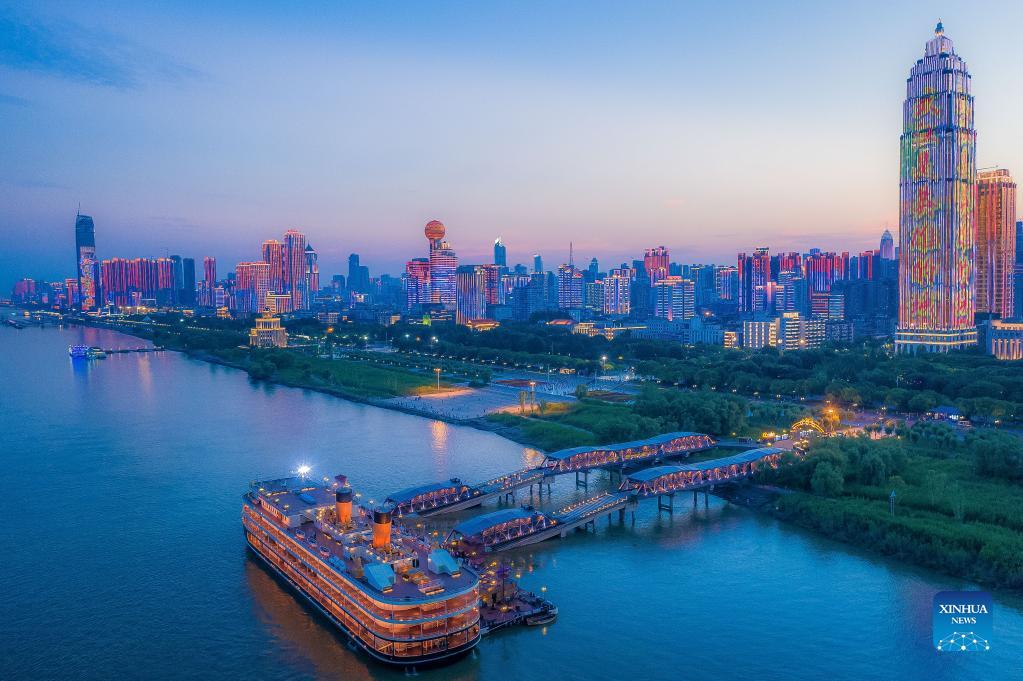 Aerial photo taken on June 23, 2021 shows a river view of Wuhan, central China's Hubei Province. The 1911 Revolution, starting with gunfire in Wuchang, now part of central China's Wuhan City, on Oct. 10, 1911, was the national democratic revolution launched by Chinese revolutionaries represented by Dr. Sun Yat-sen. The revolution brought down the Qing government and brought about the establishment of Asia's first republic. (Xinhua/Xiao Yijiu) 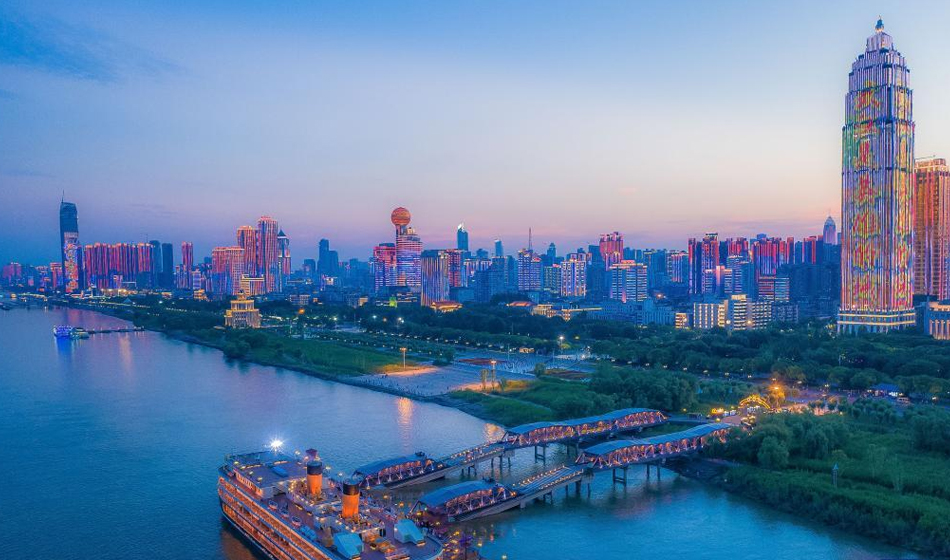