Focus: 1911 Revolution anniversary stressing complete reunification of China will be, can be realized 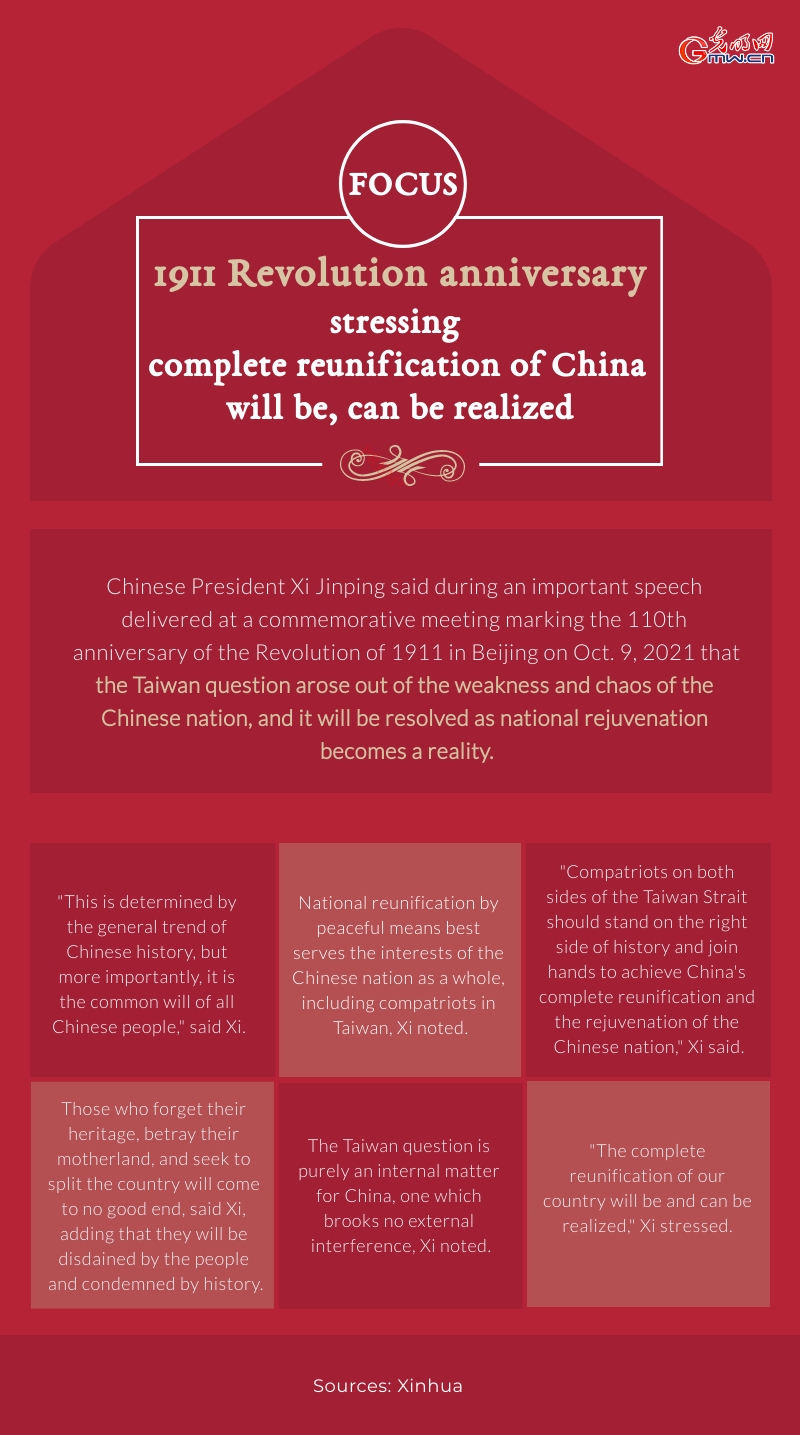 Chinese President Xi Jinping made an important speech at a commemorative meeting marking the 110th anniversary of the Revolution of 1911 at the Great Hall of the People in Beijing, capital of China, Oct. 9, 2021.

In his address, Xi said the Taiwan question arose out of the weakness and chaos of the Chinese nation, and it will be resolved as national rejuvenation becomes a reality.

"This is determined by the general trend of Chinese history, but more importantly, it is the common will of all Chinese people," Xi pointed out.

Xi noted that compatriots on both sides of the Taiwan Strait should stand on the right side of history and join hands to achieve China's complete reunification and the rejuvenation of the Chinese nation.

"The complete reunification of our country will be and can be realized," he stressed.