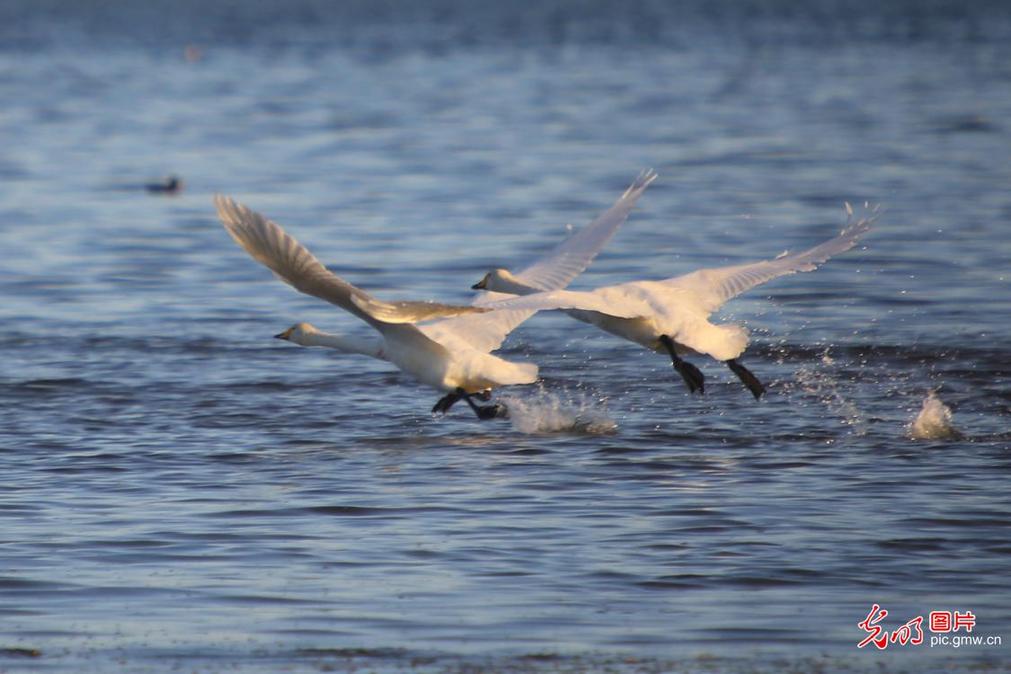 Photo taken on October 13, 2021 shows two whooper swans swimming in the Swan Lake in Rongcheng City, east China’s Shandong Province. According to staffs of the national natural reserve, the first batch of whooper swans reached the city on Tuesday, which marked the beginning of swan’s migrating season this year. (Wang Fudong/Guangming Picture)