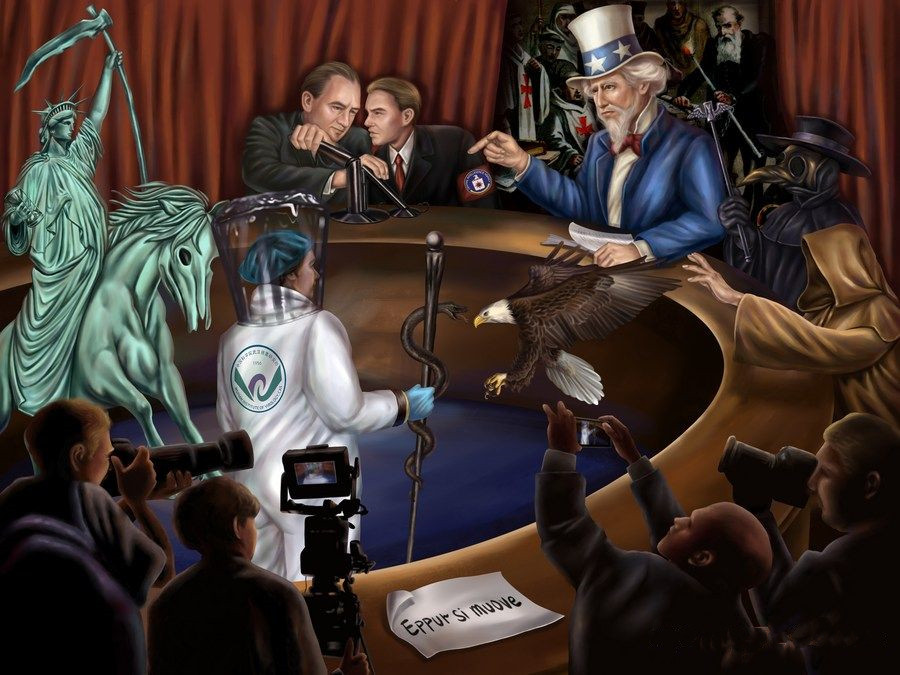 At the request of US President Joe Biden, the report on the origins of Covid-19 by the US intelligence community came out on August 24. This is like a teacher giving students an assignment. The first “assignment” provided by the intelligence services was not satisfactory to the “teacher” because it did not have a clear conclusion, so it was requested to be submitted again, and the deadline was 90 days, and the principle of the “assignment” was clearly defined. The principle of the revision was to pay more attention to China and to join international partners in pressuring China to participate in what it calls a “comprehensive, transparent and evidence-based” international investigation. The coded message is clear: to get China to “cooperate”. For the US intelligence community, this is clearly a difficult proposition, akin to drawing on a blank sheet of paper, the truth or falsity of which is judged by the “teacher”.

One of the difficulties is the demand for the so-called “truth” based on the denial of the truth. Since the outbreak of the pandemic, China has mobilized all resources at its disposal to win a major victory in the fight against the pandemic, while at the same time providing the international community with almost all the virus data and related information in a timely and comprehensive manner, as well as cooperating closely with scientific forces, including WHO experts, so the truth in the scientific sense has been very transparent so far. The unexplored origins and transmission networks of the virus, because of their global nature, naturally require long-term collaborative exploration by scientists worldwide, based on the spirit of science. Therefore, translating the long-term scientific search for a novel coronavirus into an investigation that needs to be completed in 90 days is a difficult task for the US intelligence community.

The second difficulty is the fabrication of evidence based on a conclusion-oriented approach. Since truth in the scientific or even common sense is difficult to obtain in the short term, the US intelligence services have to look beyond the professional sphere to find the elements of “truth” that satisfy politicians and the media narrative and public psyche that they influence. In other words, the need to create a professional and plausible “truth” story that will fulfil the president's mandate without undermining his own authority and institutional legitimacy. So, how to get these story elements? At the moment, it seems that the US intelligence community's efforts are directed at getting experts to stand up for it - after all, it is still a matter of professionalism, and purely political nomenclature - such as Trump's initial naming of the virus as the “China virus” – did “make sense” in terms of transnational communication and emotional mobilization, but was hardly enough to create legitimacy for subsequent gains. Thus, in the face of these difficulties, US politicians, intelligence agencies and media have had to form a discursive alliance to create a solid perceptual framework for the virus by finding and weaving the elements of the story. On the one hand, it avoids a crisis of legitimacy due to the “unsatisfactory” results of the investigation; on the other hand, it marginalizes or even covers up the possibility of virus leak from US labs, domestic social conflicts and foreign relations problems by diverting public attention. For example, in the face of the chaos and embarrassment caused by the withdrawal of troops from Afghanistan, the US political elites naturally needed a crisis story involving the majority of the world's population to redeem the “natural role” of a “savior” by evoking a common feeling of hostility towards the virus and the social problems it caused.

In order to build this story and consolidate this role, the US political and media elites have achieved a discursive alliance. The aim of the political elites is to maintain its own position of power at home, while the aim of the media elite is to deepen and refine the “China threat” theory in order to maintain its so-called “professionalism” as a lecturer and definer in the international arena of public opinion, in tandem with the political elites. Behind this is a long- and well-established “double standard” in international communication.

The main discourse of the US hegemonic power is based on the “myth” of the “novel coronavirus made in China”.

First, the process is selectively ignored. There are many factors contributing to the global spread of the pandemic, including the tracing of the source of the virus, the lagging supply of drugs, the formulation of crisis policies, the coordination of relevant stakeholders, the control of transnational borders, the struggle between political parties, the restriction of social mobility, the dissemination of science and public opinion, and so on.

Secondly, the goal is to censure the other. For any country, society or culture, the fundamental purpose of fighting the pandemic is to protect people's lives and health, and to maintain economic and social development and cultural pluralism and prosperity. However, in the face of the rampant pandemic, the US side has not paid due attention to people's lives and health, but has combined it with geopolitics, partisan rivalry, cultural prejudice and racial discrimination, using the virus and the pandemic to arouse long-buried resentments and stimulate and intensify conflicts in order to serve its own political, economic and cultural ends.

By selectively ignoring the complex process by which the virus spread, by incriminating China, the US government and the media discourse alliance are working together to create a story of international politics where the answer is in the question, and the riddle is in the riddle that Biden flung at US intelligence. From this perspective, a mere 90-day workflow also seems reasonable, as any conclusion that doesn’t involve China is irrelevant to the motivation of the US side to trace the virus back to its source. It is clear that behind this discourse is the figure of an empire that retains its cultural and discursive hegemony despite the decline it is facing.

In other words, according to the concept of hegemony as defined by Gramsci, a fundamental starting point for understanding American discourse is not only to deconstruct its own system’s problems but also to look at the Western and non-Western political forces outside the US that identify with and even sustain this discourse, as well as the more inertial international scope of some social groups and their psychological tendencies, which is the full picture of this discursive alliance.

In short, it is clear that the Biden administration's 90-day investigation into the origin of the virus is the result of a series of domestic and international conflicts, with clear political, economic, cultural and communication objectives. Behind the scenes, there is a value chain of international public opinion that is dominated and well understood by the US.

Firstly, from the perspective of communication, the US side's aim in conducting viral tracing is not to find the truth, but to further discredit the rising China and attack the political system that led China to achieve a major stage of victory against the pandemic, while maintaining the institutional superiority of the so-called democratic society and its discourse and public opinion alliance. Secondly, from a political perspective, through the origin-tracing, an investigation that gathers public attention and appeals to anger, the US government is trying to use this political manipulation to divert domestic conflicts, alleviate the trust deficit in the government and achieve the purpose of serving domestic politics through foreign communication.

Finally, the US side has a relatively clear interest in virus origin tracing, which is the most realistic and utilitarian component at the end of the value chain of such international public opinion. By launching a virus traceability investigation, the US government has presupposed the so-called liability of the Chinese government to the international community. This conclusion was reached without even the need for an investigation, and was laid down at the very beginning of the investigation's launch. The so-called compensation involves two aspects, one being the cost of pandemic prevention in various countries and the other being the cost of economic decline, thus forcing China to concede on the relevant agreements and thus suppressing China in general. Behind the creation of public opinion is the demand for political and economic interests, which is the complete logic of the international communication value chain.

Based on the above analysis, we are able to see the symbolic logic and communication logic of the US side's virus origin tracing, as well as the political and economic dynamics behind it. Therefore, we should not be carried away by this US agenda and not walk into this US discourse trap, but look for the US power schemes behind the issue, analyze the composition of the US discourse alliance, and thus carry out targeted and systematic struggle. 90 days may be the end of one story, and more likely the beginning of more stories, we need to be wise and more patient.

Contributed by Ji Deqiang, researcher of The National Centre for Communication Innovation Studies, Communication University of China, Vice director of Institute for a Community with Shared Future 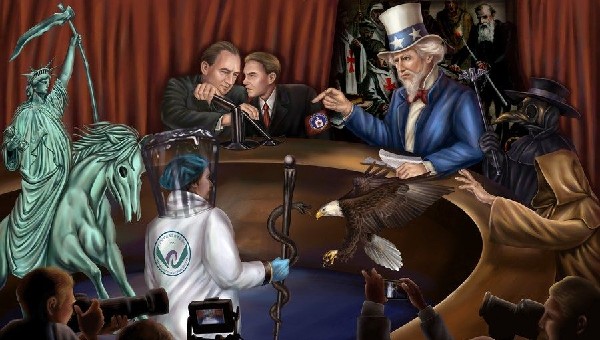