Nowadays, "peak carbon dioxide emissions" and "carbon neutrality" have attracted much attention. In response to changes in climate conditions, China has announced that it would strive to peak carbon dioxide emissions by 2030 and achieve carbon neutrality by 2060. In order to promote the realization of this goal, various places have carried out photovoltaic new energy construction, which has harvested economic and ecological benefits while developing clean energy. 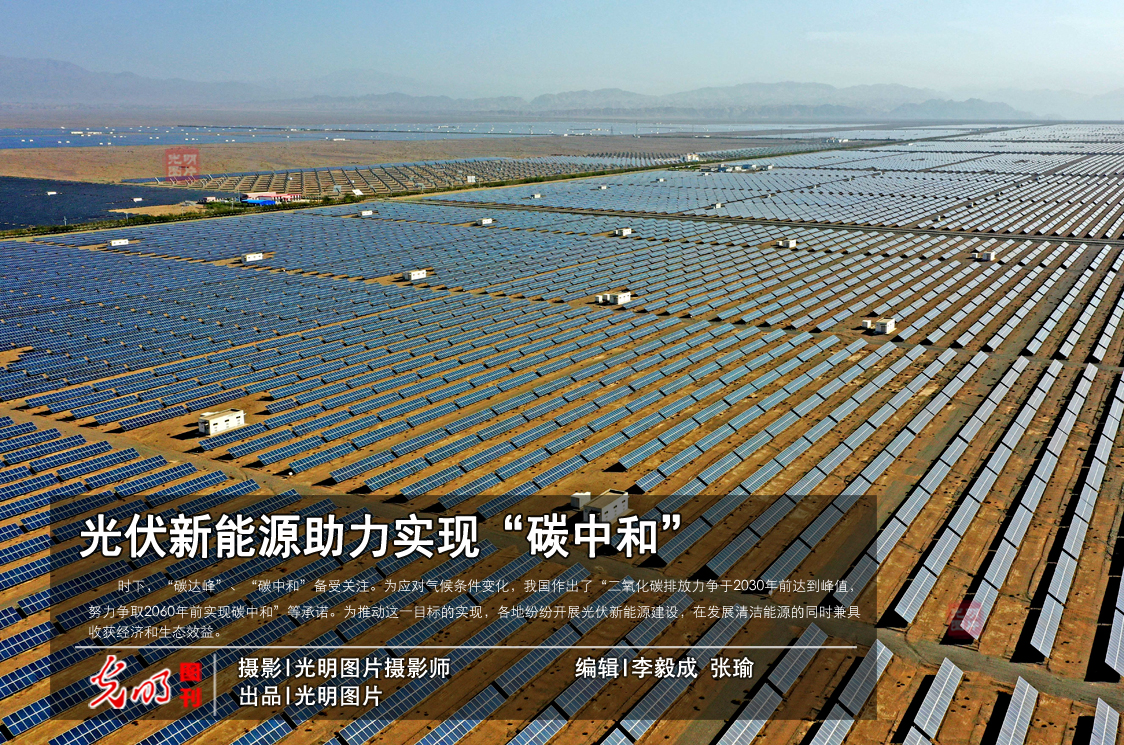 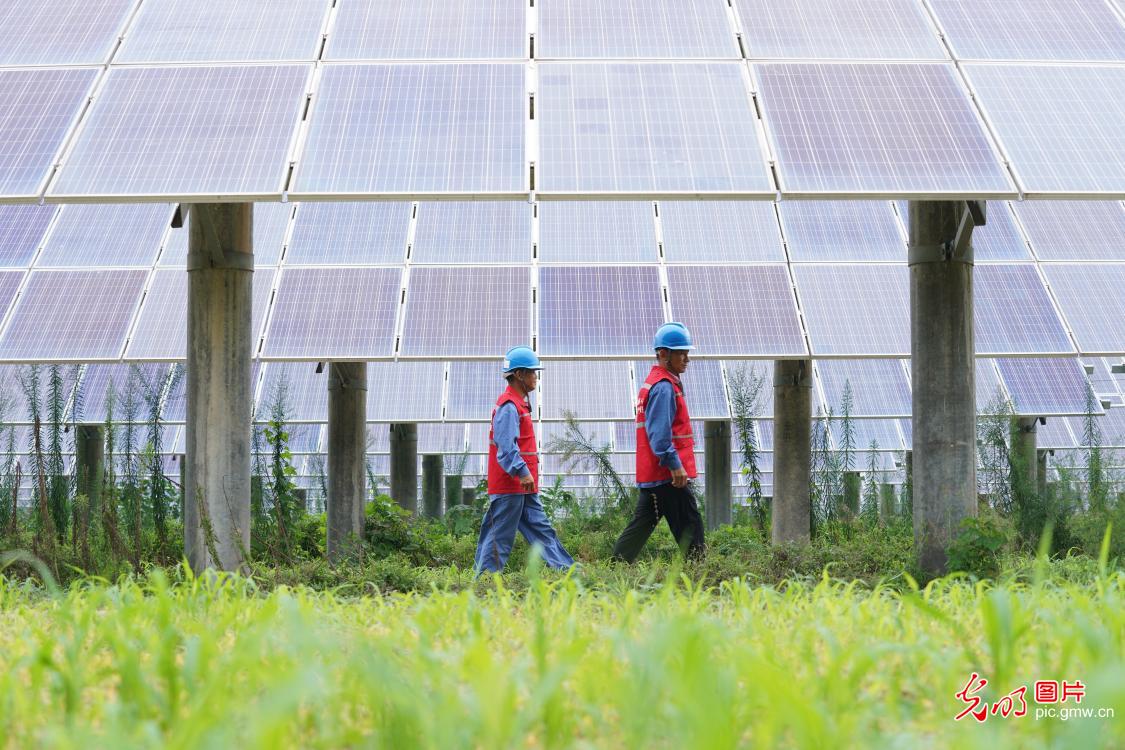 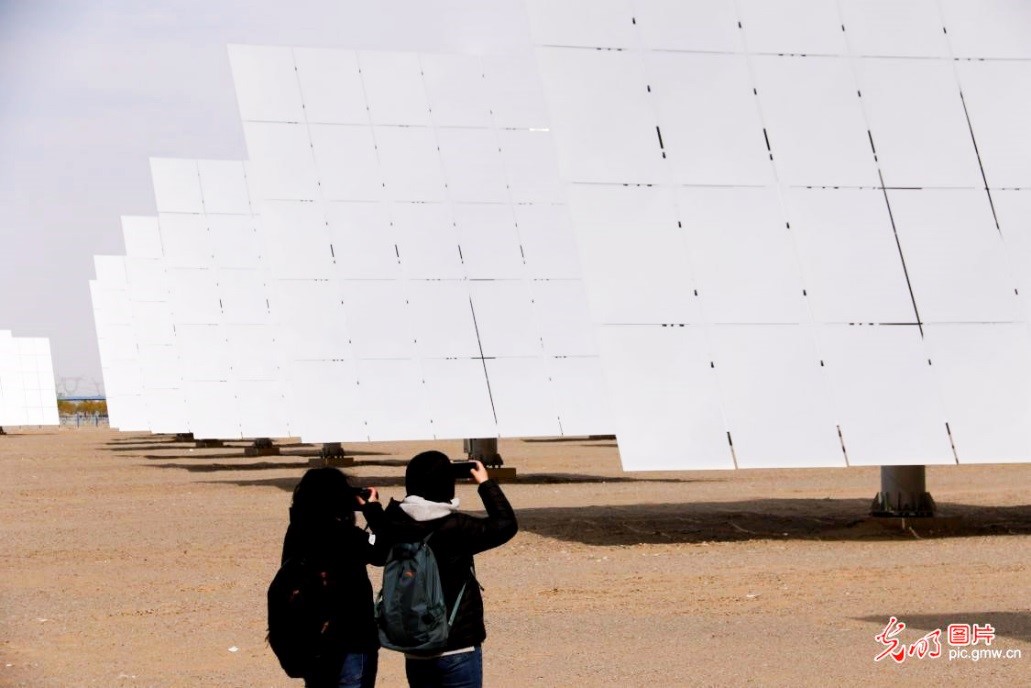 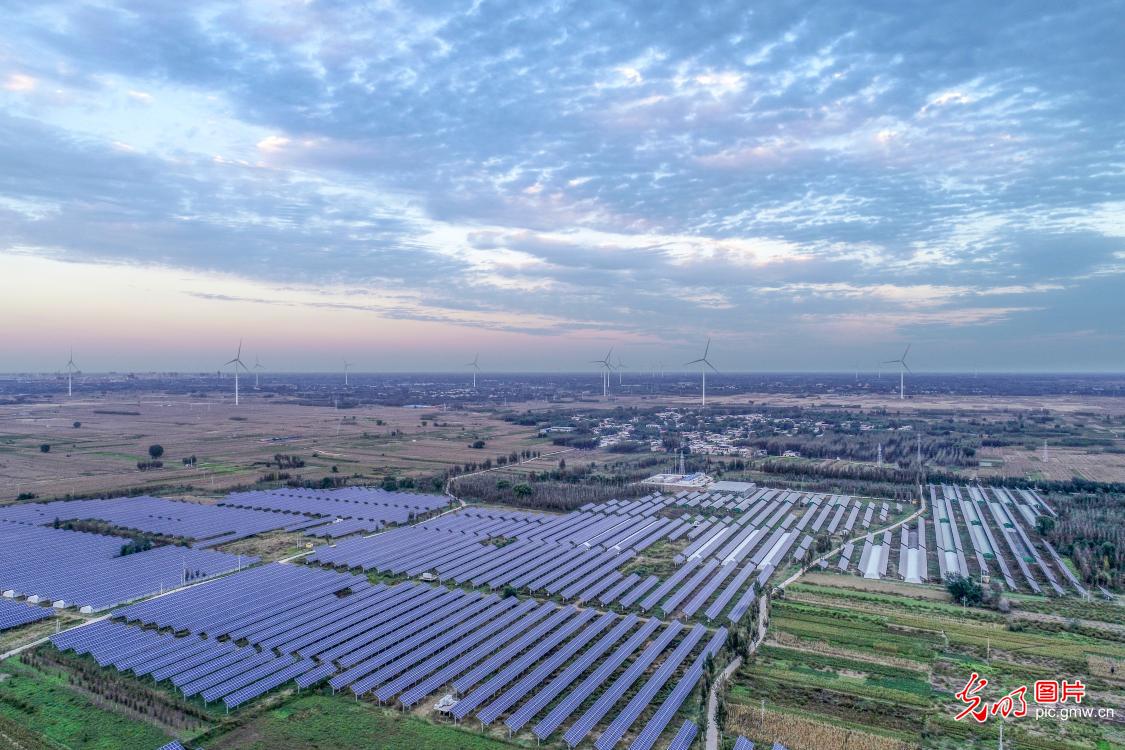 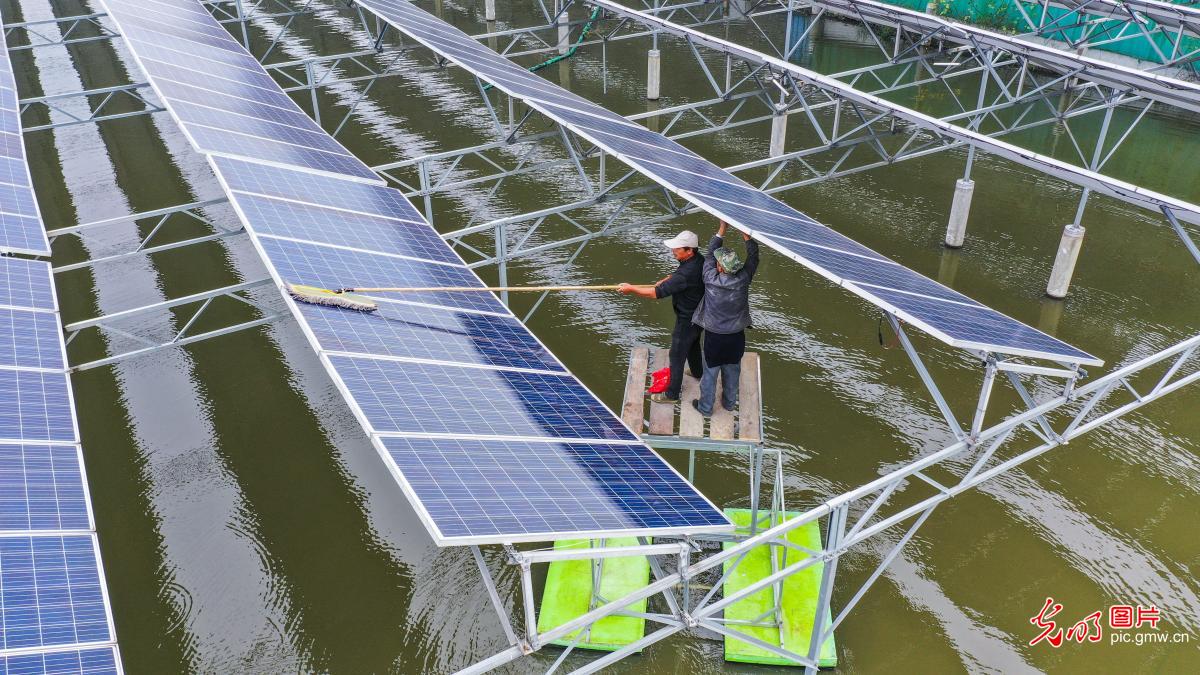 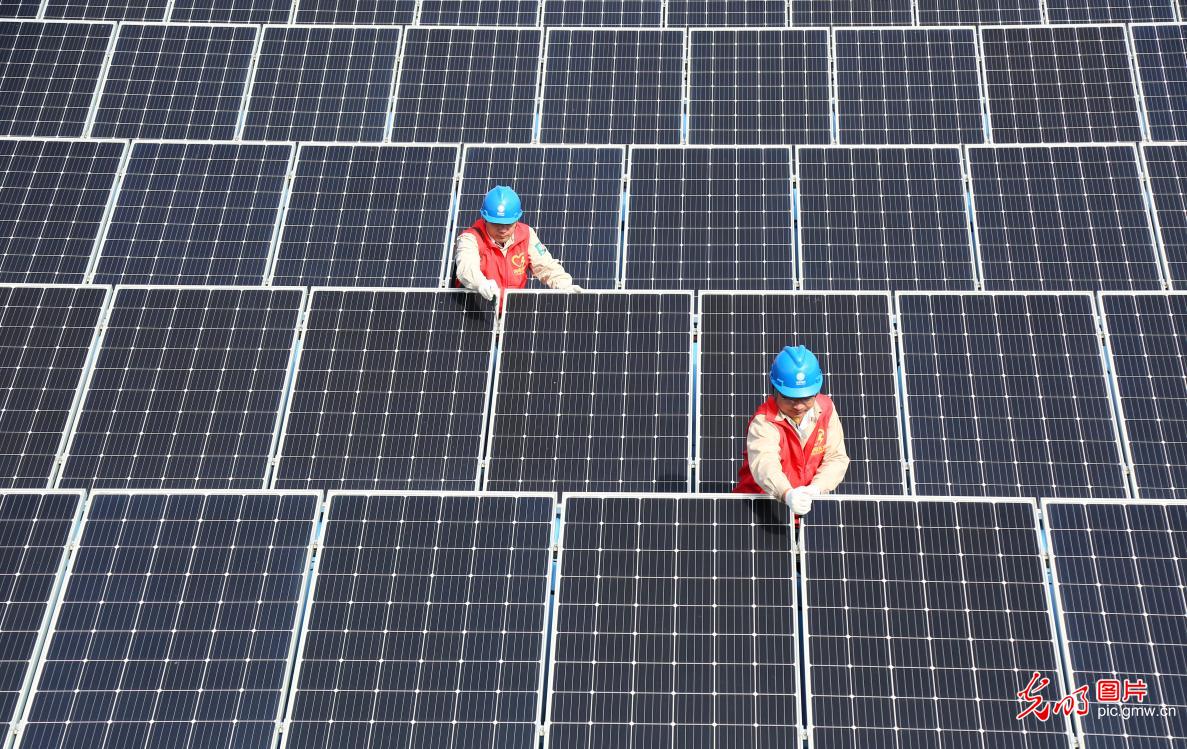 Photo taken on Oct. 12, 2021 shows workers maintaining photovoltaic power generation equipment at a company in Hai'an City, east China's Jiangsu Province. The company used the roof of the factory to invest in the construction of this distributed photovoltaic power station, which generates approximately 1.8 million kilowatt hours of electricity throughout the year, accounting for 35% of the company's total electricity consumption, saving a large amount of expenditure on electricity consumption. (Zhou Qiang/Guangming Picture) 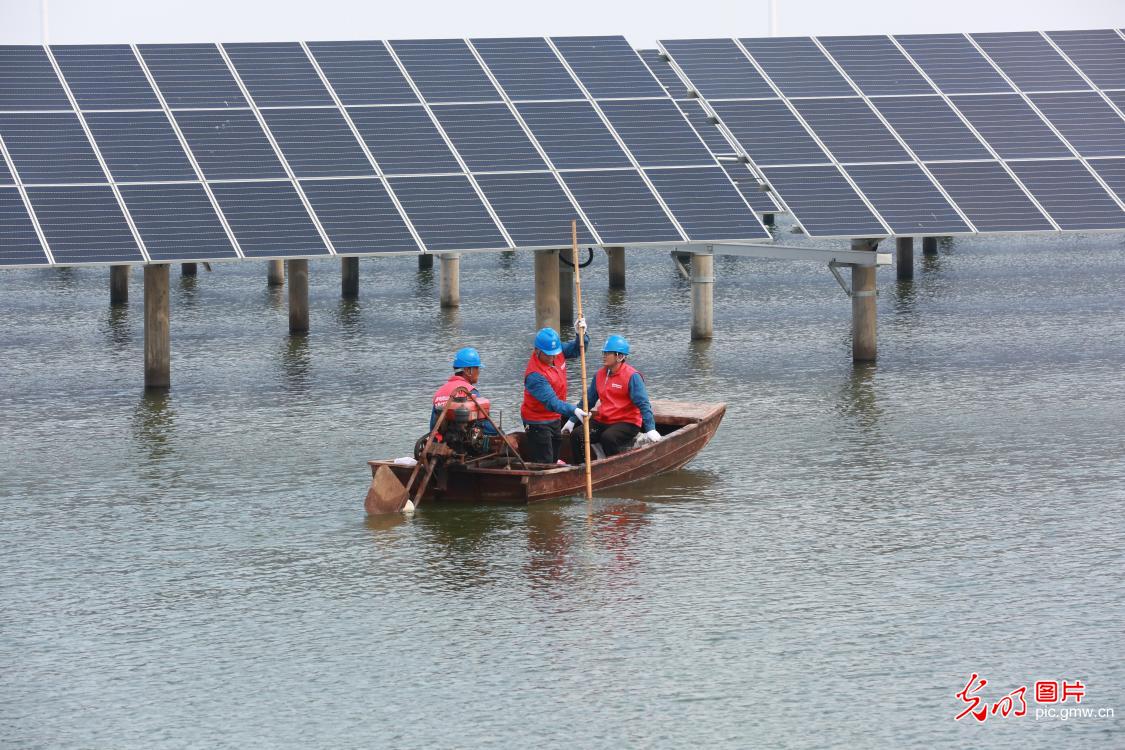