In September, the leaders of the United States, United Kingdom, and Australia announced the creation of an enhanced trilateral security partnership called "AUKUS." On the same day, the three leaders issued a joint statement, confirming the first initiative under the trilateral partnership - the US and UK support Australia in acquiring nuclear-powered submarines, and they are expected to help Australia build a nuclear-powered submarine fleet in the next 18 months.

The three countries also announced that the US, UK and Australia would embark on cooperation in cyber capabilities, artificial intelligence, quantum technologies, and additional undersea capabilities. This is another Indo-Pacific policy adopted by the US in addition to the "Five Eyes Alliance" and "QUAD". Contrary to the joint statement made by the three countries that the alliance “will help sustain peace and stability in the Indo-Pacific region”, AUKUS can only bring hidden dangers and unease to the world. Meanwhile it further reveals the US’ sinister intentions and despicable practices that serve its own interest but impair regional peace, prosperity and stability.

The creation of AUKUS shows that the "Cold War mentality" of the US and other countries is still lingering. Starting from the narrow dichotomy of "with us, or against us", the US and some other countries pieced together “Anglo-Saxon” groups in an attempt to incite antagonism in the region, build a platform for a new Cold War, provoke camp standoffs, and engage in a zero-sum geopolitical game, trying to serve US "Indo-Pacific Strategy" for its self-interests. In fact, since the end of the Cold War, peaceful development, and win-win cooperation have long become an unstoppable trend of the times. Anti-Cold War, anti-antagonism, and anti-separatism have become the consensus of the international community. In the face of various global issues, such as preventing and controlling the COVID-19 pandemic, promoting global economic recovery, preventing the spread of terrorism and weapons of mass destruction, and coping with global climate change, it is essential for the international community to abandon the Cold War mentality, make joint efforts, cooperate in full force, and respond effectively.

According to a survey by the Pew Research Center, in 2021, three-quarters of Americans believe that promoting and protecting American employment should be the top priority of American diplomacy, closely followed by fighting against diseases such as COVID-19 and combating terrorist attacks. It can be seen that the creation of AUKUS is a wrong choice that goes against the trend of the times, and also goes against American people’s priority wishes in terms of foreign policies. It will inevitably lead to dissatisfaction and resistance in this region as well as in the international community.

Regarding the establishment of AUKUS, Russian President Vladimir Putin stated that this organization is a security partnership between Australia, the UK and US, which undoubtedly undermines regional stability. France is angry and disappointed at the "treachery" of the US and Australia, and it regrets Australia’s announcement to stop cooperating with France on its "SEA 1000" and instead engage in nuclear submarine cooperation with the US. On September 17, France recalled its ambassadors to Australia and the US. Many Southeast Asian countries have expressed their concerns about the creation of AUKUS.

In fact, US leaders have repeatedly made commitments to not seeking a "new Cold War," but the creation of AUKUS, which enhances military cooperation, is enough to show that the US’ breach of promise, inconsistent words and deeds, and treachery have become the norm.

In fact, this alliance is very likely to open the "Pandora's box" of nuclear proliferation, with the three countries’ commitments to preventing nuclear proliferation becoming nonsense. Historically, the three countries, the US, UK and Australia, were the perpetrators of the nuclear disaster in South Pacific island countries. From 1946 to 1962, the US conducted 105 nuclear tests at the Pacific Test Site. Nuclear tests in the Marshall Islands accounted for 14% of all nuclear tests by the US, with a combined equivalent of 21 billion tons, accounting for 80% of all US nuclear tests. On March 1, 1954, the US conducted a hydrogen bomb test code-named " Castle Bravo" at the Pacific Test Site, with an equivalent of 15 million tons. Due to the wrong estimation of the power of the nuclear test by the US, its radioactive dust drifted to many islands where people were still inhabited and the residents were not evacuated, causing hundreds of fishing boats and more than 20,000 residents operating in nearby waters to suffer severe radiation poisoning, which is the worst radiological disaster in the history of US nuclear testing.

Australia is both an accomplice and perpetrator of these nuclear tests. Australia has allowed the UK to conduct 12 nuclear tests in its territory. The UK has also conducted many nuclear tests in Kiribati. These nuclear tests have severely damaged the local environment, with nuclear waste remaining till today and nuclear radiation still endangering local residents. History can reveal the present and warn the future. The leaders of the US, UK and Australia have promised that what Australia obtains is the nuclear reactor for submarine power rather than nuclear weapons, nor will submarines be equipped with nuclear weapons and Australia will fulfill its obligations of nuclear non-proliferation. However, in history, the US, UK and Australia have harmed South Pacific island countries through nuclear tests. Currently, the US and Australia have conspired to tear up the submarine contract between Australia and France to build submarines. In addition, the US is the only one of the five nuclear powers that refuses to ratify the South Pacific Nuclear-Free Zone Treaty. Considering the treachery and irresponsibility of the three countries, how can we trust the credibility and persuasiveness of the commitments made by the US, -UK and Australia?

The US and UK’s assistance in building and deploying a nuclear submarine fleet in Australia is a flagrant violation of the principles and spirit of nuclear non-proliferation established by the Treaty on the Non-Proliferation of Nuclear Weapons and its additional protocols. Australia is a non-nuclear country that has signed the Treaty on the Non-Proliferation of Nuclear Weapons. As one of the few countries that has mastered the nuclear submarine manufacturing technology, the US and UK take developing the nuclear-powered submarine as the excuse to export to Australia nuclear technology of building nuclear reactors and weapon-level enriched uranium. Australia will become the second country that has American nuclear submarine technology after the UK.

It seems that Australia has obtained nuclear submarine technology through cooperation with the US, but it is unwise for Australia to tie itself to the American chariot and serve as a pawn and victim of US hegemony and power politics. This may bring hidden dangers and risks of nuclear proliferation, which will be a sharp sword hanging over Australia. What AUKUS will bring to the South Pacific region may be a recurrence of the nuclear nightmare. It will also have serious impacts and negative implications on Southeast Asian countries’ efforts to build a nuclear-free zone over the years, thereby threatening the overall denuclearization of the world.

Thanks to the joint efforts of China and ASEAN for many years, the region has maintained peace and stability for long and has now become the most dynamic region in the world with the greatest potential for economic development, showing a prosperous scene. China's Belt and Road Initiative has injected a strong impetus into the development and cooperation in the region. However, the three countries, the US, UK and Australia, go against the tide and piece together small groups. The US tries to implement the "Two-Ocean Strategy" with its two allies, the UK and Australia, creating regional tensions, setting up barriers and adding many uncertain factors to regional peace, stability and prosperity. The attempts of the US, UK and Australia to use disgraceful means to disturb the existing order and to instigate regional conflicts for the purpose of gaining self-interests have aroused the vigilance and resistance of many countries in this region. Their attempts to undermine regional peace, development and stability are doomed to fail.

Contributed by Tang Yanlin and Huang Xiuping, both are research fellows at the Research Center of the Theoretical System of Socialism with Chinese Characteristics, Liaoning University 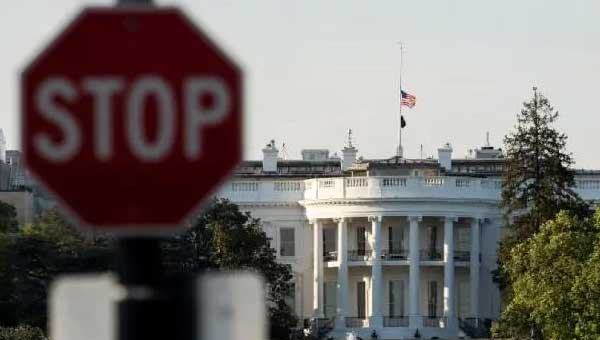