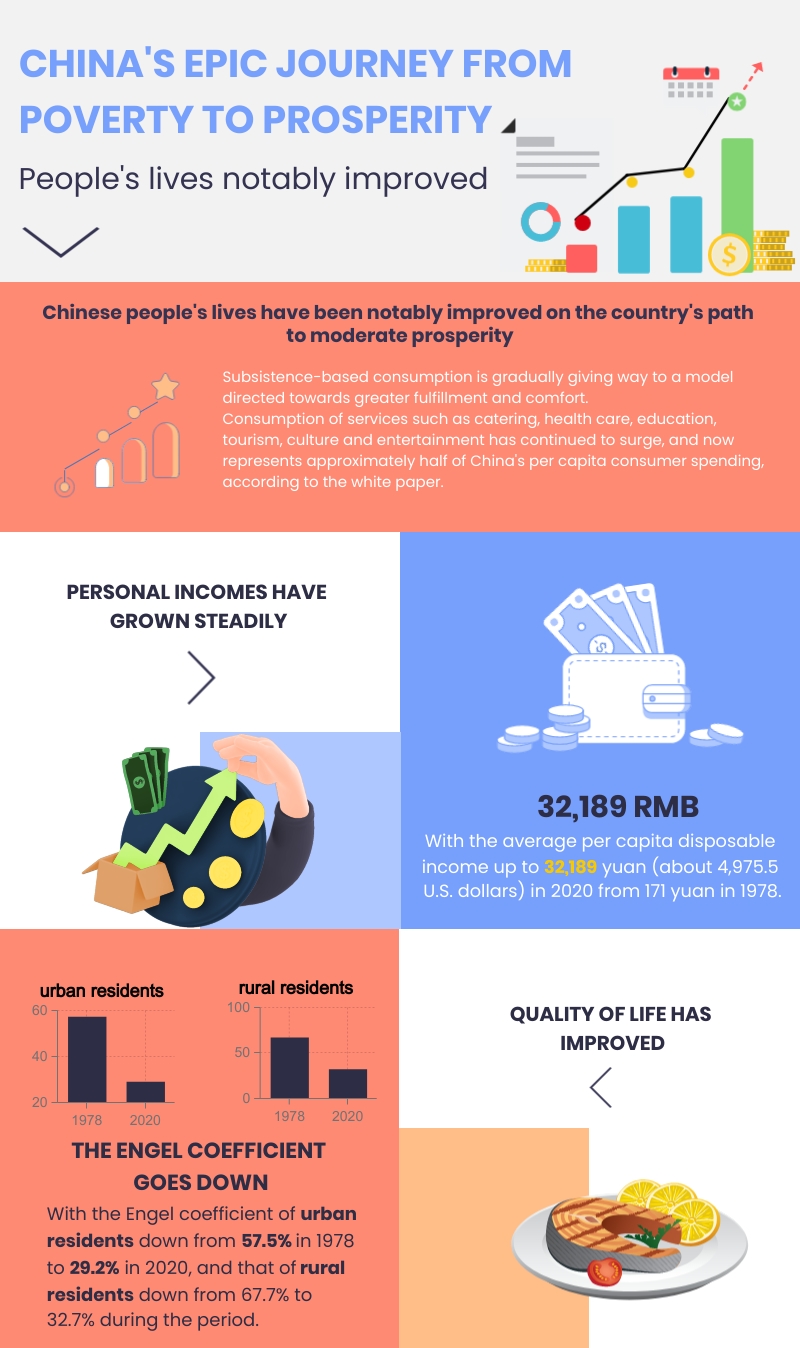 Chinese people's lives have been notably improved on the country's path to moderate prosperity, according to a white paper released by China's State Council Information Office.

Personal incomes have grown steadily, with the average per capita disposable income up to 32,189 yuan (about 4,975.5 U.S. dollars) in 2020 from 171 yuan in 1978, according to the white paper titled "China's Epic Journey from Poverty to Prosperity."

Subsistence-based consumption is gradually giving way to a model directed towards greater fulfillment and comfort, the white paper noted.

Consumption of services such as catering, health care, education, tourism, culture and entertainment has continued to surge, and now represents approximately half of China's per capita consumer spending, according to the white paper.（Produced by GMW.cn）