China has participated in all aspects of global governance within the framework of the United Nations, demonstrating its responsibility as a major country. At a time when the trend of counter-globalization, terrorism and climate change are becoming increasingly serious, China upholds the concept of a community with a shared future for mankind, adheres to the concept of global governance based on the principle of "extensive consultation, joint contribution and shared benefits", and promotes the reform and improvement of the global governance system.

After the outbreak of the international financial crisis in 2008, China was pushed to the forefront of global economic governance. The first G20 summit was held, marking China's first participation in the global economic governance mechanism as a founding member and core member. In November 2016, the "Belt and Road" initiative was included in the UN General Assembly resolution for the first time. In September 2017, the UN General Assembly adopted a resolution to include the principle of "extensive consultation, joint contribution and shared benefits" in the resolution on "The United Nations and Global Economic Governance".

China has joined hands with the international community to address climate and environmental challenges. Since the 1990s, China has contributed to the international consensus on addressing global warming within the framework of the UN, and has established a global climate governance mechanism based on the United Nations Framework Convention on Climate Change (UNFCCC). Since the 18th National Congress of the CPC, China has put forward the idea of building a community of shared future for mankind and building a world of lasting peace, universal security, common prosperity, openness, inclusiveness, cleanliness and beauty from the perspective of the development of all mankind, which has received wide resonance worldwide. In October 2021, China hosted the 15th Conference of the Parties to the Convention on Biological Diversity (CBD) in Kunming, issuing an initiative to the world to protect biodiversity and build a global ecological civilization, presenting a precious gift to the UN on the occasion of the 50th anniversary of its return to the UN.

Under the background of novel coronavirus that has triggered a global crisis, China is urging the international community to turn crisis into opportunity and build a community of human health. China supports the central role of the UN and the World Health Organization in improving global public health governance, and has responded positively to the global humanitarian response plan launched by the UN, launching the largest global humanitarian operation since the founding of new China. At the opening ceremony of the 73rd World Health Assembly, China announced $2 billion in international aid over two years. To date, China has provided $50 million in cash assistance to the WHO, provided anti-pandemic assistance to 151 countries and 14 international organizations, and dispatched 37 teams of medical experts to 34 countries. 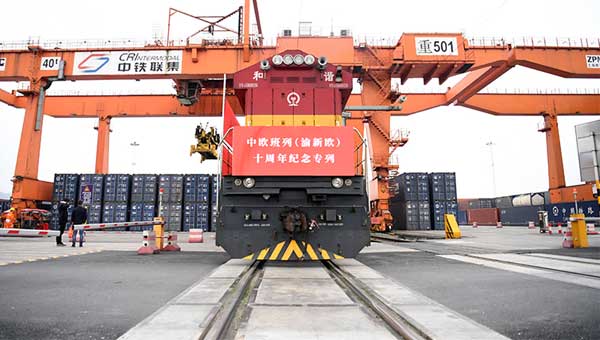