Shanghai, a hotbed of openness, is once again meeting the "CIIE time" in the golden autumn. Under the premise of ensuring COVID-19 prevention and safety, the 4th China International Import Expo was held as scheduled, reflecting China's sincere desire and mission to share market opportunities with the world and promote world economic recovery. In fact, this year's CIIE is being held in a more special historical context.

In July, the Communist Party of China celebrated the 100th anniversary of its founding; in October, we solemnly commemorated the 50th anniversary of the restoration of the legal seat of the People's Republic of China in the United Nations; and in November, we will soon celebrate the 20th anniversary of China's accession to the World Trade Organization (WTO). These important milestones mark the dramatic changes that have taken place in China's international status and role over the past 100 years. They mark the resounding steps that China has taken to make its voice heard, contribute its wisdom and demonstrate its role on the world stage.

At present, the global pandemic continues to evolve, the international situation is complex and volatile, and economic globalization is experiencing twists and turns ... Various unfavorable external factors are still posing ongoing challenges. But the more challenges we face, the more we can demonstrate our determination to continue opening up to the outside world, and the more we can highlight the special significance of such a trade event.

This year, the total exhibition area of the enterprise exhibition section exceeded that of the previous one, the turnout rate of the world's top-500 and industry-leading enterprises exceeded 80%, the number of overseas small and medium-sized enterprise group exhibitors increased by 30%, and dozens of world-renowned enterprises have signed “future contracts” with the fifth CIIE in advance...These facts undoubtedly convey the following signals:

The CIIE has become a wide channel for the world to share the Chinese market. From China's creation to the world's sharing, the open platform represented by the CIIE has continued to promote the global sharing of factor resources, making China's market an important part of the world's. In the first three quarters of this year, China's import and export of goods grew by 22.7% year-on-year, with double-digit growth in imports and exports to major trading partners, and exports to China becoming the main driver of foreign trade growth for many countries. Werner Paumann, Chairman of the Management Board of Bayer AG, said that the CIIE is of great importance, not only as an international trade event, but also as a reflection of China's great contribution to economic globalization and as a major driving force in global economic recovery.

The CIIE has become an important platform for China to launch new ideas and initiatives for high-level opening up. Since 2018, each session of the Fair has announced a series of opening-up initiatives to the world. Since the first session of CIIE, China has launched a series of major initiatives to expand openness in building a new high ground for opening up, promoting trade liberalization and facilitation, continuously optimizing business environment, and deepening economic and trade cooperation between China and foreign countries. Over the past three years, the Chinese government has kept its word and implemented one initiative after another. As Mao Xuxin, chief economist of the National Institute of Economic and Social Research (NIESR), said, China's expansion of openness and promotion of win-win cooperation, as well as its good faith, have not only given impetus to China's high-quality development, but also injected strength into global economic recovery. 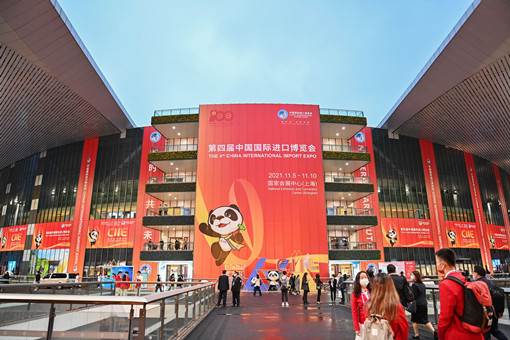