Pursue common development in the spirit of mutual benefit and inclusiveness

The COVID-19 pandemic has exacerbated the poor-rich gap and development divide. In the face of development and governance deficits, all countries need to prioritize pandemic control and economic recovery to achieve robust, green and sound development. Recently, President Xi Jinping proposed a global development agenda at the general debate of the 76th session of the UN General Assembly to pursue mutual benefit and inclusiveness in order to achieve balanced and adequate development between and within nations.

Due to the rebounds of the pandemic and disruption of supply chains, the IMF has revised its prediction of global economic growth for 2021 from 6% to 5.9%. Developing countries can mobilize fewer resources by their economic stimuli than developed countries. Developing countries, especially low-income countries, have to deal with inflation brought by over-issuance of global currencies and lagged behind in pandemic control due to inadequate access to vaccines.

The pandemic has also changed global wealth flow and highlighted unbalanced and inadequate development. Despite the fact that countries around the world have made efforts to narrow the poor-rich gap, the pandemic hits the poor population harder and drags some of them to dire poverty. As a result, there is a tendency of an increase in the Gini coefficient in 2020 across the world.

Countries around the world need to contribute to an open world economy, uphold the multilateral trade mechanism based on WTO rules, oppose unilateralism and protectionism to smooth and stabilize global supply chains and facilitate economic recovery, which will lay a solid foundation for reducing the poor-rich gap and overcoming development divide.

The relationships between government and market, equality and efficiency, technology and employment concern whether sustained economic growth can be achieved. On the one hand, developing countries need to be supported by means of extended expiration deadlines of debts and aids, taking into consideration their special needs. On the other hand, major economies need to play their role in enhancing policy coordination among countries to create equal and balanced partnerships.

An equal and fair vaccine distribution system can ensure the availability and affordability of vaccines in developing countries and lay a solid foundation for common development. China will provide 2 billion doses to the rest of the world by 2021. In addition to the $100-million donation to the COVAX, China will donate an extra 100 million doses to developing countries this year. Following the idea of a community of shared future for mankind, China has taken concrete actions to ensure the availability and affordability of vaccines by promoting fair and rational vaccine distribution and made efforts to prevent developing countries from falling into development divide due to failed pandemic control. 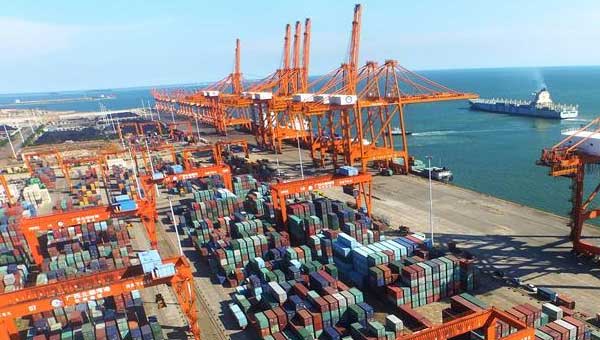