Find your coffee: A guide to the coffee of trend in Chaoyang, Beijing

In recent years, China’s coffee market has developed rapidly in pace with China’s broader economy and society. As coffee culture gradually forms in the world’s major cities, the number of coffee shops becomes a reference to measure how internationalized a city is. Beijing, China’s capital, has witnessed a fast growth of both overseas and domestic coffee brands over the past few decades.

The district rocking the most cafés in Beijing is Chaoyang, taking up over 40% of the city’s total number. One obvious cause of formation is the fact that Chaoyang District has long served as Beijing’s, as well as China’s diplomatic district. Many foreign embassies and legations are gathered here, forming an internationalized neighbourhood for coffee shops to flourish.

Through decades of development, coffee shops in Chaoyang are now mainly distributed in business areas like the CBD, Dawanglu, Wangjing, Liangmaqiao and Chaoqing, or in cultural and creative parks like Gaobeidian, Shuangjing and Sanjianfang, where a steady flow of customers - largely belonging to Generation Z - is guaranteed.

Diverse styles of coffee shops have emerged in Chaoyang District to satisfy various demands of coffee consumers. From large-integrated coffee chains to burgeoning new coffee brands, from cost-effective cafés to quality-and-environment-oriented cafés, your choice of coffee can sure be found there.

Though it did not start in Chaoyang, Berry Beans now has half of its branches set here for the district’s fair location and huge consumer group. Keeping “coffee beans” as its core, the brand tries out various shop styles prioritizing different key dimensions such as flavor, proficiency, location, atmosphere, demands, and so on. 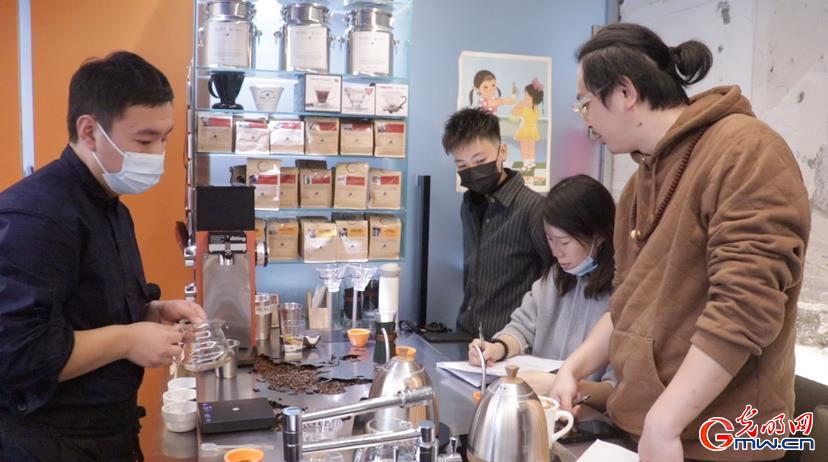 The development of such brands offers new options for consumers, especially Chaoyang citizens, whether to eat-in or take-away, to grab a fresh cup of coffee on a daily basis. Moreover, many brands now host SCA certified coffee training courses, welcomed by consumers, baristas and coffee enthusiasts.

In addition, large international chain brands also stand as fine choices for a good cup of coffee. According to data collected by the Meituan platform, Starbucks is the most searched coffee brand in coffee-related category. Furthermore, traditional chain brands such as COSTA from the UK, Tims from Canada, Peet’s from the US, Lavazza from Italy and %Arabica from Japan all have large numbers of outlets in Chaoyang. 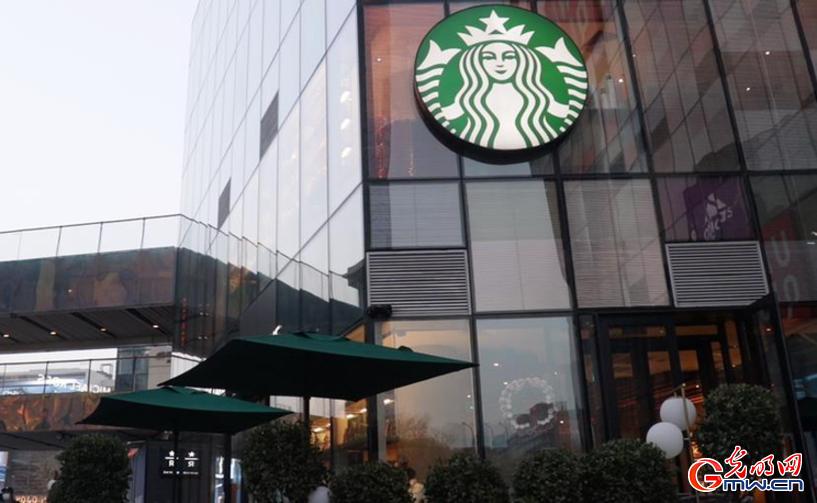 The growing potential of Beijing’s coffee market has attracted the attention of international coffee brands, paving the way for greater expansion. Starbucks, for example, is expected to increase the planned number of new outlets in Beijing from 60 to 100 per year.

When thinking about the most convenient form of coffee shops in Chaoyang, what comes to mind is coffee trucks, a fresh and creative kind of coffee culture that has only recently arrived in Chaoyang. Whereas other coffee shops remain stationary, coffee trucks represent change and excitement. While most trucks in Chaoyang stay in the same place, some do not have fixed opening hours, such as Move Coffee. You have to check each day to see if the truck is open or not. The uncertainty builds up anticipation and makes people feel more excited about the coffee, and helps consumers form a deeper connection to this place.

Aside from the element of surprise, coffee trucks are also more accessible. Unlike the traditional way of entering a coffee shop to get coffee, with a coffee truck, coffee becomes mobile and comes to you instead. By becoming available in the center of public spaces, coffee trucks close the distance between coffee and consumers. The rhythm of buying coffee becomes fast-paced as people can simply grab and go, without the need to take a seat or linger in one setting. 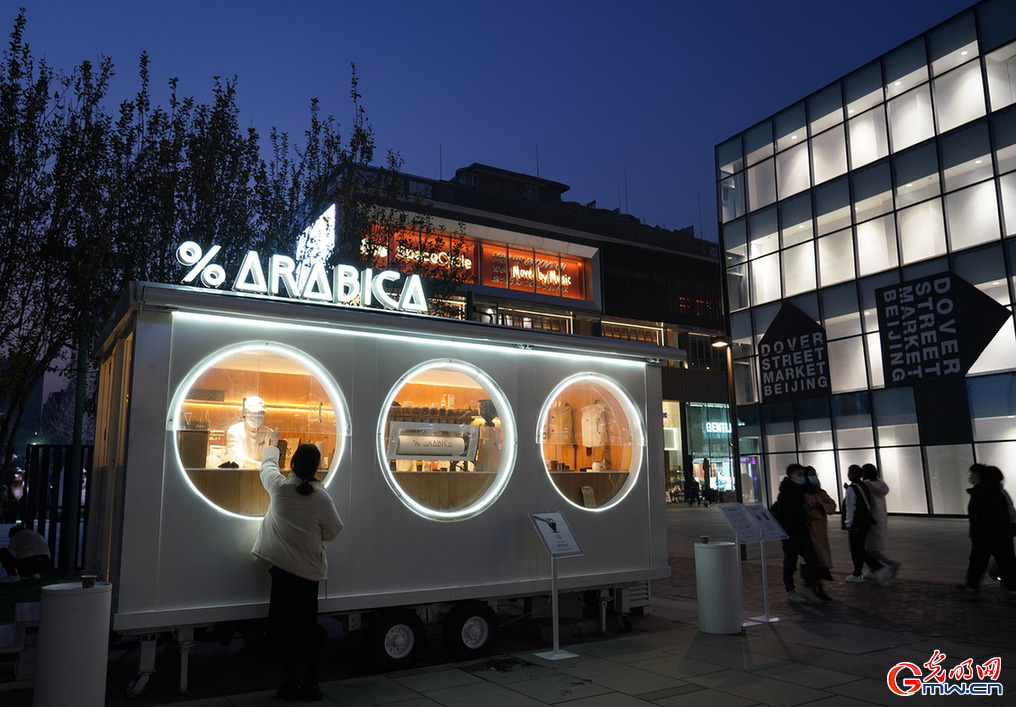 Most coffee trucks in Chaoyang are located in popular commercial or scenic areas, such as the pop-up shop of %Arabica found in the shopping square of Sanlitun, and Move Coffee situated near Liangma River. They form their own corner within the crowded scenes, and the nicely decorated vehicles also become attractions themselves.

Coffee trucks like %Arabica, which belongs to a chain brand, has a more exquisite design with its glass windows and a snow-white exterior. However, such design also separates baristas and consumers, as there is only limited space for personal engagement. Trucks like Move Coffee, which is a personal brand, tends to create more intimate experiences for consumers. The open space of the truck allows consumers witness first-hand how the coffee is being made, and they can also make conversations with the baristas. This showcases the diversity of mobile coffee, where each coffee truck has its own characteristics and provides consumers with distinctive experiences. Though mobile coffee is just a recent emergence, with its easy accessibility and fast service, it will only become more ubiquitous in time.

Walking into the automated silver doors that resembles a spaceship, one enters into a futuristic environment surrounded by UFOs and space capsules, a setting that breaks away from ordinary life. This otherworldliness fills up the space of Twoo Cuup, a café with a fantastical atmosphere memorable upon first sight, which offers something drastically different from the city life of Beijing. The mysterious, avant-garde, and eccentric ambience is combined with drinks served in pill bottles, named after medicines, and even come with paper prescriptions, which take inspirations from The Matrix – a shot-out to another scientific anthem. What seeps through the elaborate designs of both the décor and the drinks is the philosophy behind Twoo Cuup: to serve as an escape zone to those in need of a place to relax and forget about the trivial matters of their daily lives, to draw them into a transcendental environment that acts as a distraction for however long is needed. 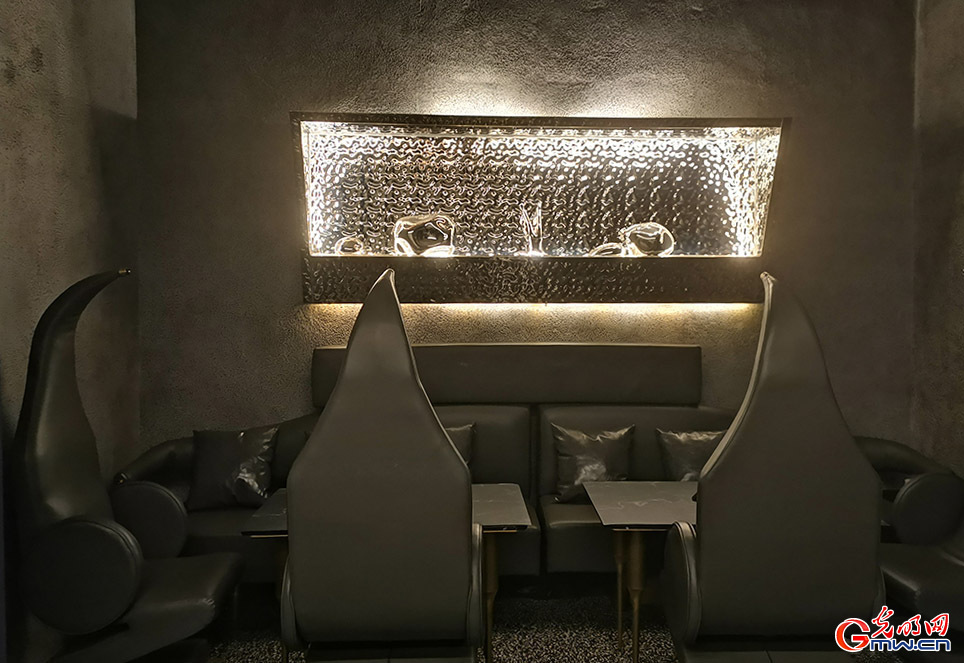 The attentiveness to décors and designs and the dedication to creating quality coffee with unique names, colours, and flavors are not limited to Twoo Cuup, but are a commonality shared by Chaoyang cafés that are committed to creating distinct atmospheres to draw customers into immersive experiences. While Twoo Cuup provides a futuristic escape, il gatto coffee and Double Uncle adopted minimalistic décors, decorating their spaces with paintings, books, and posters to bring about a sense of warmth. They hope to become homely places for customers who come by. 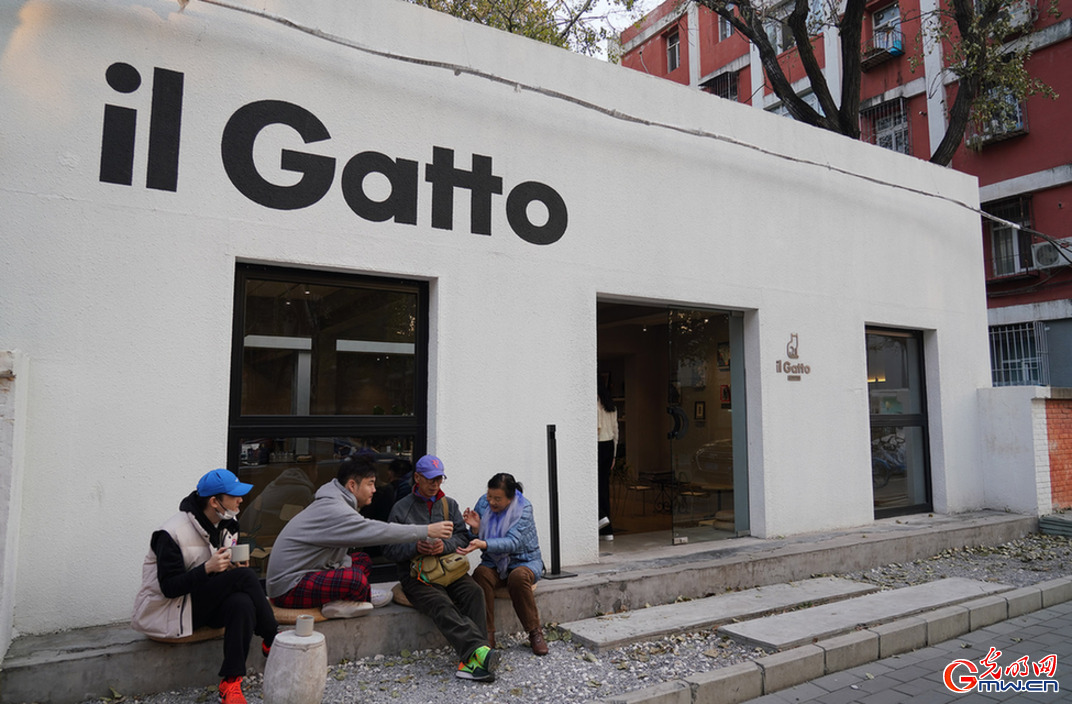 While these cafés are normally crowded, they are located in secluded areas where you wouldn’t expect to find them, as in the corner of a cultural park, or in the middle of a residential area. The purpose of such location-picking is to avoid commercialization, as the café owners hope to focus on the quality of the products and the service. This creates an interesting contrast, as the tranquillity outside emerges into a sense of coziness once you walk in. The hidden locations make you feel liberated, where you are free to do whatever you want in these specific settings. To drink, to read, to enjoy a conversation, or simply to relax and recharge. 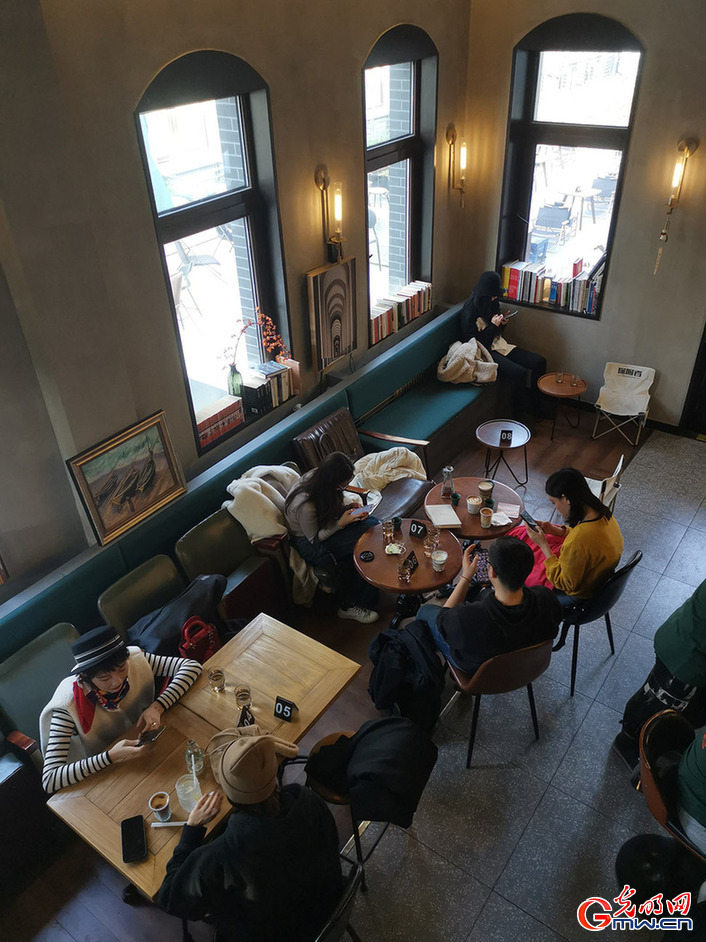 In these spaces, situated at the heart of Chaoyang, coffee becomes more than just a drink. It merges with the design, the service, the music, and the décor. It becomes one with the place, and offers a sense of belonging to anyone who drops by.

Creative coffee reflects the ability of a café to update its products, which is also its key competitiveness to attract consumers. Baristas in Chaoyang District are creative magicians who made unprecedented attempts in transforming the taste and form of coffee. The products you can find here are the quintessence of the coffee industry and the art of ingenuity. 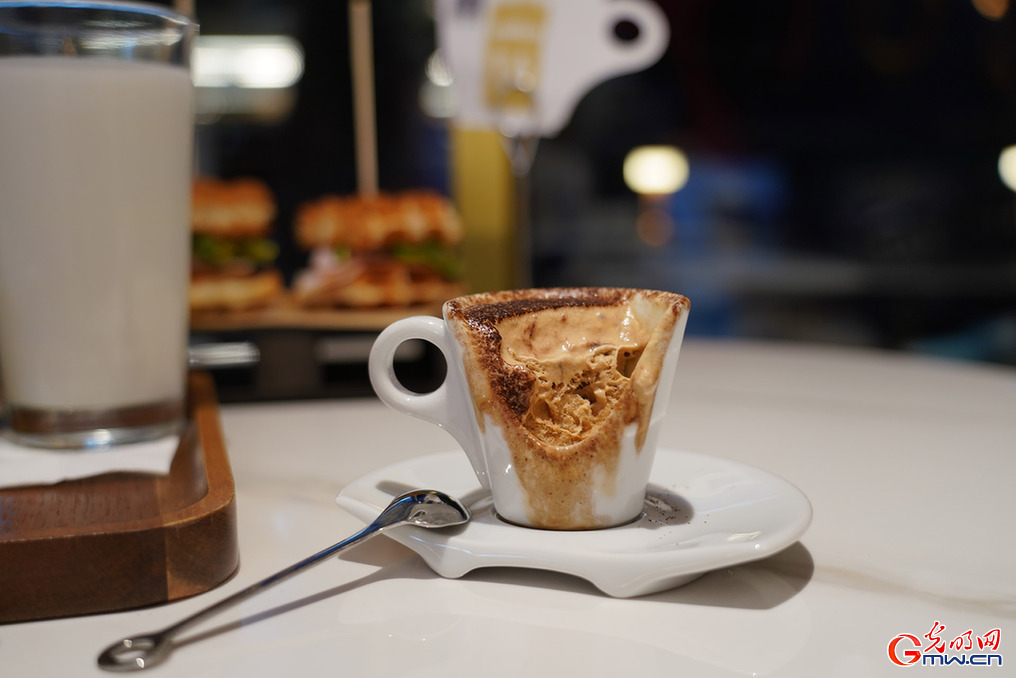 In October 2019, on Tianli Street near Shuangjing, Chaoyang District, a store with a “punk health coffee” sign opened. The slogan “coffee with medlar, get up early tomorrow” explained its seemingly contradictory product idea: a coffee mixed with traditional Chinese medicine. At a closer look, one finds the name of the store, which is also the source of its business inspiration: Tongrentang. 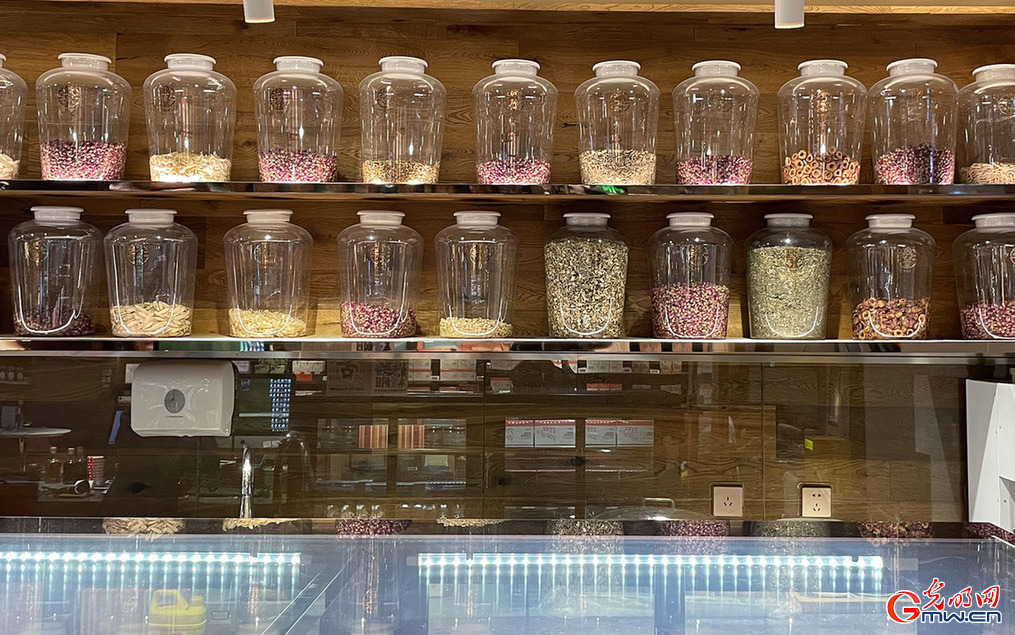 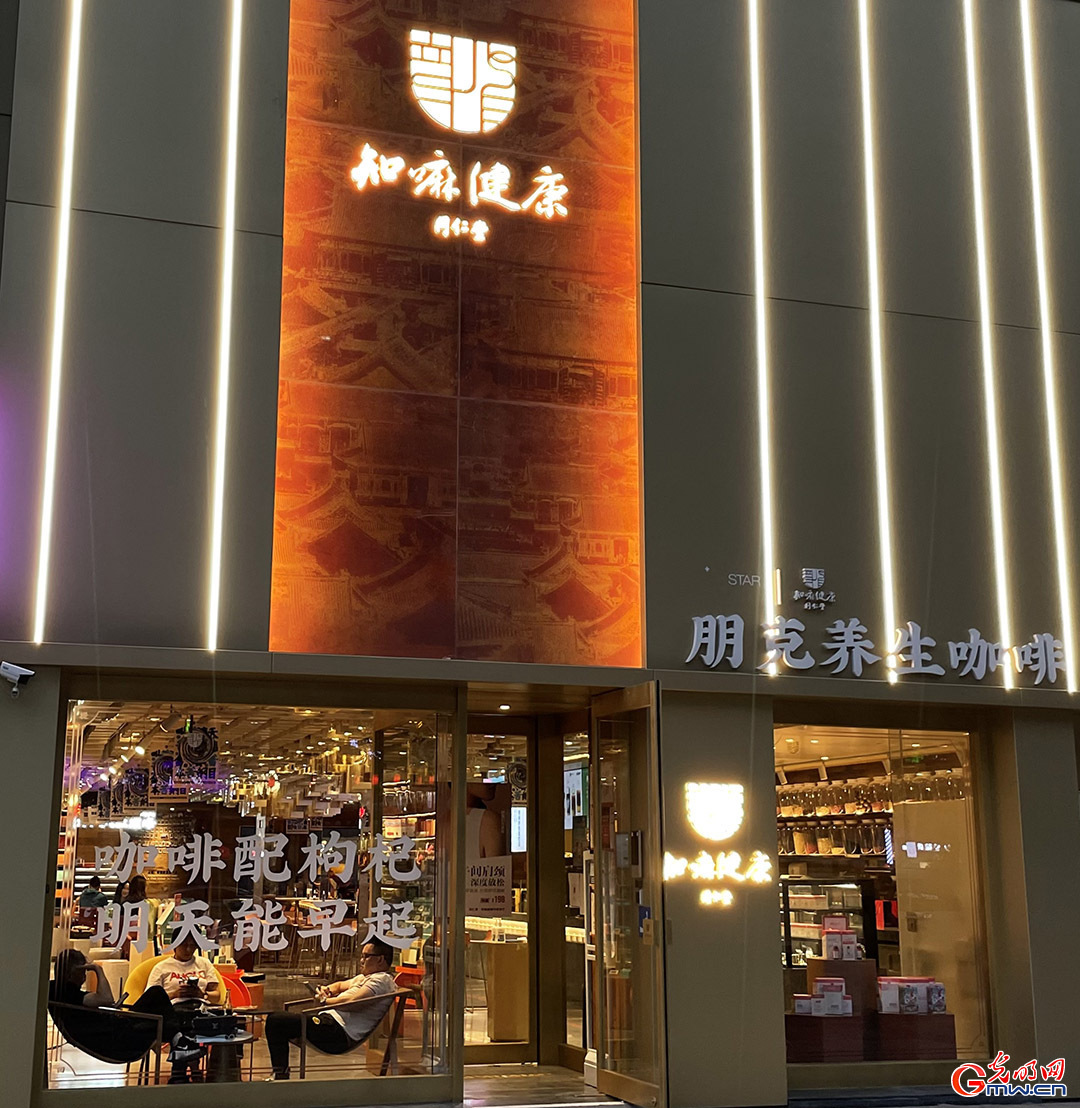 Tongrentang is not the only brand trying to distinct itself through creating coffee with unique tastes. Other cafés in Chaoyang also introduced coffee drinks with rare ingredients, some are inspired by the traditional street food in Beijing like bingtanghulu, while others created functional purposes for the drinks. Awakecilin by Twoo Cuup, made by Columbia Rose Valley coffee cold brew and non-alcoholic distilled liquor, along with honey, ginger, and lemonade, was served in a glass pill bottle attached with a medical prescription. The idea is that the drink is actually a medicine to those who need refreshment, which explains the unusual ingredients. 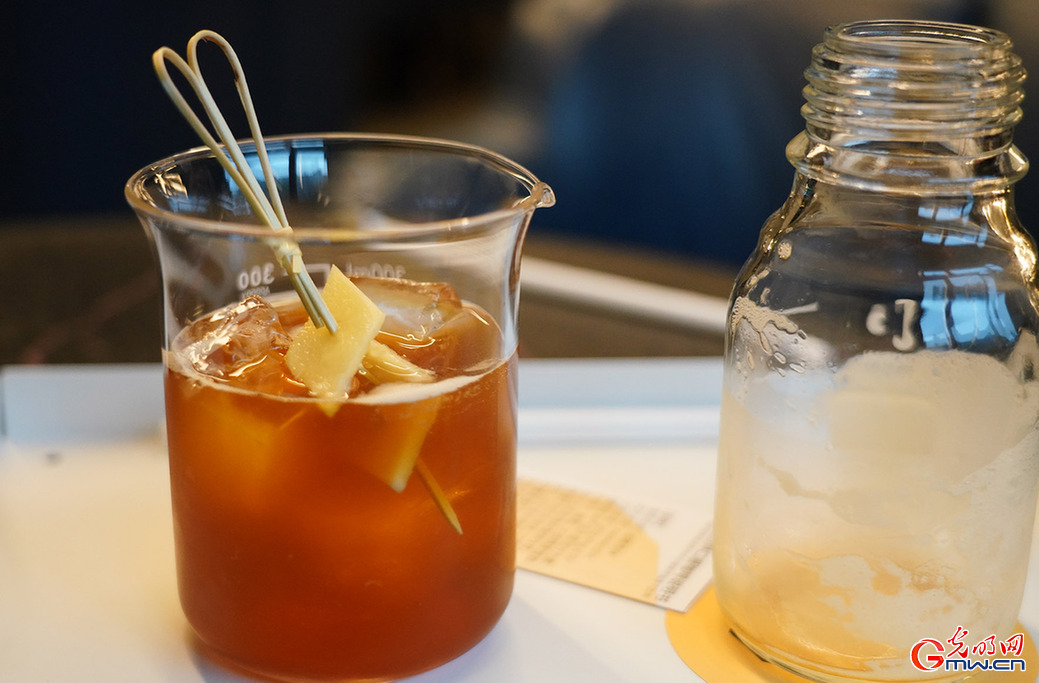 Coffee started from being a beverage to a form of enjoyment, it then became a means of socialization, and finally to a carrier of local culture. The infiltration of coffee culture will surely make the coffee market in China become increasingly mature, offering continuous opportunities for local and foreign coffee brands to grow. 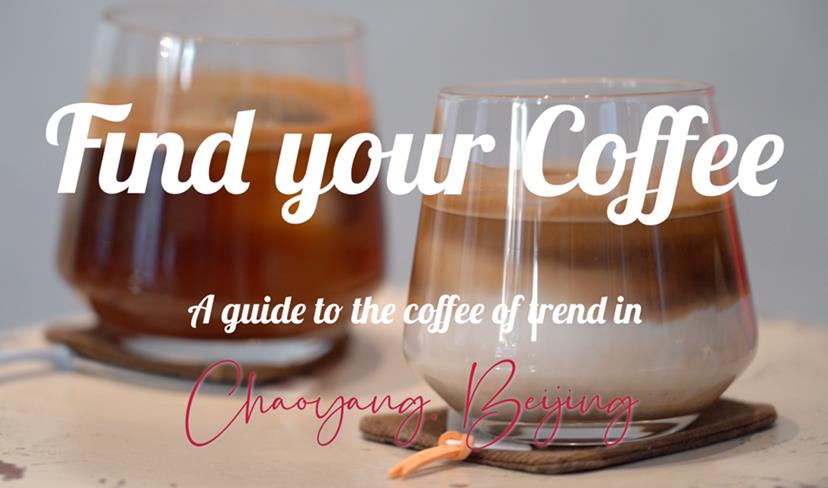