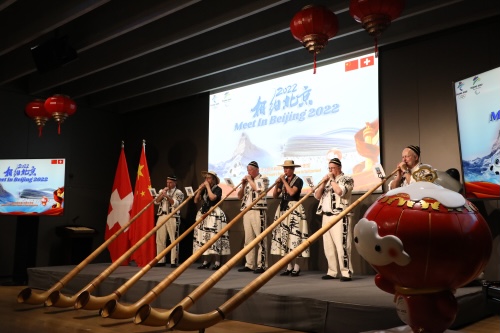 The video featured the performance by Melodie Zhao, a Swiss-born young pianist of Chinese origin, and a number of artists, celebrating the charm of ice and snow. New music “2022 Spirit of Ice” created by Zhao was staged, igniting the passion for the upcoming Beijing Winter Olympics.

Zhao was born in 1994 to an overseas Chinese family in Switzerland. She obtained a bachelor’s degree from the Geneva Conservatory at the age of 14, and was awarded a Master Soloist Diploma at the age of 16. When she was 19 years old, she finished recording ten records of Beethoven’s complete 32 piano sonatas.

Zhao told the reporter that recording Beethoven’s 32 sonatas reshaped her personality, life and perception of music. Music became the best way for her to explore, experience and express her life and inner feelings. She was no longer satisfied with performing, but began to learn to compose music and integrate her creativity into playing. 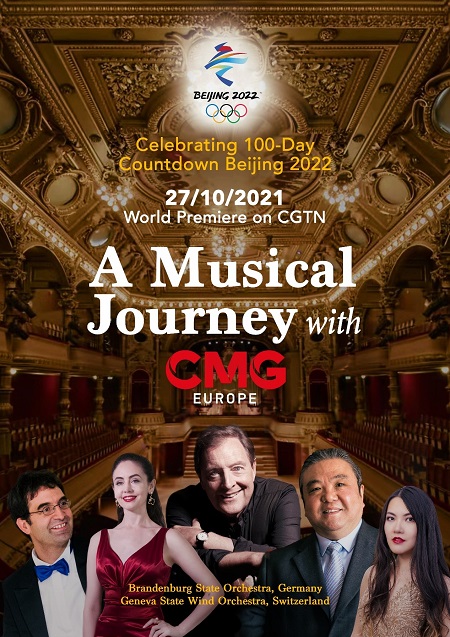 Zhao believed that music was the best way to communicate between countries and people. With the support of some helping organizations and friends, Zhao and her father, violinist Zhao Yuan, successfully held the First China-Europe Music Festival Celebrating 100-Day Countdown Beijing 2022 on Oct. 27, 2021. The program was broadcast by China’s CGTN and several national television stations of oversea countries.

Classic works of world-famous composers from China, Switzerland, Italy and Russia were performed by the Brandenburg State Orchestra of Germany and the Geneva State Wind Orchestra of Switzerland, conducted by the renowned conductor Howard Griffiths, presenting an audio-visual feast with Chinese characteristics and Olympic spirit to the audience.

Zhao and her father filmed a music video of Beijing Winter Olympics after the music festival with active support of the Chinese Embassy in Switzerland.

Switzerland is the kingdom of Winter Sports that has hosted two Winter Olympics, and Lausanne is the headquarters of the International Olympic Committee. Zhao firmly believed that music could not only express Swiss people’s love for winter sports and for the Olympic spirit, but convey Swiss people’s support and expectations for Beijing Winter Olympics.

Screenshot of the music video “2022 Spirit of Ice”

The music video was mainly recorded with piano, supplemented by violin and chorus. Alphorn, a traditional Swiss instrument, was also added to lift up the theme. The rich and melodious sound of Alphorn was inseparably interconnected with the remoteness of ice and snow, bringing out the unique spirit of ice and snow sports.

Representative songs of the 2008 Beijing Olympic Games like “You and I” and “Welcome to Beijing”, as well as the melodies of famous Chinese songs “The Spring of Xinjiang” and the third session of “The Yellow River”, were adapted by Zhao into piano music, together forming the new song “2022 Spirit of Ice”. The music video well combined the beautiful snow scenery of Europe with Beijing Winter Olympics, igniting the passion for the Olympics in the world of ice and snow.

Zhao said that the blood of the Chinese nation runs through her veins, and all events related to China attracts her special attention. At the beginning of 2020, shortly after the outbreak of the COVID-19 epidemic in Europe, Zhao dedicated a self-composed piano caprice “The Bells of Victory” during the concert marking the 250th anniversary of the birth of Beethoven at Victoria Hall in Geneva to Wuhan people who fought at the forefront. 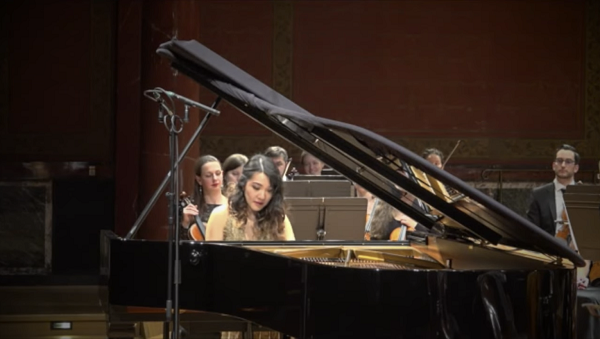 Melodie Zhao performed “The Bells of Victory” at Victoria Hall, Geneva, in 2020.

She had learned from her father about the music of Hubei Province, especially of Wuhan City, in order to reflect the characteristics of China and Wuhan. The melody of “The Waves of Honghu Lake” and “My Homeland” were finally chosen to be integrated into the song.

From then on, Melodie Zhao has performed “The Bells of Victory” more than ten times during concerts in Switzerland, Sweden, Germany and other countries, warmly welcomed by the audience.

In July this year, when racial discrimination against Asians in the United States and some European countries was on the rise, Zhao released her self-composed and self-performed music video “Love Instead”. 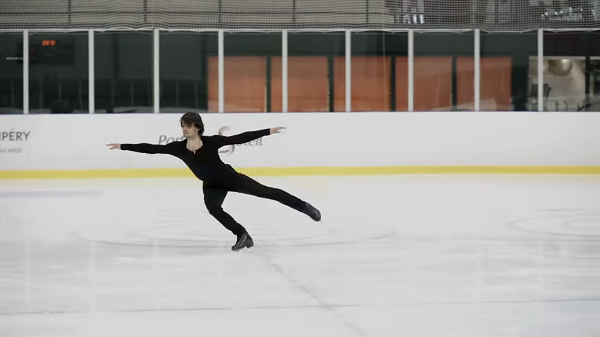 Screenshot of the music video "Love Instead"

The video expressed the voice against racial discrimination and supported Asian people with the power of art, firmly fighting back against racist and xenophobic forces. Stephane Lambiel, a two-time World Champion of figure skating contributed a wonderful skating performance in the music video.

Finish shooting the music video in one month was not easy. There was one scene set in the Aletsch Glacier, the largest glacier in the Alps at an altitude of 2,400 meters. It took up to seven or eight hours to shoot in the cold air.

Thankfully, the Aletsch Glacier Scenic Area kindly arranged free transportation for the shooting, and offered a staff member to escort the whole process. All the artists that joint the shooting showed great passion and extended sincere blessing for the Beijing Winter Olympics. Though the Swiss artists playing the Alphorn had to wear thin national costumes during the outdoor shooting, they did not complain once.

Zhao said that wherever they were shooting, no matter along the shore of Lake Geneva, at the International Olympic Committee or snow-capped mountains, people gave their thumbs-up to convey their wishes when knowing they were shooting music video of Beijing Winter Olympics.

Article contributed by Liu Jun, the correspondent of Guangming Daily in Brussels