"Containing China with Xinjiang" is doomed to failure 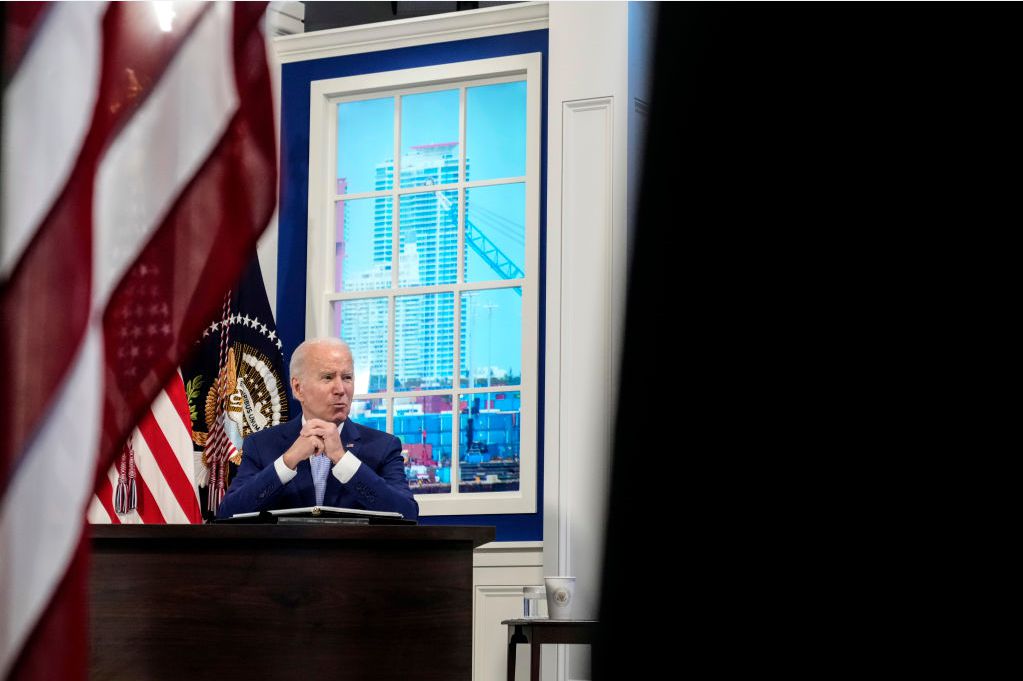 U.S. President Joe Biden speaks during a meeting in the South Court Auditorium of the White House in Washington, D.C., December 22, 2021. （CGTN）

The "Uyghur Forced Labor Prevention Act" (hereinafter referred to as the "Act") passed by both chambers of the US Congress recently went into effect after US president Joe Biden signed it. The US passed the "Act" based on the groundless allegation of "forced labor" in Xinjiang, which fully demonstrates that it has disregarded any bottom line to contain China's development, and once again shows the world its double standards on human rights. The US is trying to hurt China with a method no one supports, and it will have to bear the consequences itself.

The sinister intention to contain China's development is clear. The US ignores the fact that the implementation of labor and employment guarantee policies in Xinjiang effectively safeguards the basic rights to work and significantly improves the production and living conditions of the masses of all nationalities. On the contrary, they hyped up the so-called Xinjiang "forced labor" problem and passed the "Act", which is no more than using human rights to cover up its crackdown on China. Since the Trump administration, the US has been breaking its commitments and withdrawing from the international community, but it still labels China, Russia, and other countries as "revisionist powers". Now, the US is attacking China with "forced labor" or even "genocide", which are all lies fabricated to stigmatize China, smear China morally, and to provide cover for its anti-China campaign.

The anti-China forces in the US and Western countries and the "East Turkistan" separatist forces outside China are not willing to fail and maliciously hyped up Xinjiang-related issues. The "Act" framed that all products from Xinjiang are produced with the so-called “forced labor”, and accordingly “prohibit the import of all goods, wares, articles, or merchandise mined, produced, or manufactured, wholly or in part”, produced in Xinjiang, and verification of the supply chain in a third country. The "Act" targets not only local products in Xinjiang, but also aid-Xinjiang projects and poverty alleviation projects from other provinces and cities in China, as well as enterprises involved in the construction of Xinjiang, and have business dealings with Xinjiang, as well as foreign-funded enterprises with investment or projects in Xinjiang. The scope of the attack is extraordinary. The US has dropped all pretense and no longer talks about identification and verification. Instead, it has imposed a naked "total blockade" on Xinjiang's economy. The intention of the US is not only to economically curb Xinjiang's development and undermine its social stability, to contain China with Xinjiang and destabilize China with terrorism, but also to weaken China's core position in the global industrial chain and make China obey the so-called international trade rules shaped and dominated by itself. 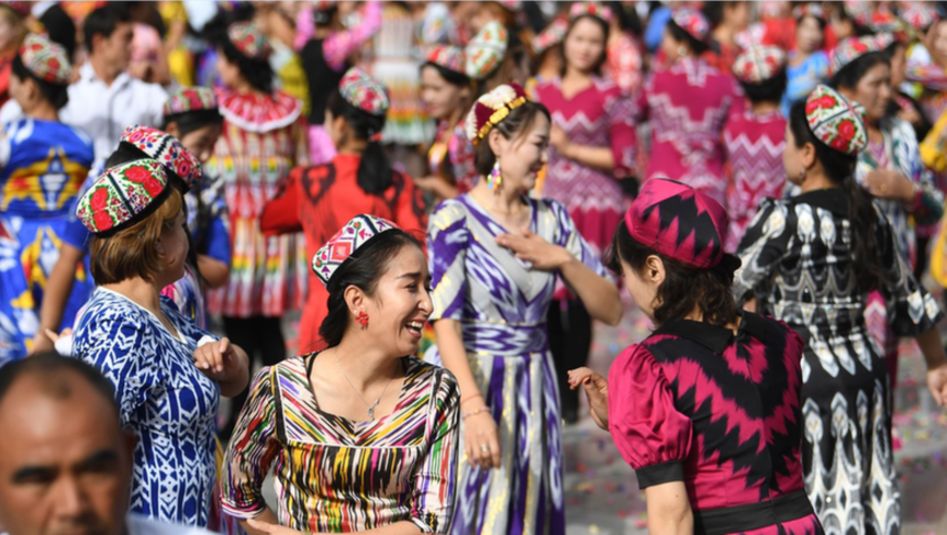 The US pursues double standards on the issue of human rights. The US has indulged in its lies about "forced labor" and "genocide" in Xinjiang, but has never mentioned forced labor, genocide, and other human rights violations in its own country. In the past five years, cases of forced labor and human trafficking have been reported in all 50 states and Washington, D.C. Each year, more than 100,000 people are trafficked into the US for forced labor. Forced labor in American agriculture is a serious problem. American farm owners do not have to pay social security and unemployment insurance for seasonal and migrant workers, and low labor costs, malicious wage cuts, debt enslavement, racial discrimination, and failure to guarantee basic housing and workplace safety are common, according to American Farmworker Justice’s report.

The US government has committed genocide against the Indians. The population of American Indians has fallen 95 percent from 5 million at the end of the 15th century to 250,000 today. Today, Indians are marginalized in the political, economic, cultural, and social life of the US and have long suffered extensive and systematic discrimination. Indian reservations make up only 2.3 percent of the US territory, and their living conditions are so poor that some reservations are even used by the US government as garbage cans for toxic or nuclear waste. The United Nations Special Rapporteur on Minorities says indigenous Americans have experienced deprivation, brutality, and even genocide for centuries. Not to mention systematic racial discrimination in the US, which has caused social disruption and the proliferation of guns, has already caused public panic and led to a human tragedy. All these fully exposed the hypocrisy of the US' concept of human rights. The US has abused the concept of human rights to interfere in other countries' internal affairs, abused its domestic law to exercise long-arm jurisdiction over other countries, and arbitrarily trampled on basic norms governing international relations in order to maintain its hegemony.

US abusive use of the "Act" would surely have consequences. In a video meeting between the presidents of China and the US on November 16, President Xi Jinping pointed out that China and the US are two giant ships sailing in the ocean, saying that it is important for them to keep a steady hand on the tiller so that the two vessels will break waves and forge ahead together, without losing direction or speed, still less colliding with each other. The world is undergoing profound changes unseen in a century, which calls for people of all countries to unite, uphold multilateralism, jointly cope with the complex and volatile international situation, and build a community with a shared future for mankind. As the largest developing country, China has always been committed to multilateralism and made the global governance system more just and equitable. China has provided a "Chinese solution" for human development and demonstrated its sense of responsibility as a major country. Meanwhile, some countries are busy forming cliques, which is contrary to the philosophy the majority of the international community hold.

There is no doubt that the US has set a very bad example in this regard by artificially building walls and decoupling, which goes against economic and market rules and harms others but gains no benefit for itself. When the "Act" was first proposed in the US Congress in 2020, it was opposed by some US businesses. Apple, Nike, Coca Cola and other large companies and business groups lobbied Congress at the time, arguing that the "Act" 's draconian requirements could severely disrupt supply chains embedded in China, the New York Times reported. Nikos Tsafos, interim director and senior fellow in the Energy Security and Climate Change program at the Center for Strategic and International Studies, also warned in a blog post that "it will be difficult for the US to quickly restart its domestic manufacturing and exit Xinjiang without impacting deployment." As the world's two largest economies, the economic interests of China and the US are deeply intertwined. It is extremely irresponsible to talk about decoupling from China's economy. If the US do not stop early, it will inevitably get burnt.

The Xinjiang issue has never been about human rights. The so-called "forced labor" and "genocide" are nothing but a farce staged by the US. Attempts to curb China's development and disrupt the international order with the "Act" based on lies will neither be accepted by the Chinese people, nor by the people of the world. In the face of the fact that Xinjiang has made great strides forward and its people live and work in peace and contentment, the US plot of "containing China with Xinjiang" is bound to come to nothing.

By Duan Yangwei, lecturer at Northwest University of Political Science and Law, School of Anti-Terrorism Law 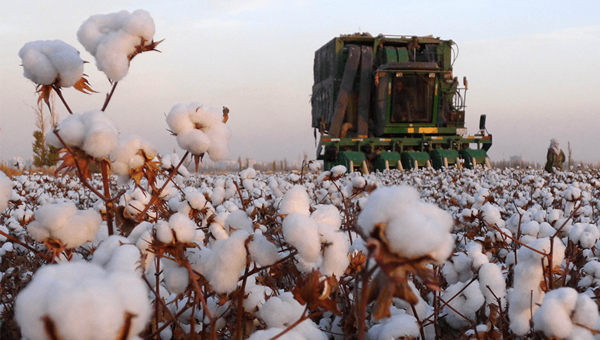