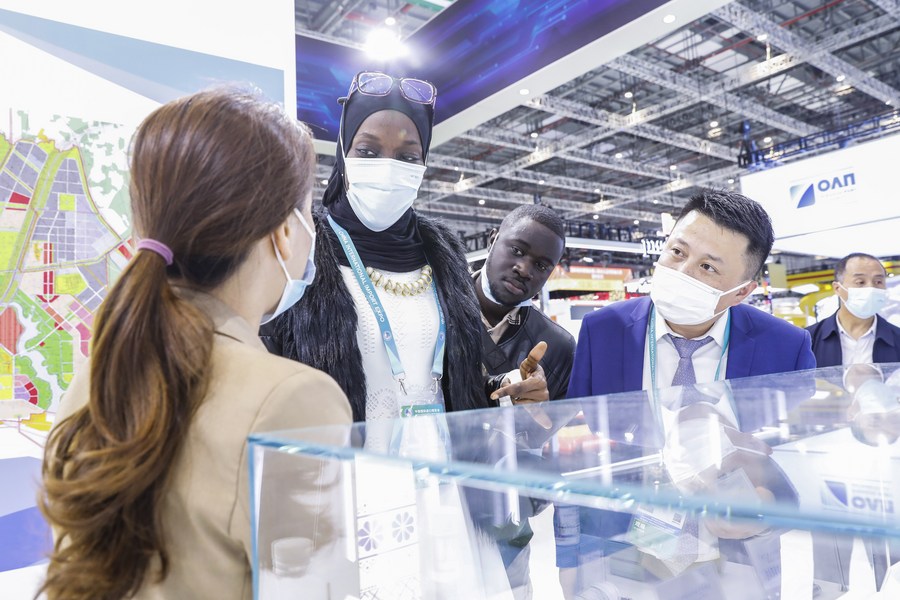 Visitors learn about products at the booth of China-Belarus Industrial Park at the Trade in Services Exhibition Area of the 4th China International Import Expo (CIIE) in east China's Shanghai, Nov. 7, 2021. (Xinhua/Zhang Yuwei)

China is an important force in restarting the world economy under COVID-19, and China has demonstrated its leading role in international trade through platforms such as the CIIE, said Betty Alexandropoulou, executive director and member of the board of Enterprise Greece.

BEIJING, Nov. 8 (Xinhua) -- The fourth China International Import Expo (CIIE) is a great platform for businesses around the world, offering opportunities and contributing to boosting the global economic recovery, overseas experts and business leaders have said.

As the world's first dedicated import exhibition initiated in 2018, the CIIE is becoming more and more popular. A total of 50 enterprises and institutions signed up for the 5th CIIE on Saturday during the ongoing 4th CIIE in Shanghai. 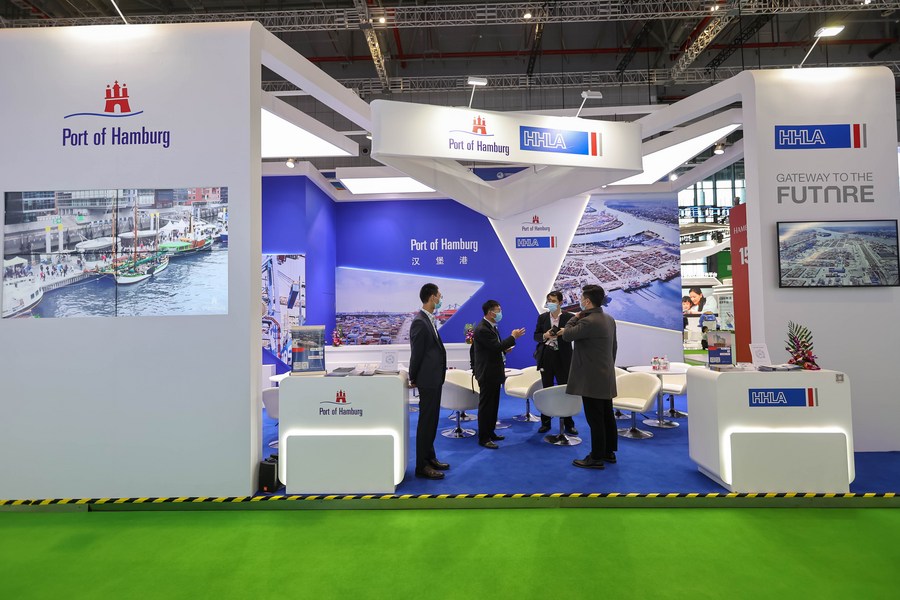 People visit the booth of Port of Hamburg at the Trade in Services Exhibition Area of the 4th China International Import Expo (CIIE) in east China's Shanghai, Nov. 8, 2021. (Xinhua/Wang Xiang)

Kosala Wickramanayake, president of the International Business Council in Sri Lanka, said that the CIIE provided Sri Lankan tea exporters with an opportunity to enter the Chinese market.

This year will be the fourth time for Sri Lanka to participate in the CIIE.

China has gradually become an important buyer of Ceylon tea, and it became Sri Lanka's fifth-largest tea export destination in 2020.

Betty Alexandropoulou, executive director and member of the board of Enterprise Greece, said that China is an important force in restarting the world economy under COVID-19, and China has demonstrated its leading role in international trade through platforms such as the CIIE. 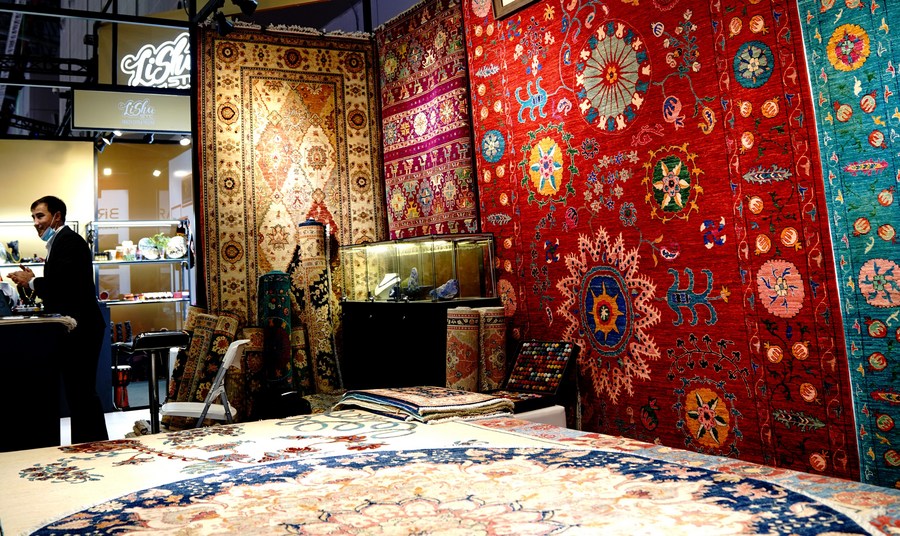 Greek exports to China have risen steadily in the last few years and the CIIE platform plays a very important role in that growth, the official said, adding that for example, in 2019, the year after the first CIIE, Greek exports to China almost doubled to nearly 1 billion euros (1.16 billion U.S. dollars)

The Chinese market is extremely important for British businesses, he noted, adding many British businesses are participating in this year's import expo, and some of the firms got involved through a digital online pavilion.

Oguz Demir, associate professor of economics at the Istanbul Commerce University, said the CIIE provided a favorable platform for interactions among businesspeople from all over the world.

As the COVID-19 pandemic continues to spread and weigh on the world economy, trade remains an important engine for the growth of developing countries, he said. Gustavo Girado, an Argentine China expert and economist at the National University of Lanus, said the CIIE will boost the global economy battered by the COVID-19 pandemic and provide significant opportunities for Latin American countries.

"Since a large number of global manufacturing activities depend on China, and its companies are part of global value chains, the CIIE is bound to be extremely important," he said, calling the Chinese market the "most dynamic market in the world."