URUMQI, Jan. 13 (Xinhua) -- Mansur Patar never expected that he would make the headlines one day for something that he considers "trivial."

In December last year, 38-year-old Mansur Patar and 42-year-old Manmanti Nurtou, both Uygur truck drivers from northwest China's Xinjiang Uygur Autonomous Region, found themselves chauffeuring a truck across China as a favor to a recent acquaintance.

The journey from Xinjiang to the destination in east China's Jiangsu Province covered about 4,700 km and took eight days and nights. However, the two drivers performed the task entirely free of charge, bearing the cost of the journey, amounting to 3,000 yuan (about 472 U.S. dollars), all on their own.

Their only aim was to help Zhao Xulei, a man they had met just days before, and who had since suffered a serious eye injury.

"It's tiring to drive such a long distance and for so long, but it's quite rewarding," said Mansur Patar. "We don't think it's such a big deal, because this is the least we can do for our friend."

It all started in early November last year. Zhao, a 41-year-old truck driver from Jiangsu, met Mansur Patar and Manmanti Nurtou in some cotton fields in the city of Korla, Xinjiang. They lived, worked and dined together for 11 days, forming a strong bond of friendship.

Disaster struck on Nov. 17 when Zhao's left eye was hit by a bundle of freight, causing serious damage.

"I was too badly injured to continue with my journey back home and didn't have anyone in the city or in Xinjiang that I could depend on. Faced with such a depressing situation, I called Mansur Patar and Manmanti Nurtou for help," Zhao recalled.

Zhao was surprised when they rushed immediately to his hospital, helping him handle his medical procedures and offering to chauffeur his truck back to his hometown.

For Zhao, his truck was not just a means of transport. It provided him and his wife with a reliable income, while paying the tuition fees for his children and supporting elderly family members.

And most importantly, the truck gave him the confidence that he would eventually pay off his debts, totaling about 300,000 yuan, and could look forward to a bright future.

Unfortunately, the prognosis for his injury was not good. He would likely be blind in his left eye and would suffer reduced vision in the other one. As a consequence, he would probably have to give up on his driving career.

Had the accident not happened, Zhao would have made a sum of money from transporting cotton in Xinjiang and returned to his hometown of Jiangsu to be with his children he hadn't seen for months, just like he did in the past years.

For now, he faced the problem of what to do with his vehicle, which was sitting in a local parking lot with fees of 30 yuan per day.

"We knew that Zhao had spent more than 100,000 yuan on treating his eye, which was compounded by the delay to his work caused by his injury. The parking fees would come as a double blow for his debt-ridden family," said Mansur Patar.

To help Zhao pull through this most difficult situation, Mansur Patar and Manmanti Nurtou decided to lend a hand -- chauffeuring his truck to his hometown, at their own expense.

They mulled the project over and discussed it with their family members. After winning their support, the two men made detailed arrangements ahead of departure.

"We decided to load some fruit onto the truck, transporting it from Xinjiang to Jiangsu to offset the fuel costs," said Mansur Patar. "We decided to take our rest and meals in the truck, so as to reduce both the costs and time. We bought bags of bottled water, instant noodles, pickles and naan, a staple food for Xinjiang people."

On Dec. 6, they drove to Aksu Prefecture to load up with apples. Three days later, they set out from the city of Korla and headed for Jiangsu, with about 4,700 km of road ahead of them.

They took turns driving and kept in touch with Zhao, who was in Beijing for further treatment, updating their real-time locations via their WeChat group.

On the early morning of Dec. 17, they arrived at Peixian County in the city of Xuzhou, Jiangsu Province, after eight days and nights of driving. They informed Zhao of their arrival and Zhao's wife booked a hotel for them, emphasizing that they should stay in the county and wait until he returned after treatment.

Two days later, Zhao came back from Beijing and was reunited with his friends.

"When we met, the three of us hugged and cried," said Zhao. "We are like brothers now, and we will always be brothers."

In the following days, Zhao's family treated the men to fresh seafood, as well as other local specialties, and took them to various tourist sites.

On Dec. 27, Mansur Patar and Manmanti Nurtou returned to Xinjiang. Thereafter, the three men spoke via video-chat every day, sharing funny events from their everyday lives. Zhao would always update them on his recovery status.

Before long, the story surfaced on social media, arousing widespread sympathy and respect among netizens.

Early this month, on hearing of their heroic deeds, the government of Peixian County sent a letter of thanks to the government of Korla, and entrusted the city officials with handing over a reward of 10,000 yuan to Mansur Patar and Manmanti Nurtou.

Zhao says he has further plans to express his appreciation for the kindness that was shown to him.

"I made a deal with Mansur Patar and Manmanti Nurtou. I will come to Korla after the upcoming Spring Festival holiday, visit the local tourist attractions and savor Xinjiang delicacies, together with my two old friends," said Zhao. ■ 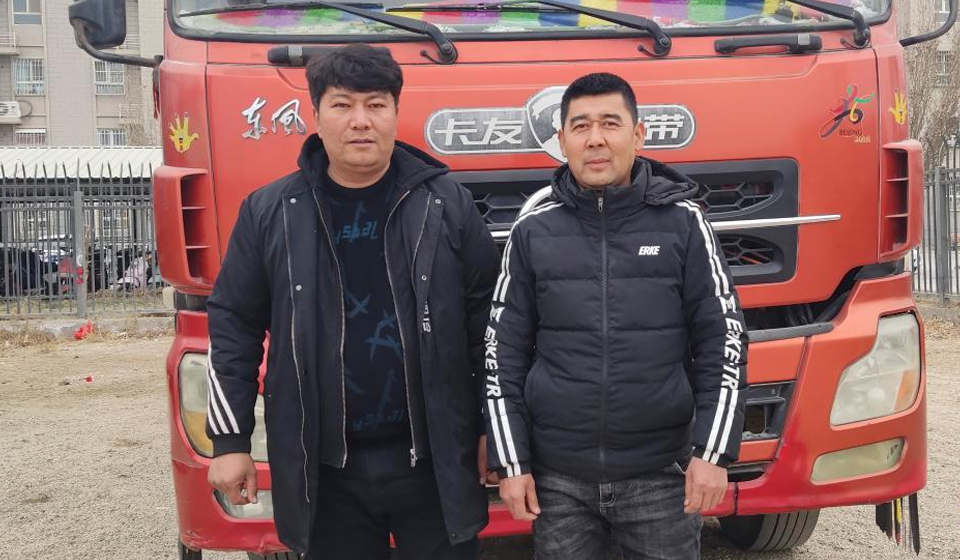