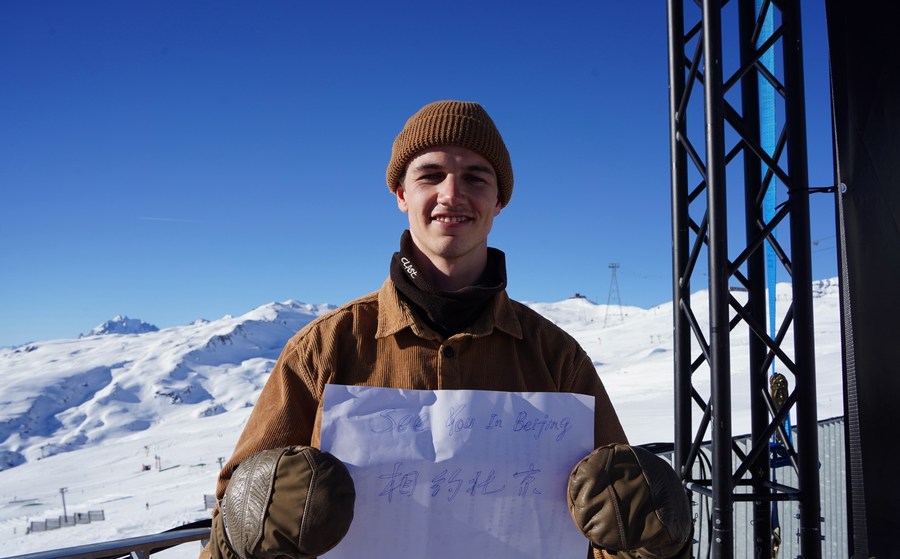 BEIJING, Jan. 26 (Xinhua) -- The so-called U.S. "diplomatic boycott" of the Beijing Winter Olympics has turned out to be nothing but a flop and the butt of jokes that are scorned by countries across the world.

Few countries have followed in the footsteps of the United States. Even traditional U.S. allies have voiced their criticism against such a political show. French President Emmanuel Macron dismissed it as "insignificant and symbolic," and Czech President Milos Zeman called it a "misuse of the Olympic idea."

Athletes globally responded to the U.S. political stunt with scorn and expressed their longing and support for the Beijing 2022 Winter Olympics with actions. From Jan. 4 to 22, Beijing Capital International Airport recorded 2,586 passenger arrivals to China for the Olympics.

Any political grandstanding going against the Olympic spirit is detrimental to the interests of all Olympic participants and will fail eventually.

International sports events like the Olympic Games provide a platform for global citizens to strengthen exchanges, solidarity, peace, and friendship. They are of irreplaceable value to communication among civilizations, dialogue between different countries, and solidarity of the entire human race.

On July 20, 2021, the 138th session of the International Olympic Committee approved the new Olympic motto of "Faster, Higher, Stronger - Together," with the inclusion of the word "together" to highlight the importance of solidarity, which is much needed at a time of pandemic and global economic volatility. The word "together" also conveys the appeal of the Olympic family and humanity as a whole.

The hosting of the Winter Olympic Games will show the solidarity of the international community, and troublemakers acting against such a noble cause will only embarrass themselves.