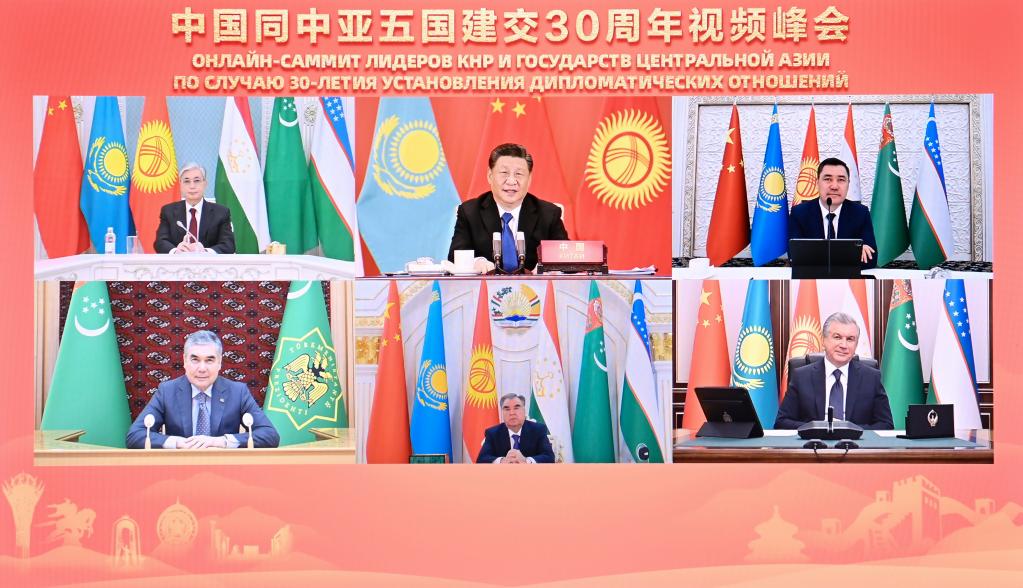 BEIJING, Jan. 26 (Xinhua) -- Chinese President Xi Jinping's speech, delivered at a virtual summit commemorating the 30th anniversary of the establishment of diplomatic relations between China and five Central Asian countries, has charted course and injected impetus for an even closer China-Central Asia community with a shared future, experts have said.

"No matter how the international landscape may evolve or how developed China may grow, China will always remain a good neighbor, a good partner, a good friend, and a good brother that Central Asian countries can trust and count on," Xi made the remarks in his address on Tuesday.

Timur Shaimergenov, deputy director of the Library of the First President of Republic of Kazakhstan, fully agreed with Xi's words, saying that Kazakhstan and China have seen great vigor in their mutual support and cooperation. 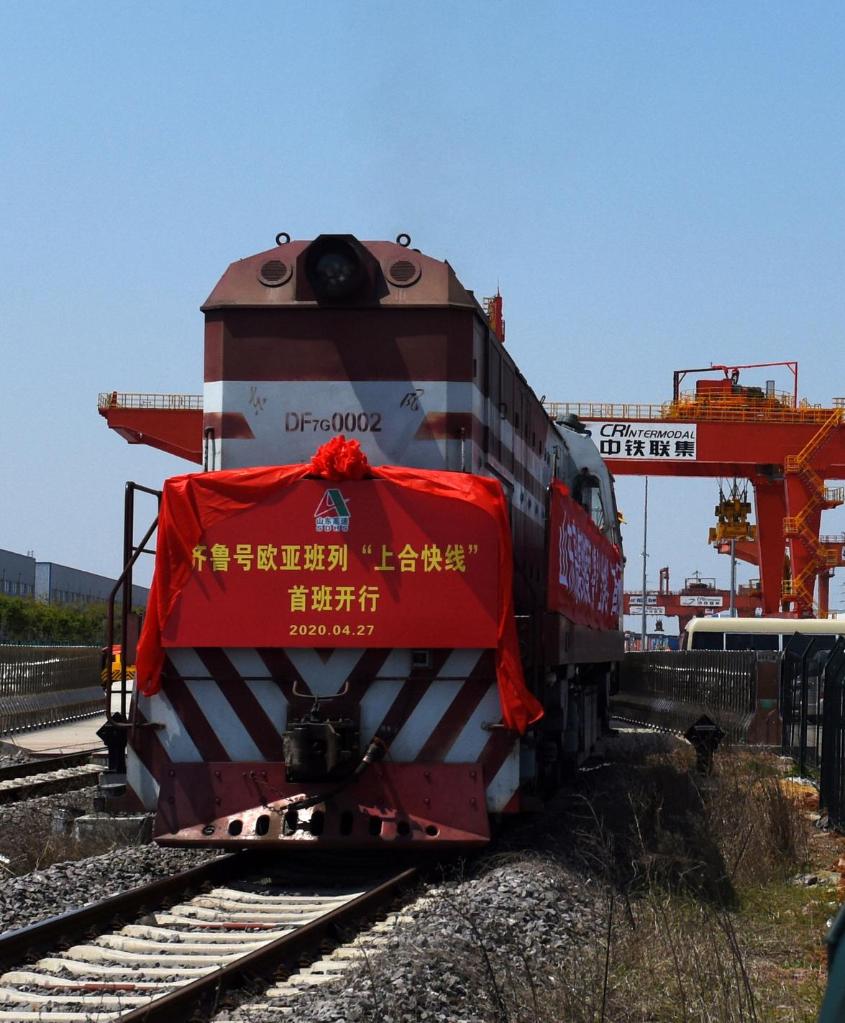 Noting that the two countries have been keeping close coordination within multilateral mechanisms, such as the United Nations, the Shanghai Cooperation Organization (SCO) and the Conference on Interaction and Confidence Measures in Asia, Shaimergenov said the two sides have also supported each other's major cooperation initiatives, jointly practiced multilateralism, and played important and constructive roles in ensuring regional security.

Sayfullo Safarov, chairman of the National Association of Political Scientists of Tajikistan, said that the successful hosting of the virtual summit has witnessed the solid friendship between China and Central Asian nations, and further elevated bilateral cooperation to a new level.

Central Asian countries share many common interests with China, and the Tajik people hold a strong bond with the Chinese, Safarov said, adding that the Tajikistan-China relationship enjoys a solid foundation, the all-round cooperation has been deepened, and the two countries have conducted extensive and effective cooperation in various fields. Tourists visit the exhibition zone of Tajikistan during the "Tajikistan Day" event at the Beijing International Horticultural Exhibition in Beijing, capital of China, Aug. 20, 2019. (Xinhua/Zhang Chenlin)

During the summit, Ruan continued, the five Central Asian countries' heads of state said that they are eagerly looking forward to attending the opening ceremony of the Beijing Winter Olympics next week, which has shown solidarity and mutual trust between China and the countries amid the COVID-19 pandemic.

Former Kyrgyz Foreign Minister and former SCO Secretary General Muratbek Imanaliev said that over the past 30 years, Central Asian countries and China have deepened relations as good neighbors and friends, while cooperation in various fields has also yielded fruitful results.

Noting that China does not interfere in other countries' internal affairs, Imanaliev said that China has actively provided help for developing countries, which is welcomed by Central Asian countries. 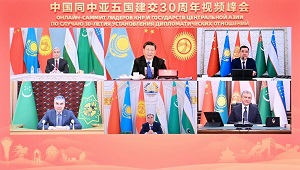