It has been a long-standing tradition for the United States to shift the blame and play scapegoating. The US has established a set of mechanisms and strategies to transfer crises and shirk responsibilities to other countries. By this way, it can survive the crisis, transfer catastrophic consequences to its opponents, and increase the dependence of its allies or small countries, making itself stronger after the crisis.

1, Roots of the Blame-Shifting Methodology A combination of American religious tradition and political philosophy, especially the pragmatic political narrative of " winner-takes-all", are ideological roots of its blame-shifting methodology.

(1) Ideological Basis American nationhood and national consciousness were inseparable with the political theological project of Protestantism, while pragmatism was the sublimation and refinement of this political theological mission in the industrial society. Together, they formed the "American spirit".

Based on the political theological construction of the theory of the "Chosen People", the world outside the US is regarded as both a threat and a mission by the US: on the one hand, the US' power politics, conspiracy and even massacre are regarded as necessary sacrifices for the "Manifest Destiny"; on the other hand, once a major domestic crisis emerges, the US looks for a common external enemy (threat) in order to achieve internal unity. Based on the philosophy of pragmatism, the goal of US foreign policy is nothing but self-interest. International interaction is either exchange of interests, or confrontation of powers, with no need to follow established values and rules. The so-called "morality" is a tool for the US to compete for dominance over discourse.

Therefore, the sense of political theological mission that the US can transform the world, especially pagans, also stems from the pragmatic philosophy of "use what is right, or throw it away". "Blame-shifting" has its legitimacy in both religious and political ideologies in the US.

(2) Practical Needs American politicians and ruling circles are not only good at transferring crises externally, but also internally. They not only tie the crises to racism, ideological struggle, electoral politics, etc., but also take opportunities to strengthen their allies or other small countries' dependence on the US. By virtue of its hegemony, the more the US transfers crises outward, the more it forces its allies and other small countries to rely on itself; the stronger the ability of the US to transfer crises to the outside world, the more other countries are afraid of being America’s scapegoat, and the more they become dependent on the US in terms of the safeguard it provides. This foreign strategy of strengthening the security dependence of countries around the world by transferring crises makes full use of the law of the jungle in the international community and the selfish psychology to avoid risk and responsibility of countries around the world, forming a strategic cycle of hegemony.

2. Cases of Blame-Shifting The US has formed a set of mature mechanisms to transfer crises and shirk responsibilities to other countries, which can be seen in the following cases:

(1) The Spanish Flu The Spanish flu originated in the US. In order to ensure its participation in World War I to share fruits of victory, US troops brought influenza to European countries while engaging in their wars. The main reason for Spain to take the blame is its neutral position in World War I. After Spain was hit by the flu, its newspapers published information about the spread of the disease, which made countries around the world realize the severity of this catastrophic disease. However, countries like the US that had previously concealed the existence of the epidemic shifted the blame and named the epidemic "Spanish flu", making Spain a scapegoat. (2) The Cold War During the Cold War, in the context of the confrontation between two major blocs led by the US and the Soviet Union, "security" was the greatest interest of the US-led Western capitalist world. Since the US was the only country in this system that can provide safeguard, the interests of the US and other member countries in the system became highly related. Thus, the US disguised domestic crises in the name of "security interests", exporting the cost of crises to other countries. For example, taking advantage of the Cuban missile crisis in 1962, the US was able to deploy military bases around the world, on the grounds of so-called providing safeguards. Another example was the use of the disintegration of the Bretton Woods system in 1971. The US used "security threats" to build the US dollar into a de facto world credit currency, and established the "US dollar standard".

(3) The 2007 Financial Crisis In 2007, the subprime mortgage crisis broke out in the US and quickly developed into an international financial crisis. The European debt crisis, especially the sovereign debt crisis of southern European countries, was the product of the US’ blame-shifting. The US’ "crisis shifting" can be divided into two stages: the first stage is to "nationalize" US debts, that is, to resolve private debt risks by nationalization, such as solving the subprime mortgage crisis; the second stage is to "internationalize" the US' own debts. By forcing the vast majority of countries in the world to share risks brought about by financial crises, such as the European debt crisis and the imported economic crisis of East Asian countries, the US was able to quickly get out of negative economic growth.

3. The Mechanism and Influence of Blame-Shifting The US not only makes comprehensive use of multiple mechanisms, including politics, economy, military, science and technology, and discourse power, but also bases its military hegemony on geostrategy. While opening its own market and enticing other countries to be dependent on it, in 1970s, the US used its strategic control over basic resources such as global oil and grain to achieve dollar-based global financial expansion, and formed a structurally unequal global economic industrial chain and distribution system. By this way, the US has formed a mature system for its "blame-shifting methodology", which can force or even induce other countries to bear the huge cost of its crises-transferring.

(1) Political Mechanism The combination of electoral politics and federalism is conducive to internal and external crises shifting. The right to vote gives the American people the illusion of their political rights. The parallel relationship between the federal government, state governments, and local governments in the federal system, as well as key positions in administrative and legislative departments, are all elected by the people, which jointly determine that the US is a limited government, that is, no one is responsible for the whole system and the overall situation. On the one hand, such a system is conducive to decomposing, digesting, and disintegrating internal contradictions; on the other hand, it is conducive to the transfer of the negative political consequences of crises to the outside world, which can be digested by the US electoral cycle.

(2) Military Mechanism The military hegemony of "supporting war with war" helps the US to seek huge economic interests and gain geopolitical advantages. On the one hand, it forces more and more countries to rely on the US for safeguard; on the other hand, when internal crises break out, the US launches repressive local wars or military conflicts, creates internal conflicts to form turmoil, or create regional instability through military threats in certain countries or regions, for the aim of passing on crises, stimulating haven demand for the dollars, and maintaining US financial hegemony. 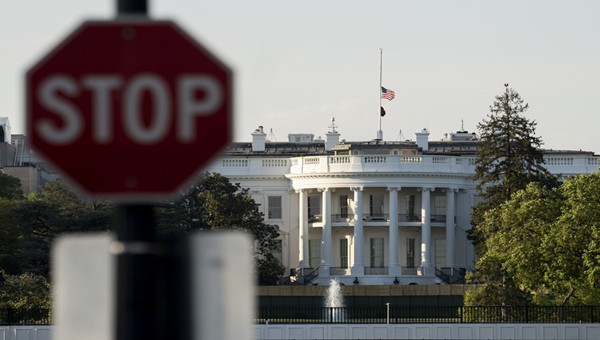