“300 million people doing winter sports,” what does it mean?

While athletes are battling it out during Beijing 2022, Chinese citizens have also been taking an active part in winter sports.

One goal of China’s 2015 bid for the Olympic Games aims for “implementing a nationwide winter sports promotion”. That goal has now been realized. A survey showed that 346 million people nationwide had taken part in winter sports by October, 2021.

The engagment of 346 million people in winter sports shows that China is moving forward with confident Olympic spirit. Since Beijing 2008, the Olympic spirit has taken root in China, and as a result, winter sports have become popular. This also reflects China’s rapid economic and social development.

Winter sports are more “leisurely” than some other sports. But they require time and money. The fact that millions of Chinese are involved in them mirrors the increase in wealth and income levels in the Chinese society. Consumption habits have changed along with people’s lifestyles and outlooks, contributing to the nationwide uptake in winter sports.

Indeed, Beijing 2022 is a milestone for the development of winter sports around the world.

“The Beijing 2022 Winter Olympics will be the start of a new era for global winter sports,” said Bach, president of the IOC. The Olympic flame in Beijing may be extinguished, but the massive development of winter sports in China will continue.

In particular, young people are taking to the snow and ice, and their enthusiasm will provide the bedrock for the future of winter sports in China and around the world.

This means more than the joys and disappointments on the Olympic slopes. 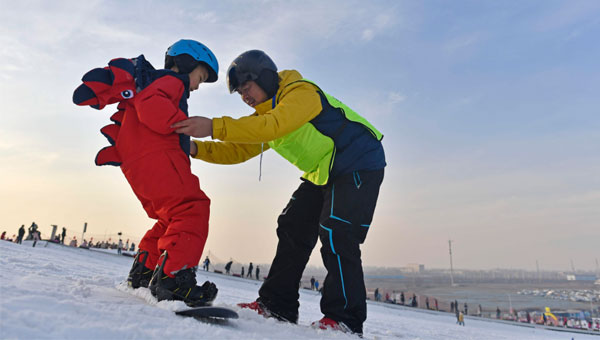