Beijing 2022 Winter Olympics came to an end on Feb. 20, 2022. The Chinese delegation completed the games with 9 gold, 4 silver and 2 bronze medals, creating the best record in history since China first participated in the Winter Olympics in 1980.

Regarding of the distribution of medals won by the Chinese delegation at the Beijing 2022 Winter Olympics, five out of nine golds, three out of four silvers and one bronze came from snow sports, coming off with unprecedented good results and changed the pattern of "stronger ice and weaker snow" regarding China's previous Winter Olympics.

In fact, there are far more snow sports than ice sports in the setting of the Winter Olympics. Taking Beijing 2022 Winter Olympics as an example, among the seven sports, three of them are on ice (skating, ice hockey and curling) and four sports on snow (skiing, snowmobile, sledding and biathlon); among the 15 disciplines, there are five on ice and ten on snow; among the 109 events, the number of gold medals set in snow events (76) doubles that in ice events (33).

At the Beijing 2022 Winter Olympics, the Chinese delegation achieved many breakthroughs in sports on snow that helped to paint a grander blueprint for the future development of China's winter sports. 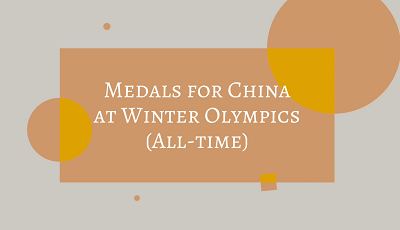