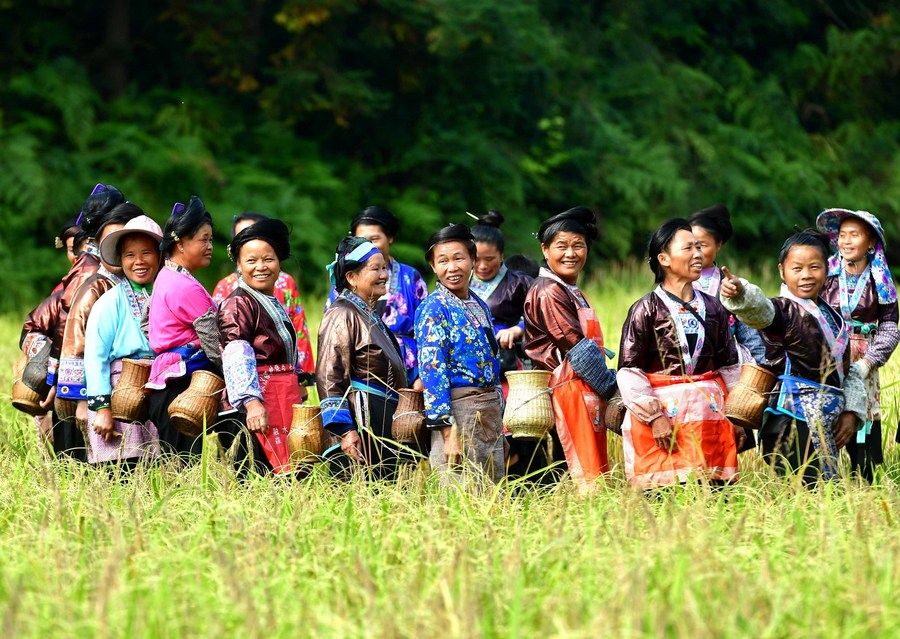 BEIJING, Nov. 21 (Xinhua) -- A high-profile meeting to review the Party's major achievements and historical experience over the past century, the latest Communist Party of China (CPC) plenum has offered a fresh impetus for the country's endeavor of pursuing common prosperity.

A landmark resolution adopted at the recently concluded sixth plenary session of the 19th CPC Central Committee has called on all Party members to work to promote prosperity for all.

Having long been high on the government agenda, common prosperity has gained particular attention in 2021 from both home and abroad as the leadership has put it in a more prominent position.

China has arrived at a historic stage to earnestly promote common prosperity, the leadership announced at a mid-August meeting on financial and economic affairs.

An essential requirement of socialism and a key feature of Chinese-style modernization, common prosperity refers to affluence shared by everyone both in material and cultural terms, according to the meeting.

From an external perspective, worldwide income inequality has become an urgent problem. In some countries, the rich and the poor are polarized, the middle-income social class has collapsed and populism is rampant.

For China, these are areas that must be avoided.

Internally speaking, the country faces new challenges ahead in spite of remarkable economic achievements over the past decades.

China remains the world's largest developing nation with a population of over 1.4 billion. Due to factors including uneven resources endowment, its development is unbalanced and inadequate, and there is still a relatively high income gap as well as development gap between urban and rural areas.

In addition, China faces new problems along with its accelerating urbanization drive, including the pressure of securing homes, education and healthcare for an increasing number of migrant workers from the vast rural areas.

Now, with a full victory in the anti-poverty fight and the completion of building a moderately prosperous society in all respects, the first centenary goal, China has created favorable conditions for promoting common prosperity.

As the country marches toward its second centenary goal -- building the nation into a great modern socialist country by the mid-21st century -- the focus of promoting people's well-being entails boosting common prosperity.

HOW TO ACHIEVE IT?

To achieve common prosperity, development comes first, Han Wenxiu, an official of the Central Committee for Financial and Economic Affairs, told a press conference on the plenum.

Though China's per capita GDP has topped 10,000 U.S. dollars, it is far from the level in high-income nations, Han said, noting that in the new era, China's development will be more balanced and the gap between urban and rural areas will be narrowed.

It can be said that the process of high-quality development is to solve the problem of unbalanced and inadequate development, according to Han.

In addition, China vows to establish a scientific public policy system and a reasonable distribution system that benefits everyone.

Highlighting the importance of appropriately dealing with the relationship between efficiency and fairness, the country plans to make basic institutional arrangements on income distribution, featuring coordinated primary, secondary and tertiary distribution.

In the quest for prosperity for all, it will also expand the size of the middle-income group and adjust excessive incomes.

However, common prosperity in China is by no means egalitarianism, nor robbing the rich to help the poor as misinterpreted by some Western observers.

With sound fundamentals and the huge potential of domestic demand, China's economy is capable of maintaining long-term growth, thus laying a solid material foundation for the pursuit of prosperity for all, Han said. 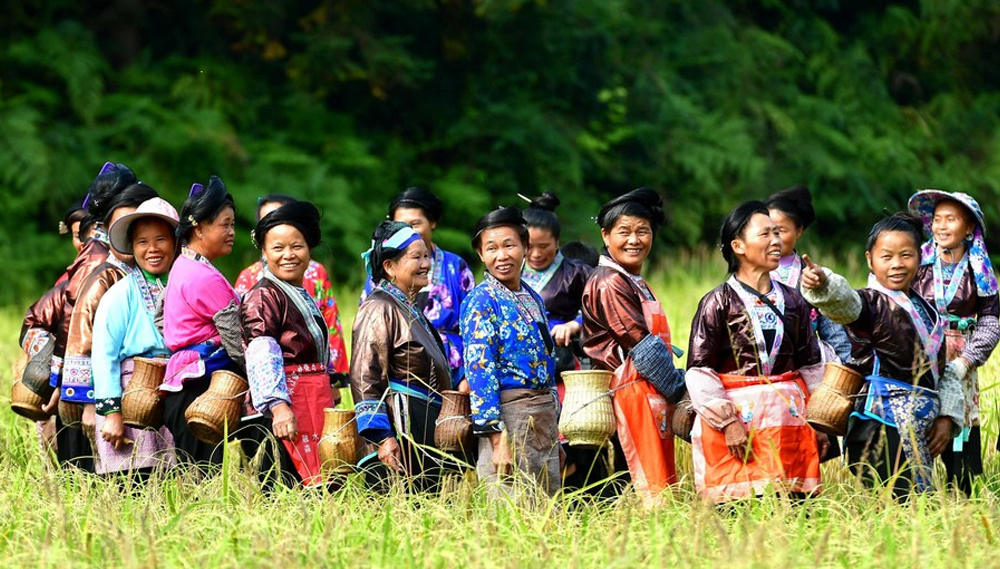