A mode of acquiescence: Systemic racism in US deeply rooted

It’s worth noticing that anti-colored-people narratives and their effects are showing no sign of whittling in the US over the years. The on-going COVID-19 pandemic has in many ways worsened the situation, featuring dehumanizing stereotype of anti-African-American.

As the COVID-19 pandemic began in 2020, the FBI reported the highest surge of hate crimes the world had ever seen in the US over the past 12 years. The year witnessed the crucial killings of Ahmaud Arbery, Breonna Taylor, George Floyd, and so many others. 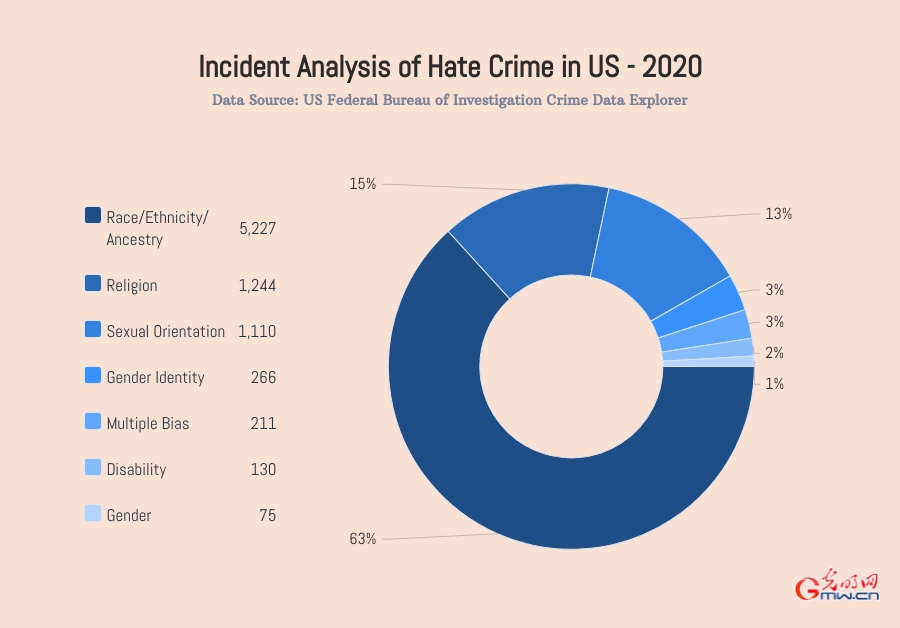 According to the FBI data, over 60% of the victims were targeted because of a racial, ethnic, or ancestral bias. Among all those crimes, Black or African Americans were more likely to become the victims of hate crimes than any other group, afflicted by 2,871 crimes, up by 45% from 1,972 crimes the year before.

“Hate is a harrowing fact of life,” The Boston Globe commented. The FBI also reported 57 historically Black colleges and universities and houses of worship received bomb threats this year, while the US society is still struggling to ensure the courts to recognize the severity of the hate crimes.

Colored people treated as threats to be subdued

A recent report published by CNN revealed America’s long history of dehumanization of Black men and boys that can be dated back to the second half of the 19th century. Numerous infamous examples were raised that made the truth come out: Black boys are often viewed differently than their White peers simply because of their race. “Put more bluntly, Black boys aren't seen as children at all -- instead, they're a menace,” CNN said.

History repeats itself as it can still be observed the disdain that many Americans have for Black men and boys. “The fact that we still see this (dehumanization of Blackness) is, I think, proof that we’ve not really come that far,” Caroline Light, a senior lecturer at Harvard University, told CNN. “I think that we’re going to continue to see these kinds of narratives play out because they're so effective, ultimately (at reinforcing existing power structures).”

Systemic racism rooted here and there

“Black individuals represent almost 13% of the U.S. population, but only 2.4% of American businesses are run by Black owners,” The AP reported that there is obviously a significant gap. 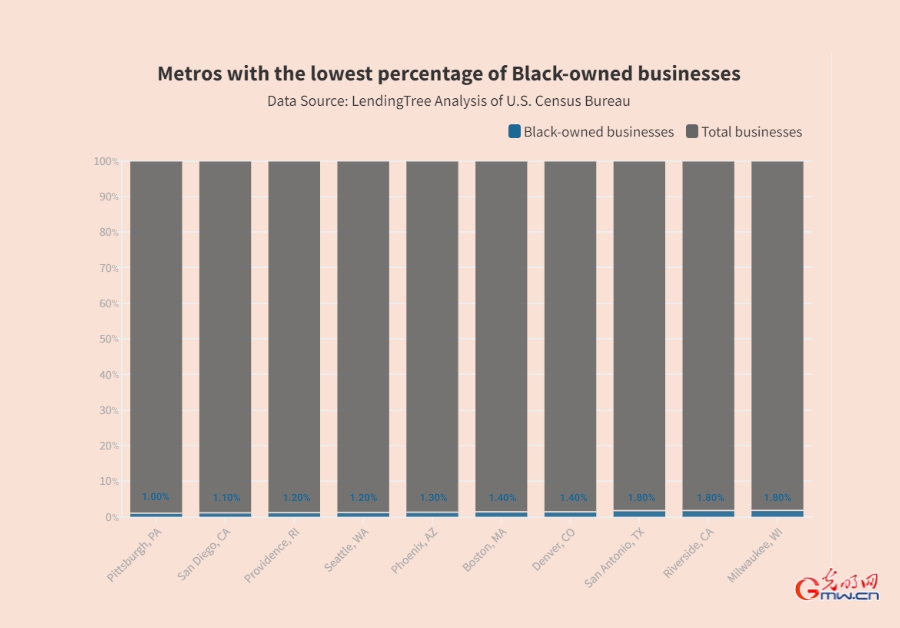 A recent LendingTree study has found that Pittsburgh of Pennsylvania was identified as the metropolitan area with the lowest percentage of Black-owned businesses at a shocking 1%, while Fayetteville of North Carolina topped the list, with a still dissatisfactory 11.2%.

In addition, the US transplant system calls on an overhaul to stop wasting organs and give more patients a fair chance at the life-saving surgery, as the country performed a record number of transplants of kidneys, livers and other organs last year, but for all the lives saved, many more who could benefit from a transplant, particularly colored people, never get put on the waiting list, a research report from the National Academies of Sciences, Engineering and Medicine stressed.

Moreover, systemic racism is also found deeply in the formulation of immigration law and its enforcement, a longstanding practice that has been documented by research reports. “The American Bar Association (ABA), the largest national organization of lawyers, has called for an investigation by the US government into the influence of racism and xenophobia on the enforcement of immigration laws,” The Hill reported. 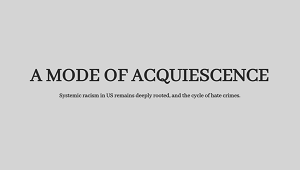