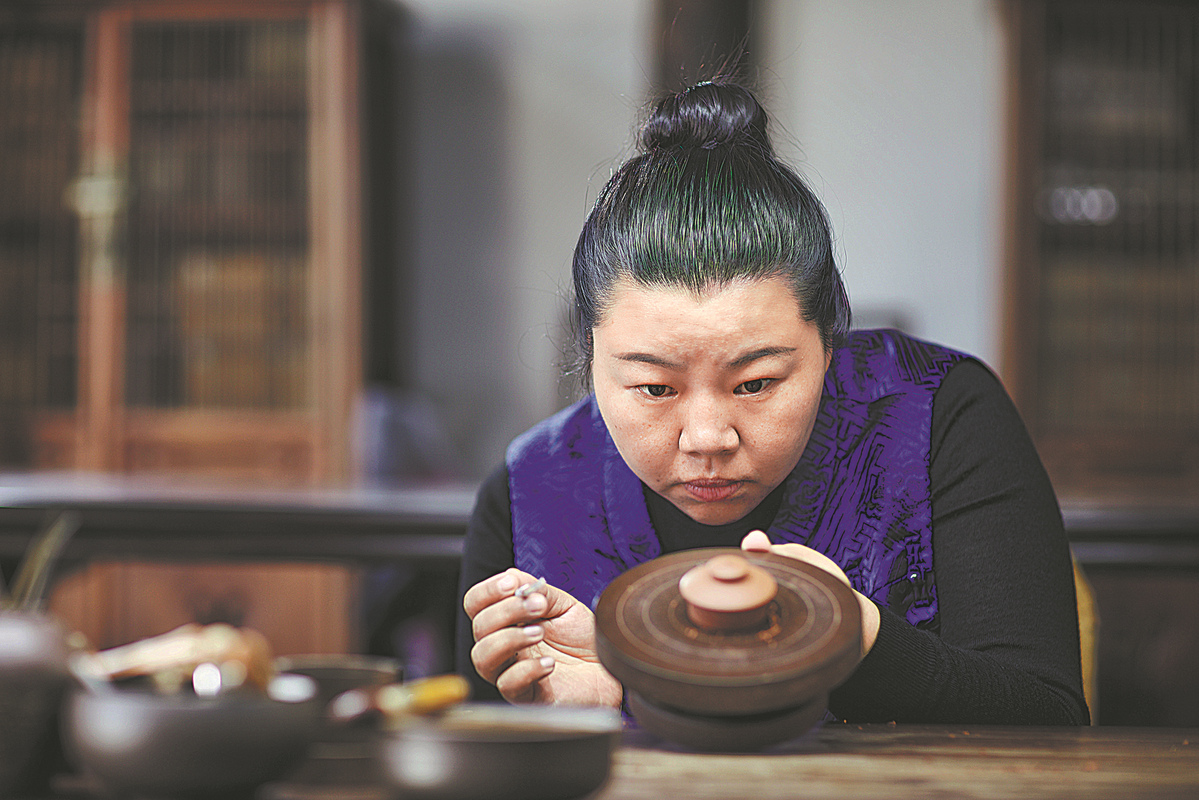 The 45-year-old was born in Jianshui county, Southwest China's Yunnan province, and is a member of the National Committee of the Chinese People's Political Consultative Conference.

She called upon the parties concerned to take into account associated needs such as schools setting up relevant academic majors and offering employment support.

"Both proposals have advanced," she said.

Since a guideline was released in August by the general offices of the Communist Party of China Central Committee and the State Council, China's Cabinet, efforts have been stepped up to protect, promote and popularize intangible cultural heritage, including through government funds for preservation, reduced interest on loans and tax incentives.

"It was a substantial protective policy, and many vocational schools now offer classes in intangible cultural heritage skills," Tian said.

She was named a provincial inheritor of Jianshui's national intangible culture heritage of "purple pottery firing" in 2014. Jianshui's purple pottery, which flourished during the Qing Dynasty (1644-1911), is made from the county's "five-color" clay, which consists of red, yellow, purple, white and green clays colored by various minerals. Finished pieces are hand-painted and coated in an unglazed polish. 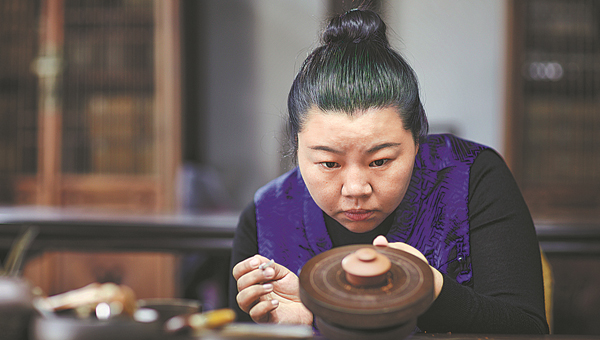