Chinese President Xi Jinping, also general secretary of the Communist Party of China Central Committee and chairman of the Central Military Commission, attended a plenary meeting of the delegation of the People's Liberation Army and People's Armed Police Force, at the fifth session of the 13th National People's Congress (NPC) in Beijing, capital of China, March 7, 2022. Xi delivered an important speech at the meeting. 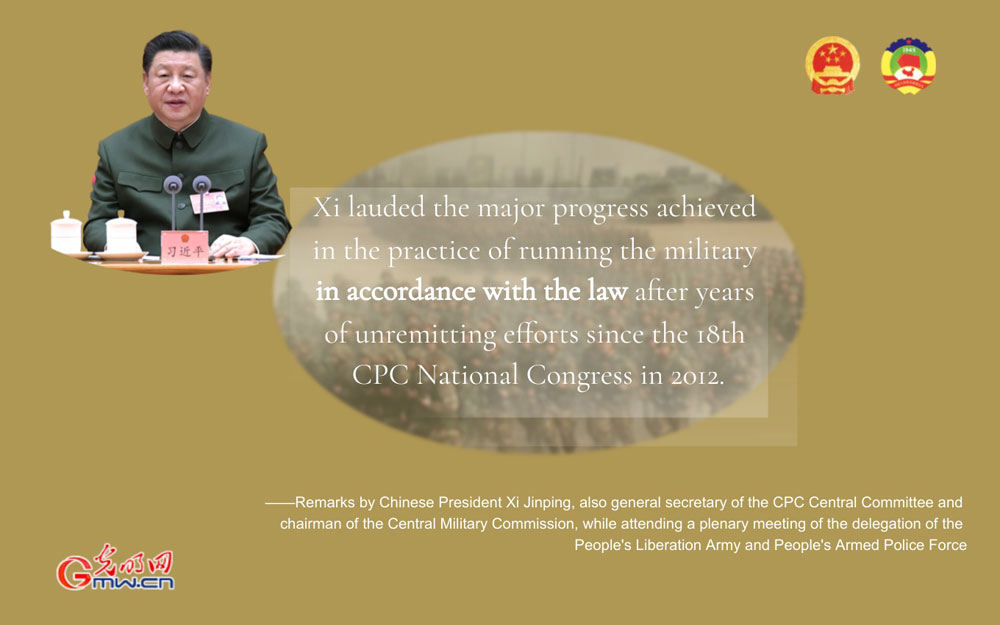 Xi lauded the major progress achieved in the practice of running the military in accordance with the law after years of unremitting efforts since the 18th CPC National Congress in 2012. 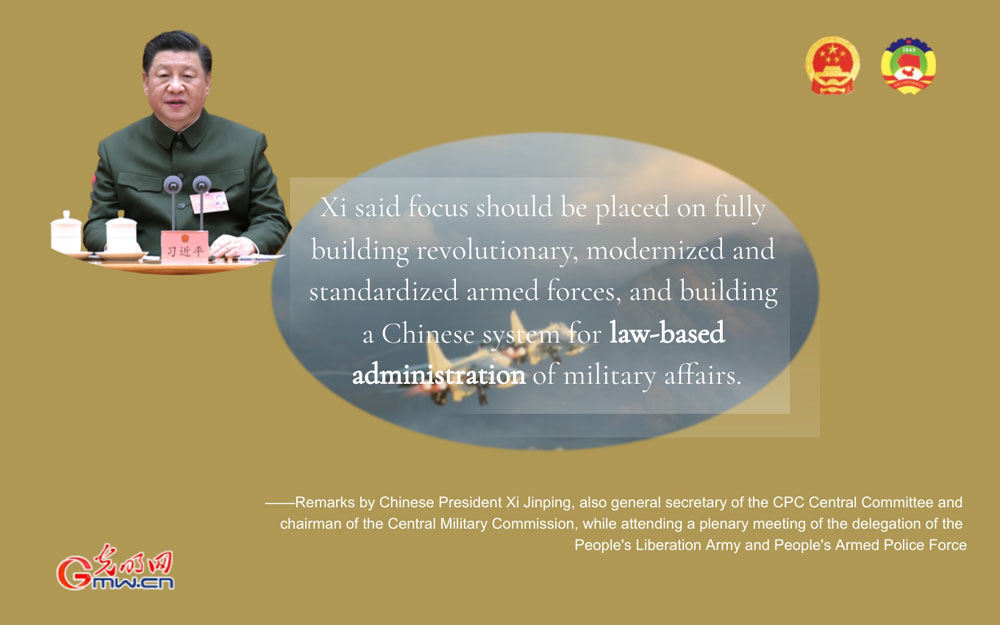 Calling for a comprehensive understanding of the strategy of running the military in accordance with the law, Xi said focus should be placed on fully building revolutionary, modernized and standardized armed forces, and building a Chinese system for law-based administration of military affairs. 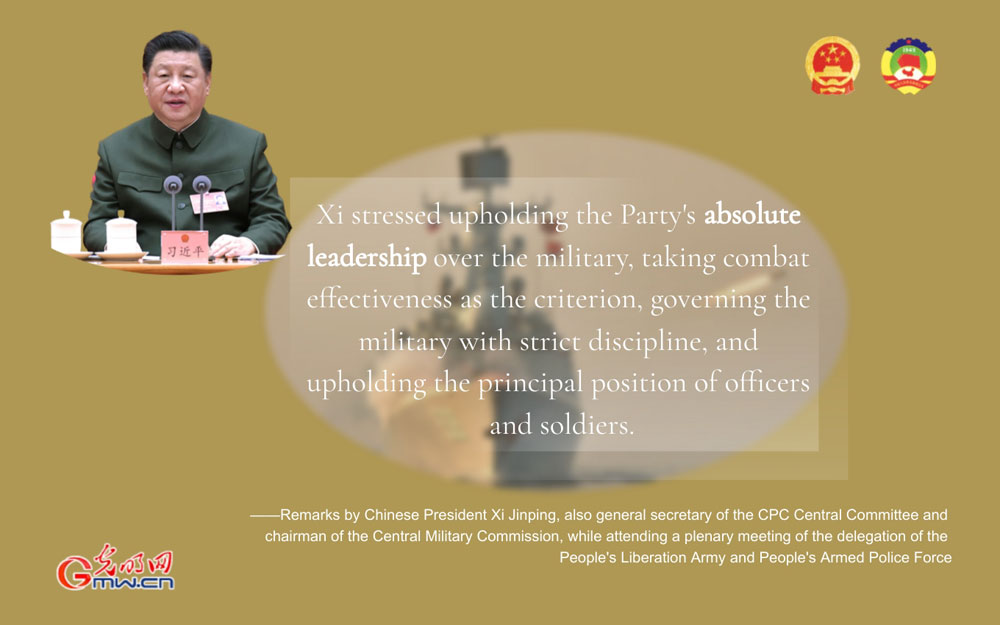 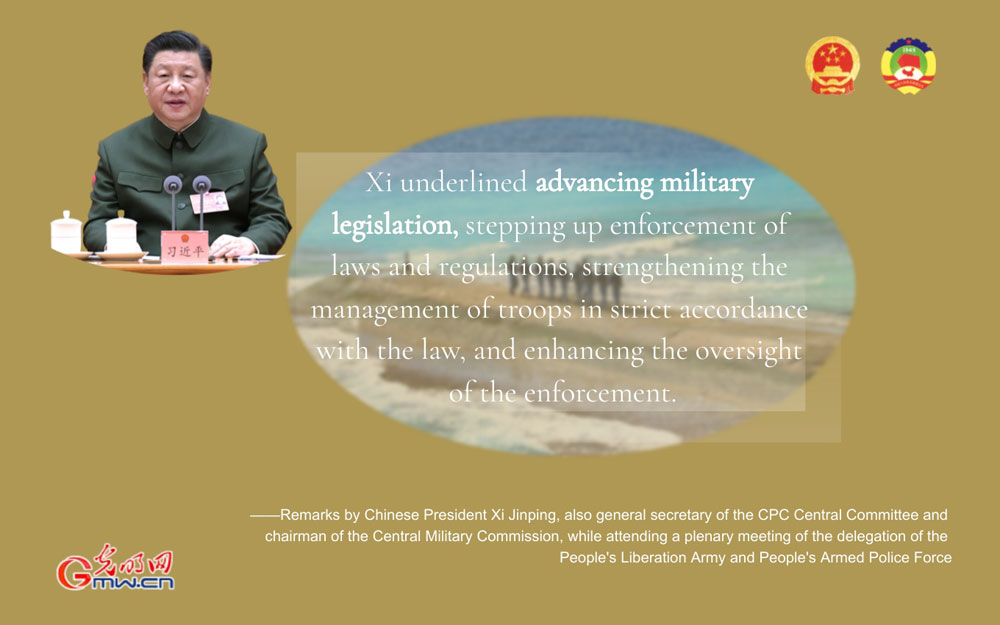 He underlined advancing military legislation, stepping up enforcement of laws and regulations, strengthening the management of troops in strict accordance with the law, and enhancing the oversight of the enforcement. 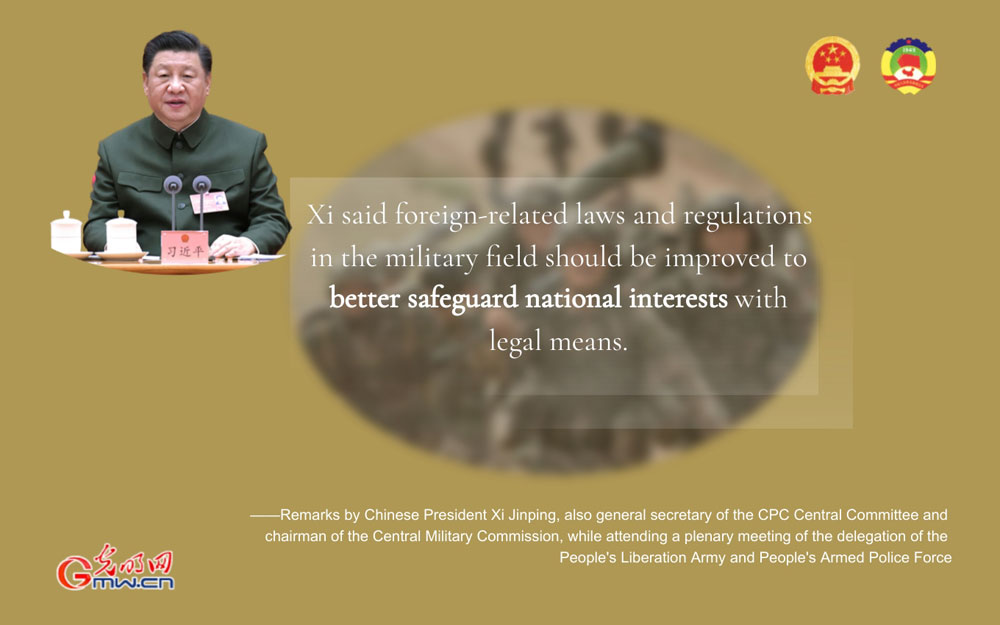 Xi said foreign-related laws and regulations in the military field should be improved to better safeguard national interests with legal means. (Source: Xinhua)