Ambassador Chapuis himself is a Chinese poetry researcher, who is fond of Du Fu. He has witnessed 40-year of development in China since his first position in China. Chapuis welcomed China's opening up to the world and encouraged the decisions to make the Belt and Road Initiative cleaner, greener, and more financially sustainable. He stressed that, as President Xi has said, China's success is not a zero-sum game, but an opportunity for the rest of the world. He also urged China to shoulder more responsibilities and contribute to multilateral international dialogues.

He spoke highly of the non-governmental exchanges between China and Europe, which are reflected in the growth of tourism. Europe, he said, is trying to diversify its tourist destinations by promoting the Cultural Routes of Europe. 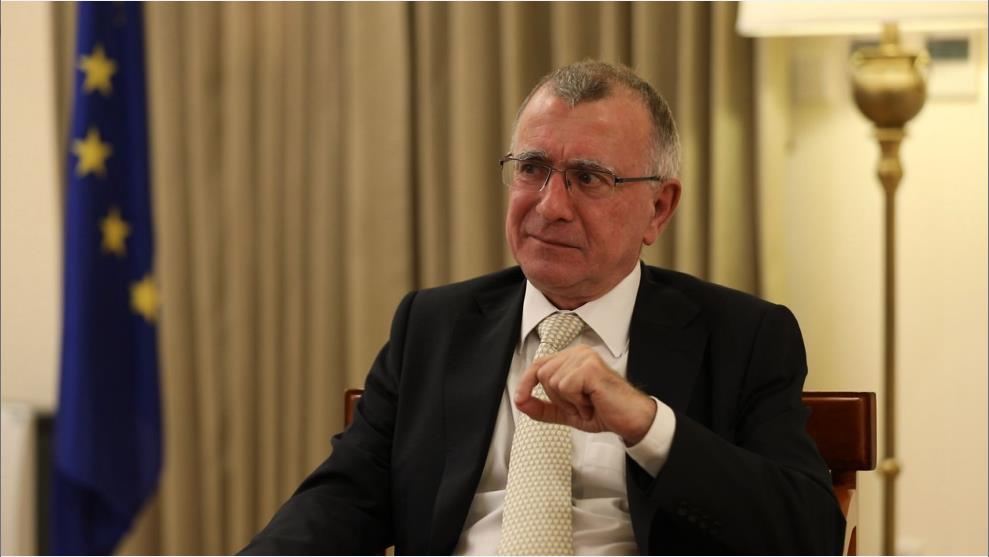 Photo of Nicolas Chapuis, the Ambassador of Delegation of the European Union to China, in conversation with Sun Chao, Head of the Belt and Road Ambassador Interview Program (Photo provided to Guangming Online)

Below is the transcript of Mr. Chapuis' s view during the conversation.

Well, indeed, I've devoted my professional life to China. I graduated in Chinese studies, and my 1st to stay in Beijing was exactly 40 years ago. So 40 years of being a witness to China's transformation. And I think there is a consensus today, not only in China, but outside of China, but the fact that China is succeeding in its reformation, its reform, into leading world economic, political, military power.

China’s success is an opportunity for the world

What's happening in China has an impact worldwide, and we do all hope that the cake is going to get bigger. Like your president says to the German chancellor, that it's not a zero-sum game, but China is not winning at the detriment of others, but that the success of China is an opportunity for the rest of the developing world to catch up, and for the developed world to benefit from the coming out of more than a billion Chinese citizens who can consume, travel, exchange.

Belt and Road is a Chinese initiative that has been welcomed worldwide, because it was another sign, another marker of China going out, of China looking at the world, of China's willingness to participate in economic development across the planet. And we have seen some progress, some decisions taken by the Chinese government to make Belt and Road cleaner, greener, and more financially sustainable. There should be no suspicion about the shared benefits. We do hope that in the near future, there will be European projects working and in end with Chinese Belt and Road projects.

What needs to be learned by everybody, including ourselves, is out to improve international conversations, dialogue, and multilateralism. It's complicated. It's not natural. And so you say you are learning, and it's true. We are seeing a large number now of Chinese economists, and Chinese diplomats, who are taking up very important positions. It is time, high time, that Chinese professionals take the seats and exert their managing skills at the top of its international bodies. With power comes responsibility. And doing that, China will see how the rest of the world sees China.

Well. It is essential. And the only true relationship is the capacity of people to recognize others. We are also trying to diversify, that people should not just go to the big cities, London, Paris, Berlin, Rome, Madrid, Barcelona, but should go to the countryside and really get into the fabric of these European countries.

Historically, in Europe, like in China, you know, the Grand Canal between Hangzhou and Beijing. We have, in Europe, special routes where people used to travel very often. And we hope many Chinese stories would want to visit and walk on these roads. 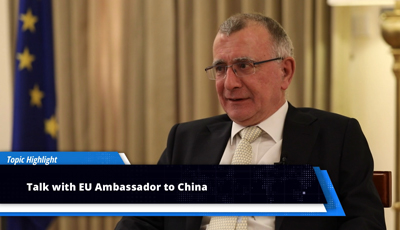