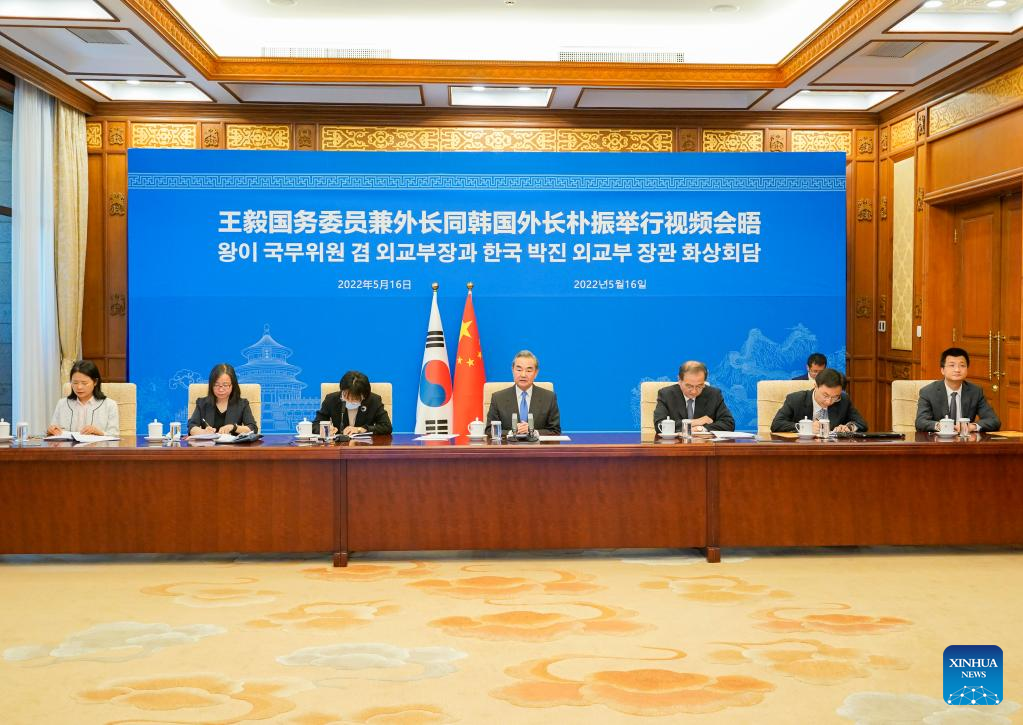 Chinese State Councilor and Foreign Minister Wang Yi meets with Park Jin, the new foreign minister of the Republic of Korea (ROK), via video link in Beijng, capital of China, May 16, 2022. (Xinhua/Gao Jie)

Noting China has always viewed the ROK and China-ROK relations from a strategic and overall perspective, Wang said their bilateral relations have experienced ups and downs and achieved leapfrog development, benefiting both peoples and promoting regional stability and prosperity.

China and the ROK have always respected each other's development paths, core interests and cultural traditions, Wang said, adding China-ROK trade has increased by more than 50 times and mutual investment has exceeded 100 billion U.S. dollars over the past 30 years.

"The two sides have achieved common development and prosperity through practical cooperation on an equal footing and of mutual benefit," he noted.

Thanks to the efforts of all parties, the Korean Peninsula has generally remained peaceful, providing a necessary environment for the development of the two countries and the region as a whole, Wang said.

Wang said the two countries got rid of the shackles of the Cold War and opened a new chapter of cooperation 30 years ago. "Today, it serves the fundamental interests of China and the ROK to keep the region open and inclusive, guard against the risks of the new Cold War and oppose camp confrontation," he stressed.

"Standing at a new starting point, we should grasp the right direction and create a new 30 years of greater development of China-ROK relations," Wang said.

He suggested the two sides make good use of dialogue mechanisms at all levels, maintain smooth and high-quality political and diplomatic communication, enhance understanding, promote cooperation and manage differences.

Both sides should proceed from their respective and common interests, oppose the negative tendency of "decoupling" and "cutting off chains", and maintain the stability and smoothness of the global industrial chain and supply chain, Wang said.

Wang said China is glad to see the ROK play a more constructive role in promoting world peace and prosperity, and stands ready to work with the ROK to safeguard the common interests of the two countries, Asia and emerging markets, and inject stability and certainty into the turbulent and changing times.

Park Jin said the ROK attaches great importance to developing relations with China and is willing to establish a more healthy and mature bilateral relationship with China based on the spirit of mutual respect and cooperation. He added that the ROK always adheres to the one-China principle.

The ROK hopes to take the 30th anniversary of the establishment of diplomatic relations between the two countries as a new starting point to maintain high-level exchanges, deepen economic and trade cooperation, promote people-to-people exchanges and push bilateral relations to a new level, Park Jin said, adding the ROK appreciates and expects China to continue to play an important and constructive role on the Korean Peninsula issue.

The two sides also exchanged views on the new changes on the Korean Peninsula and international issues of common concern. ■ 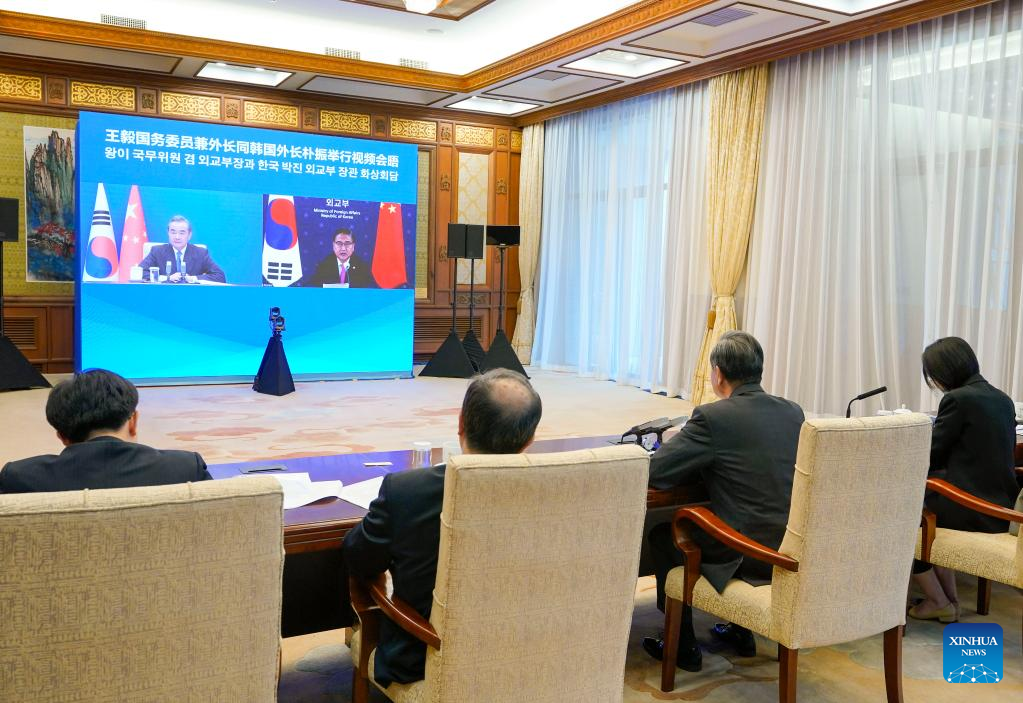 Chinese State Councilor and Foreign Minister Wang Yi meets with Park Jin, the new foreign minister of the Republic of Korea (ROK), via video link in Beijng, capital of China, May 16, 2022. (Xinhua/Gao Jie) 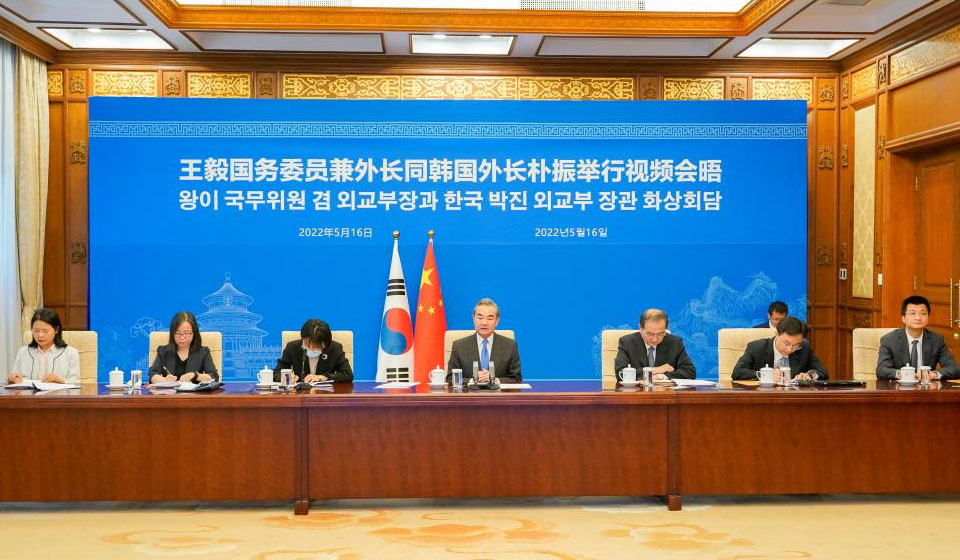