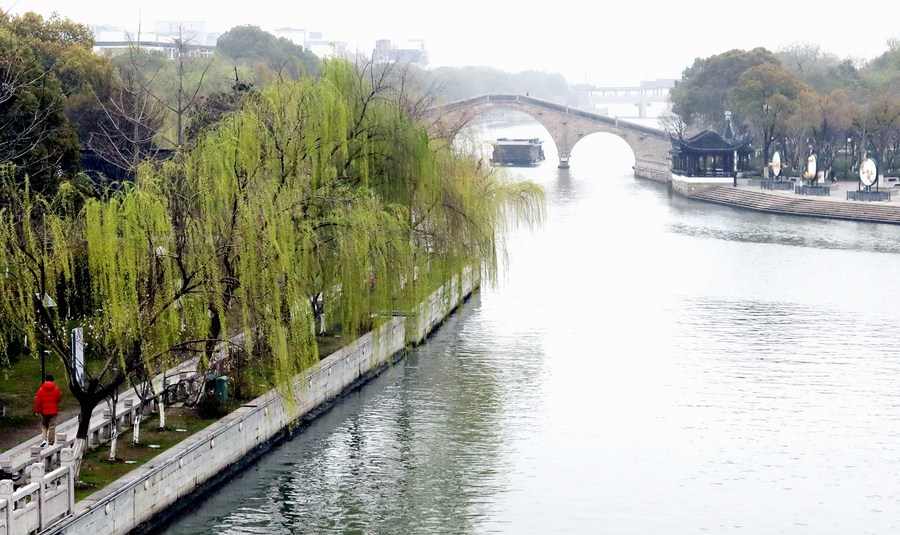 NANJING, May 16 (Xinhua) -- A key river improvement program was launched in the Yangtze River Delta region on Monday, with China fast-tracking its water conservancy project construction.

The Jiangsu section will be in Suzhou and will cost 15.6 billion yuan, with the funds allocated to river course improvement, water conservancy projects, bridges and other areas.

The program will improve flood control in regions around Taihu Lake, China's third-largest freshwater lake, according to Minister of Water Resources Li Guoying. It will also restore regional water ecology and facilitate the river shipping capacity between Suzhou and Shanghai.

China has fast-tracked its construction of water conservancy projects and plans to launch more than 30 projects in 2022, according to the Ministry of Water Resources.

China plans to invest more than 800 billion yuan in the construction of water conservancy projects in 2022. In the first four months, investment reached 195.8 billion yuan, up 45.5 percent year on year, according to the ministry.