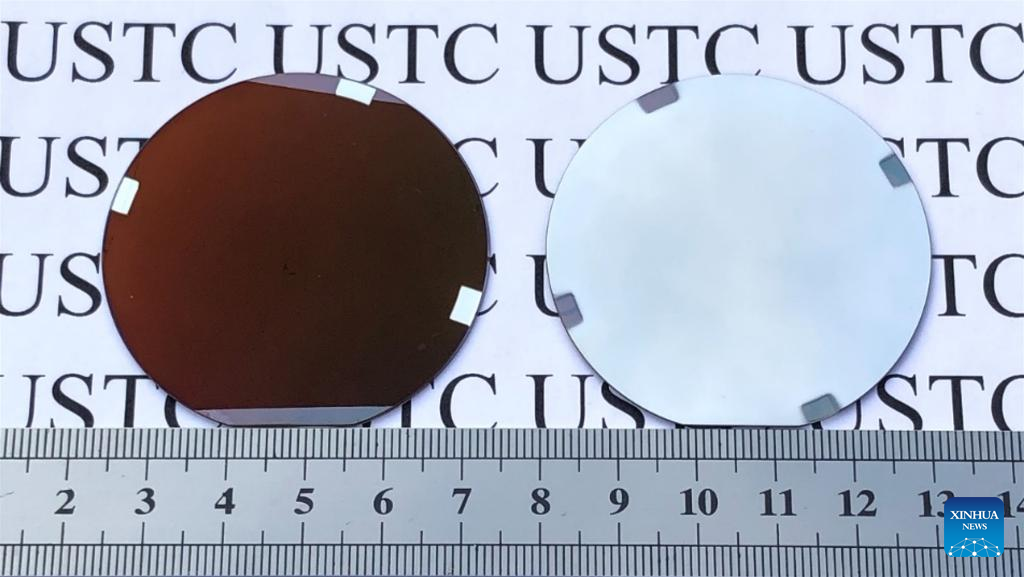 Undated file photo shows two different states of a new type of coating material. (University of Science and Technology of China/Handout via Xinhua)

HEFEI, May 25 (Xinhua) -- A new type of material has been developed that can absorb heat from the sun during the day and emit energy to outer space to harvest cooling at night, according to a recently published article.

The base of the coating material is vanadium dioxide (VO2) film and its switch from heating to cooling mode throughout a 24-hour day-night cycle creates no extra energy costs, according to Pei Gang and Zou Chongwen, leading scientists of the study from the University of Science and Technology of China.

The study represents a novel approach for harvesting renewable energy from sunlight and outer space and is of emerging interest, according to its peer-review.

The breakthrough of the study is to harvest 'heat and cool' in a single structure, which saves space and reduces costs, said Pei.

The material could be applied to fields including energy conservation in buildings, cooling photovoltaic systems, thermoelectrics and energy supply in outer space, according to Pei.

The issue facing the use of the material is high costs, however, substitute materials with similar techniques but lower efficiency are close to mass production, said Pei.

The findings have been published online in the Proceedings of the National Academy of Sciences.