China's market entities reach 159 million by end of May 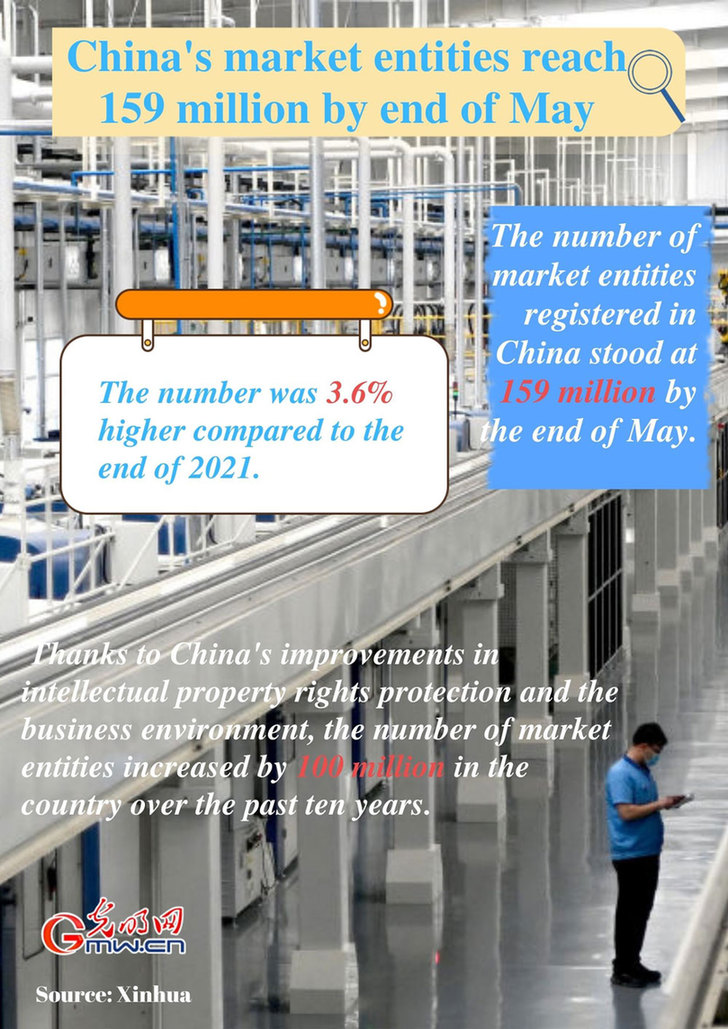 The number of market entities registered in China stood at 159 million by the end of May, said the country's top market regulator on June 29, 2022.

The number was 3.6 percent higher compared to the end of 2021, said the State Administration for Market Regulation (SAMR).

The administration has launched a campaign to help micro, small, and medium-sized enterprises and individual businesses reduce costs and raise the quality of their products and services, said the SAMR.

The campaign has so far covered over 18,000 enterprises, over 90 percent of which were micro, small, and medium-sized firms.

Thanks to China's improvements in intellectual property rights protection and the business environment, the number of market entities increased by 100 million in the country over the past ten years, according to a report released by the Office of the National Leading Group on the Fight against IPR Infringement and Counterfeiting.