Li Hansen: From HKU to Tsinghua, from Beijing to Shanghai, find a better self on a bigger platform

I was seven years old when Hong Kong was reunited with China in 1997, and I only remember a few images of July 1. One of the changes I could remember was the Mandarin learning in primary school. I also recall clearly the launch of Shenzhou V in 2003, and it was so shocking to see that China had its first astronaut in space. I remember writing my essay about it.

I graduated from HKU in 2012 with a bachelor’s degree, then worked for a year and considered a master’s degree in 2013. I actually applied to three universities, two in Hong Kong and the other one was Tsinghua. I got the offer from all three universities, as I felt that Tsinghua had a strong academic atmosphere and its reputation was quite recognized, so I chose Tsinghua. I had never been to Beijing at the time, my impression of the city was what I saw during the Olympics, the Bird’s Nest and the Water Cube, which I thought were very beautiful and creative.

The mainland is a much larger platform, the possibilities are also immense. When I was at graduate school, I began to consider where to work after graduation, should I return to Hong Kong? but after careful deliberation, I was convinced that major cities like Beijing and Shanghai are super platforms with tremendous space of development and a keen desire for talents, and I could find a fitting position, too. So I stayed in the mainland after graduation. I have lived in Beijing for 9 years, and in May I came to Shanghai following a job transfer. I like both cities very much, Beijing’s historical heritages are fascinating to me; and Shanghai gives you more of that inclusive and diverse feeling of Hong Kong, and its infrastructure is very modern. 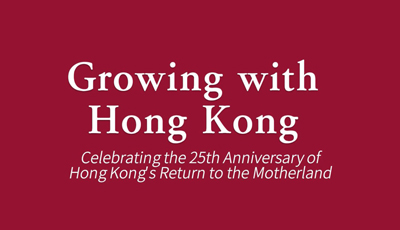