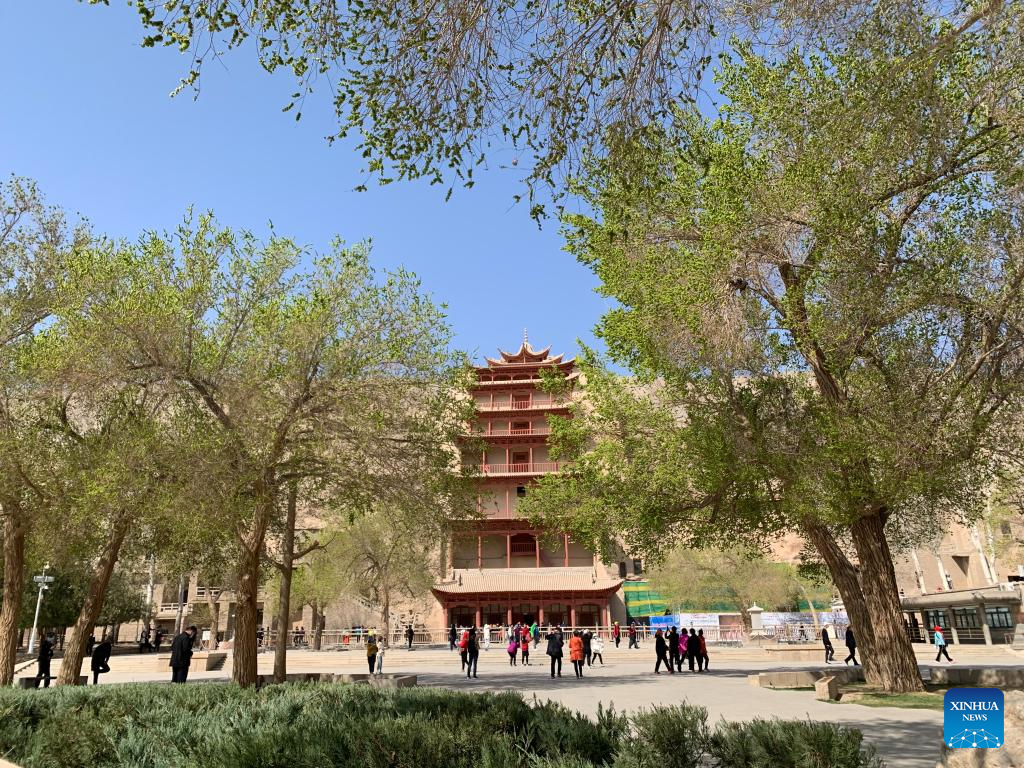 Jiayao appears as a girl wearing traditional robes with feathers sprouted from her back. The animation depicts her experience with the relics and interactions with other characters from the murals.

As Dunhuang culture's digital ambassador, Jiayao was developed by the Dunhuang Academy, an institution responsible for the conservation, management, and research of the Mogao Grottoes and other cultural relics.

While on the caisson ceiling of cave No. 360 of Mogao Grottoes, her prototype with a human upper body, wings, and a bird-like lower body, plays the Chinese musical instrument pipa. The creature is believed to have a charming voice.

"Dunhuang culture is profound with some elements that are difficult to understand. Introducing new media and technologies can provide more gateways to traditional culture," said Du Juan, deputy director of the media center of Dunhuang Academy.

The millennia-old Mogao Grottoes are home to a vast collection of Buddhist artworks -- more than 2,000 colored sculptures and 45,000 square meters of murals are located in 735 caves, carved along the cliffs by ancient worshippers.

Du said the academy has made efforts to spread and personify the culture with Jiayao. The virtual figure has dynamic facial expressions and can perform the Dunhuang dance, with her hair, clothes and accessories swaying with the wind.

According to the academy, in the future, Jiayao will acquire knowledge with the help of AI technology, host livestreaming sessions, and interactively tell online tourists stories of Silk Road and Dunhuang.

A digitalization project was inaugurated to create digital versions of the Mogao Grottoes in the 1990s, and the Digital Dunhuang website started displaying 3D images of caves in 2016. Last month, the internet giant Tencent said it plans to apply gaming technology with digital renderings of the ancient classics in grottoes.

According to an initiative released by curators and scholars across China this March, museums should move toward metaverse and explore its applications.

"In the future, when entering the metaverse of Mogao Grottoes, audiences can appreciate sculptures and murals at any angle at any time," said Duan Yong, one of the initiators and a professor at Shanghai University. "They can also play a role as a historical or legendary figure and go back to ancient time through time travel."

In a cartoon plot, Jiayao said, "Over the past one thousand years, I have witnessed people who intended to preserve and those who destroyed Mogao Grottoes. In the next millennium, Dunhuang culture will be inherited and we should strive for the caves' future."

According to Duan, the metaverse will make museums exist permanently in a digital form and can provide them with diversified application scenarios. 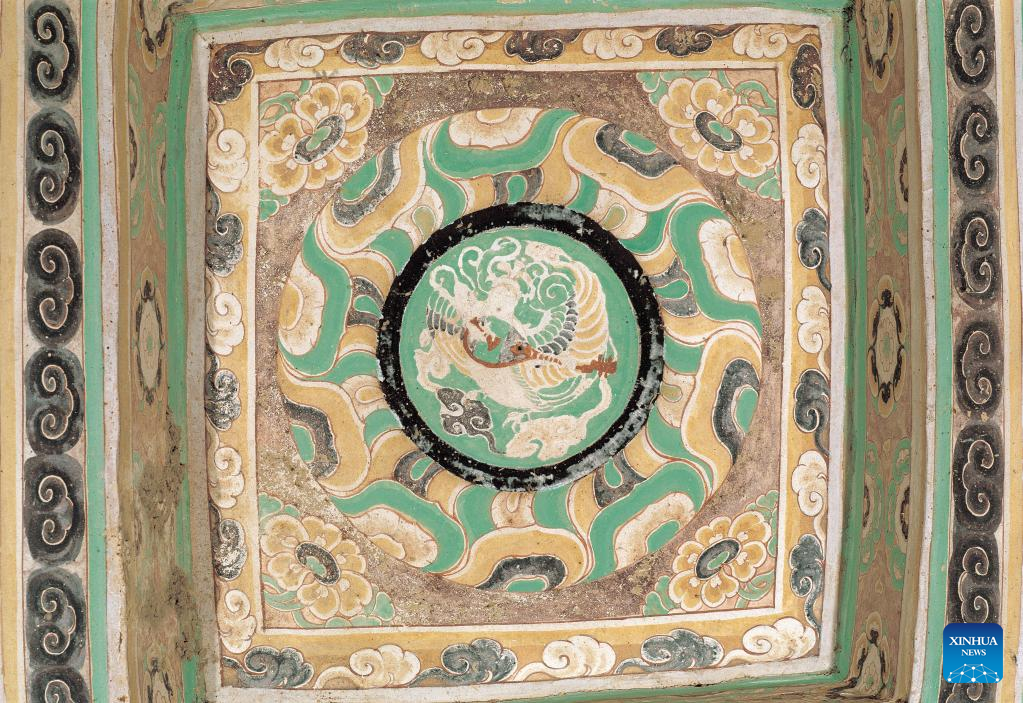 This undated photo provided by the Dunhuang Academy shows the prototype of Jiayao, the official virtual cartoon figure of Mogao Grottoes, with a human upper body, wings, and a bird-like lower body, playing the Chinese musical instrument pipa, on the caisson ceiling of cave No. 360 of Mogao Grottoes in Dunhuang, northwest China's Gansu Province. (Dunhuang Academy/Handout via Xinhua)