BUDAPEST, July 27 (Xinhua) -- The damage caused by aridity to Hungary's farmers is at a record high, the country's Minister of Agriculture Istvan Nagy said here on Tuesday night.

The extent of drought damage can already be evaluated, even though it is only the end of July, he said. Standing crop on a record 690,000 hectares has been damaged.

In an interview with local commercial station Inforadio, the minister said that this year's damage was already double the total of the past ten years.

This year's harvest is also severely hampered by the drought, something that "has never happened before," he said.

Corn and sunflower are knee-high only, while in normal circumstances they should exceed two meters.

The problem, he said, is not unique to Hungary as the situation is not much better elsewhere in Europe.

An estimated 46 percent of Europe's cropland has been affected by drought, and several rivers have almost completely dried up on the continent, adding to the effect of the Russia-Ukraine armed conflict on raising food prices, he said.

According to Nagy, irrigation will continue to pose a serious challenge in the future. The water level in the Tisza, Hungary's second largest river, is approaching a historic low, and in the Danube (the largest river) it has fallen to 40 percent of the long-term average.

He said that the authorities in Hungary are working to increase the country's water storage capacity and to collect as much rainwater as possible during the rainy season. 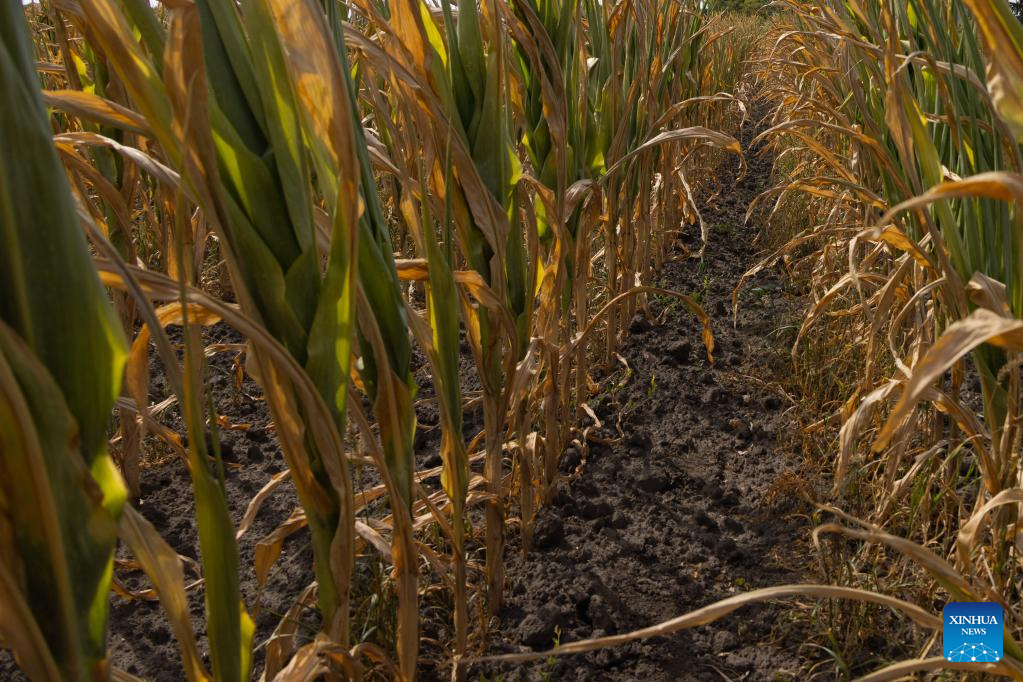