The Tianjin Binhai-Zhongguancun Science Park was formally established in November 2016 in Tianjin Binhai New Area. After six years of development, the science park has become the city's scientific and technological innovation highland.

In the process of the Beijing-Tianjin-Hebei integration, regional coordination in transportation is becoming a reality. The one-hour commuting circle has basically taken shape in the core area of the three areas.

In recent years, Tianjin has poured heavy investments into improving the ecology of the Tianjin Binhai New Area and its surrounding areas.

TIANJIN, July 31 (Xinhua) -- Entrepreneur Hu Jianlong is a beneficiary of the coordinated development of the Beijing-Tianjin-Hebei region.

Hu, 38, set up an agricultural artificial intelligence company in Beijing in 2014 but faced high costs of rent and labor force in the capital city. 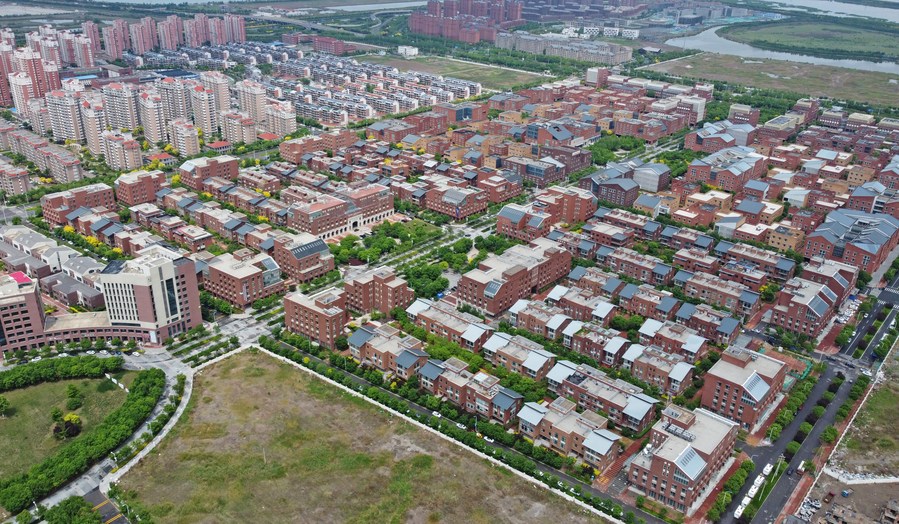 He moved the company headquarters to Tianjin Binhai New Area in Tianjin Municipality in 2018, four years after the coordinated development of the three geographically adjacent regions was promoted as a major national strategy.

"The favorable policies, lower operation costs, and broad development space offered by the strategy encouraged me to expand my career in Tianjin," said Hu.

It proved to be the right decision. Currently, Hu's business has expanded to more Chinese provincial-level regions, with the annual sales revenue exceeding 10 million yuan (about 1.48 million U.S. dollars).

"The regional integration program has been gaining steam, bringing benefits to individuals and enterprises in Tianjin, as well as injecting vitality into the development of the city itself," said Hu.

A major task of the coordinated development strategy of the Beijing-Tianjin-Hebei region is to relieve Beijing of functions non-essential to its role as the national capital. 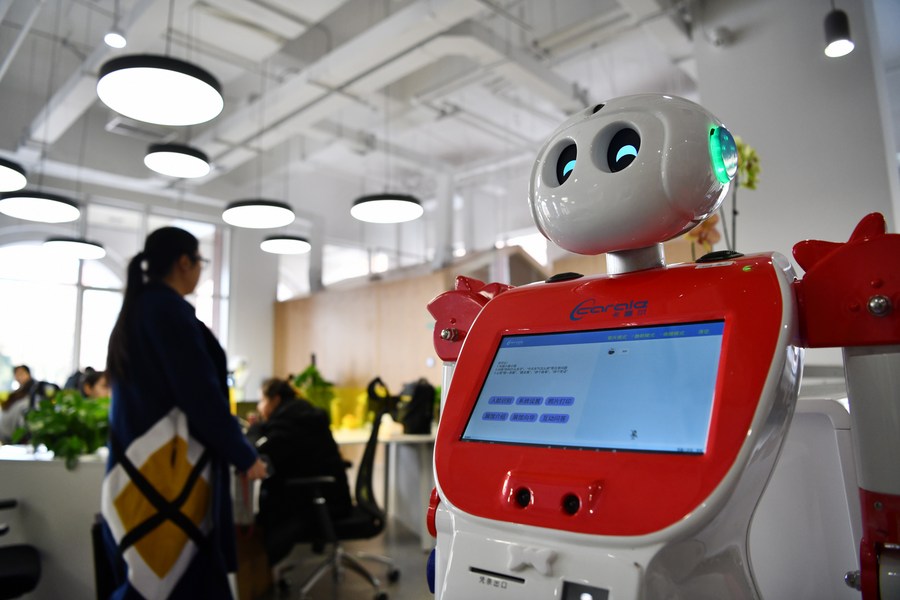 The science park has made full use of the policy advantages of Tianjin and Beijing, blazing a new way for the two cities' joint scientific and technological innovation, said Zheng Yi, general manager of the company operating the science park.

After six years of development, the science park has now become the city's scientific and technological innovation highland, attracting the settling down of over 3,000 enterprises, with a total registered capital of over 140 billion yuan.

Driven by scientific and technological innovation, Tianjin Binhai New Area, an important platform for implementing the regional integration program in Tianjin, has also developed into a growth engine with industrial clusters.

In the process of the Beijing-Tianjin-Hebei integration, regional coordination in transportation is becoming a reality. The one-hour commuting circle has basically taken shape in the core area of the three areas. 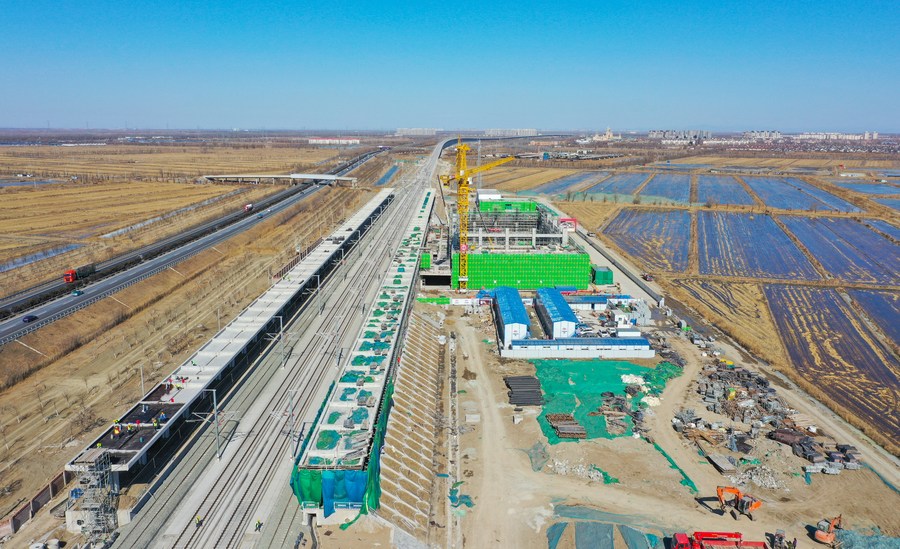 Working in Beijing and living in Tianjin, Wang Zhiping has been commuting between the two cities. "It now only takes me about half an hour to commute by the Beijing-Tianjin intercity railway. The regional integration has brought real benefits to our daily life," said Wang.

Data showed about 100,000 people commuted between Tianjin and Beijing every day in 2020. The Beijing-Tianjin intercity railway had transported 300 million passengers as of 2020 since it opened to traffic in 2008.

More connectivity has also been expected in the sea. As the maritime gateway of the Beijing-Tianjin-Hebei region, Tianjin Port has enhanced cooperation with neighboring ports in Hebei to build a world-class port cluster since 2014.

According to Chu Bin, chairman of the board of the Tianjin Port (Group) Co., Ltd., Tianjin Port has established trade ties with more than 800 ports in over 200 countries and regions, further promoting the region's integration into the global economic development.

The Beijing-Tianjin-Hebei region is also a particularly important ecological area. In recent years, Tianjin has poured heavy investments into improving the ecology of the Tianjin Binhai New Area and its surrounding areas. 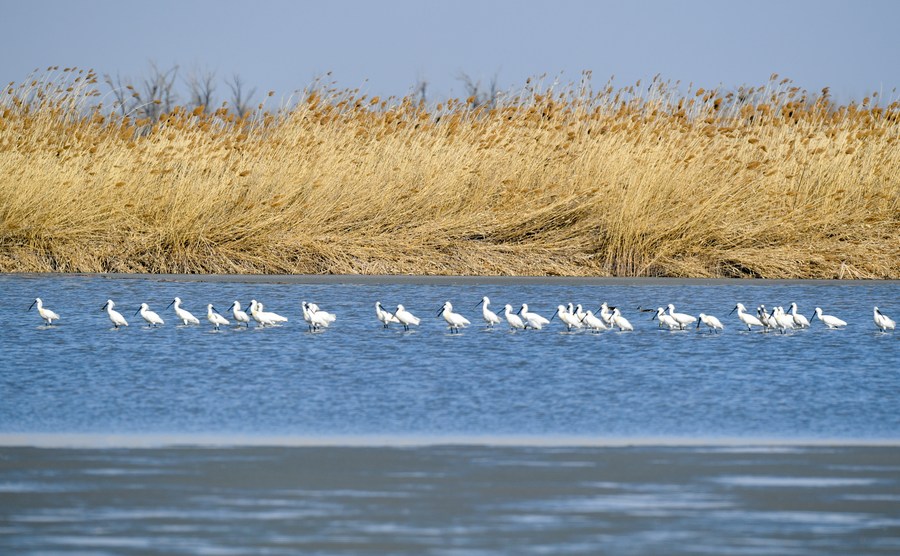 In 2017, Tianjin began to tackle 22,000 small polluting factories, mostly located between Tianjin Binhai New Area and the Tianjin city proper some 60 km away, and launched protection work on 875-square-km wetlands. It also built a green ecological barrier of 736 square km between the two areas in 2018.

Meanwhile, after Tianjin proposed a development plan to build Tianjin Binhai New Area as one of the "twin cities" together with Tianjin city proper, the Area launched 221 projects with a total investment of 573.1 billion yuan in 2021 to improve the infrastructure and the urban services.

Efforts have borne fruit. Now the forest area in the ecological barrier has exceeded 12,667 hectares. The city's average concentration of PM2.5 dropped to 39 micrograms per cubic meter in 2021 from 96 in 2013. The port city has also restored about 153 km of coastline and set up a number of waterfront parks.

The improved living environment has attracted more people working in Tianjin Binhai New Area to settle down. In 2016, more than 300,000 people commuted between the "twin cities" in Tianjin every day, and the figure dropped to around 40,000 in 2021.

Hu's family moved from Beijing to Tianjin Binhai New Area in 2019. His daughter is now studying at a local primary school. "After work, I often walk with my daughter along the coastline. I have achieved my dream career and life in Tianjin," said Hu. 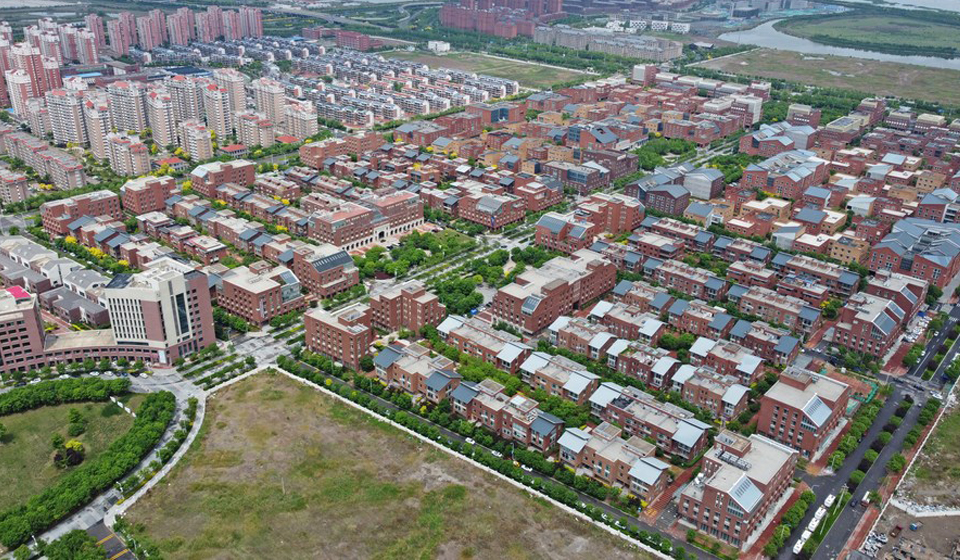