Inciting “Taiwan Independence” Will Boomerang in the End

In disregard of China’s solemn representations, US House Speaker Nancy Pelosi brazenly went ahead with her visit to China’s Taiwan region. Her ulterior motives, personal gains and political speculations aside, she has blatantly challenged the one-China principle, sent wrong signals to “Taiwan Independence” forces on the island, left behind malicious impacts on the international community while severely undermining China-US relations and peace across the Taiwan Strait. Nancy Pelosi’s nasty move is sternly condemned by all the Chinese people, including Taiwan compatriots.

Pelosi’s visit to Taiwan will be dealt with resolutely as she has seriously undermined China-US relations and disregarded the interests of the two peoples. For decades, she’s been amassing political points by playing the “China Card” and indulging herself in anti-China activities. Unsurprisingly and notoriously, some anti-China members of the US Congress have been creating trouble by inciting visits to Taiwan, proposing bills involving Taiwan, and smearing China in public media, and Pelosi is one of them. Her political-point-game traces back to the 1990s, with her egregious remarks in the House fanning the anti-China flame. She’s heard on every topic related to China: China’s most-favored-nation treatment, “currency manipulation”, WTO entry talks, human rights, Hong Kong, Xinjiang and Taiwan. Since Tsai Ing-wen of the Democratic Progressive Party (DPP) took office in Taiwan, Pelosi has been pushing a series of Taiwan-related bills, constantly sending wrong signals to separatist forces on the island. Out of her bigotry and anti-China doctrine, her visit has jeopardized China-US relations and stability across the Taiwan Strait. She may have gained political points by her own measurement, but it will backfire as China’s core interests brook no challenge, not by anyone.

The visit marks an inevitable unraveling of the US ambiguity on the Taiwan issue, as it demonstrates how it is contradicting itself in its diplomatic philosophy and practice. The visit has caused great harm to peace across the Taiwan Strait, China-US relations, as well as the international order. Misperceptions in the US continue to haunt the most important bilateral relationship in the world, as some in the US misread China’s development and view it as a long-term challenge to their country. One the one hand, they’ve constantly made clear their commitment to the one-China policy; on the other hand, they have been hollowing out this policy by supporting, blatantly or covertly, “Taiwan Independence” forces, attempting to use Taiwan to contain China, and testing China’s bottom line with the salami-slicing tactic to seek illegitimate gains. This year alone, the US has not only sent some members of its Congress to Taiwan, but has also continuously approved arms sales to the island and allowed Taiwan’s fighter jet pilots to be trained on US soil, fully revealing its agenda to contain China with Taiwan. Today, under the pretense of its division of powers system, the legislative and the executive branches in the US are shirking responsibilities and allowing anti-China politicians to race to the bottom playing the “Taiwan card”, which eventually led to Nancy Pelosi’s visit to the island.

The nasty visit, carried out in defiance of the stern warning from Chinese government, was a blatant challenge to the one-China Policy long held by the international community–not only has it sent a deadly-wrong message to separatists in Taiwan, it has disrupted regional peace and stability. But inciting “Taiwan Independence” will boomerang in the end–the double-faced stance of the US, and its instigation with one dirty move after another, will only plunge Taiwan into catastrophe, and eventually bring deadly consequences to the US itself.

Taiwan’s DPP must also take its fair share of blame for its clinging to the US to seek “independence”. Its long political lobbying in the US and its reliance on external forces to muddy the water will eventually draw fire against itself, and it will ultimately swallow the bitter fruit. The recent escalation of tensions is caused directly by the collusion between those in the US wishing to contain China with Taiwan, and those in Taiwan who cling to the US to seek “independence”. Stirring the sea of peace and internationalizing the Taiwan question through nasty visits are no different from playing with fire, and in the end of the day, the players will get burned.

For decades, the US has used Taiwan as a pawn against China, it has never truly cared about the people of Taiwan, or the peaceful development of the island. Some people should brace for the consequences because, one day, the tragic games where the pawn is abandoned will be played again. The pipe dream of seeking “independence” through an external power will eventually collapse, and pro-independence politicians in Taiwan will for sure be nailed to the pillar of shame in history. The Chinese government and people are prepared to fight resolutely. They will never leave any room for any form of “Taiwan independence” activities, will never allow any outside forces to interfere or split Taiwan from China. The trend of history and the strong will of 1.4 billion Chinese people are not to be challenged. Those playing with the fire of “Taiwan Independence” will eventually get burned. 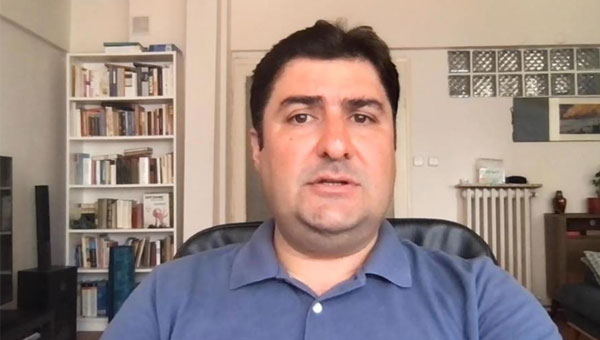