Smoke billows following an Israeli airstrike in the southern Gaza Strip city of Rafah, on Aug. 7, 2022. (Photo by Khaled Omar/Xinhua)

JERUSALEM, Aug. 7 (Xinhua) -- Israel confirmed on Sunday it has agreed an Egyptian-brokered cease-fire with the Palestinian Islamic Jihad (PIJ) in the Gaza Strip, ending the deadly Israeli airstrikes and the barrage of Palestinian rockets for three days.

"If the cease-fire is violated, Israel reserves the right to respond forcefully," Hayat added. 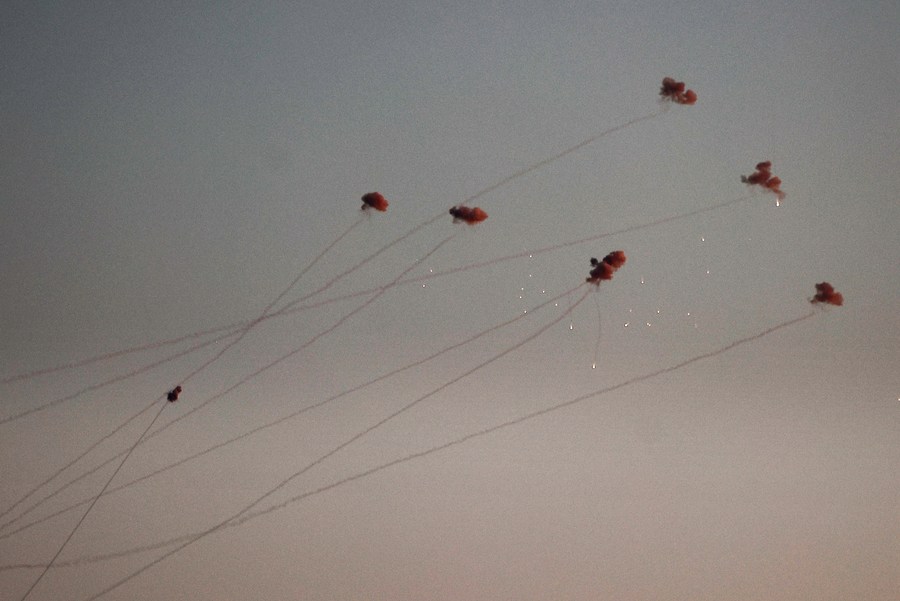 Israel's Iron Dome defense system intercepts a rocket launched from the Gaza Strip above the southern Israeli city of Ashkelon on Aug. 7, 2022. (Ilan Assayag/JINI via Xinhua)

Starting Friday, Israel unleashed a series of airstrikes targeting PIJ sites in Gaza, killing at least 43 people including 15 children, according to the Palestinian health ministry in Gaza.

In response, the PIJ and other militants in Gaza fired more than 950 rockets at cities in southern and central Israel, causing no fatalities. 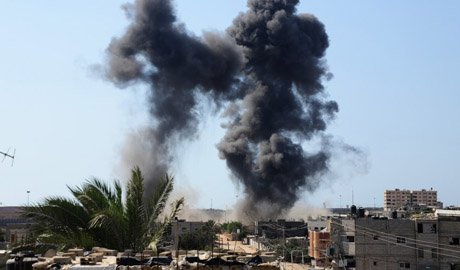