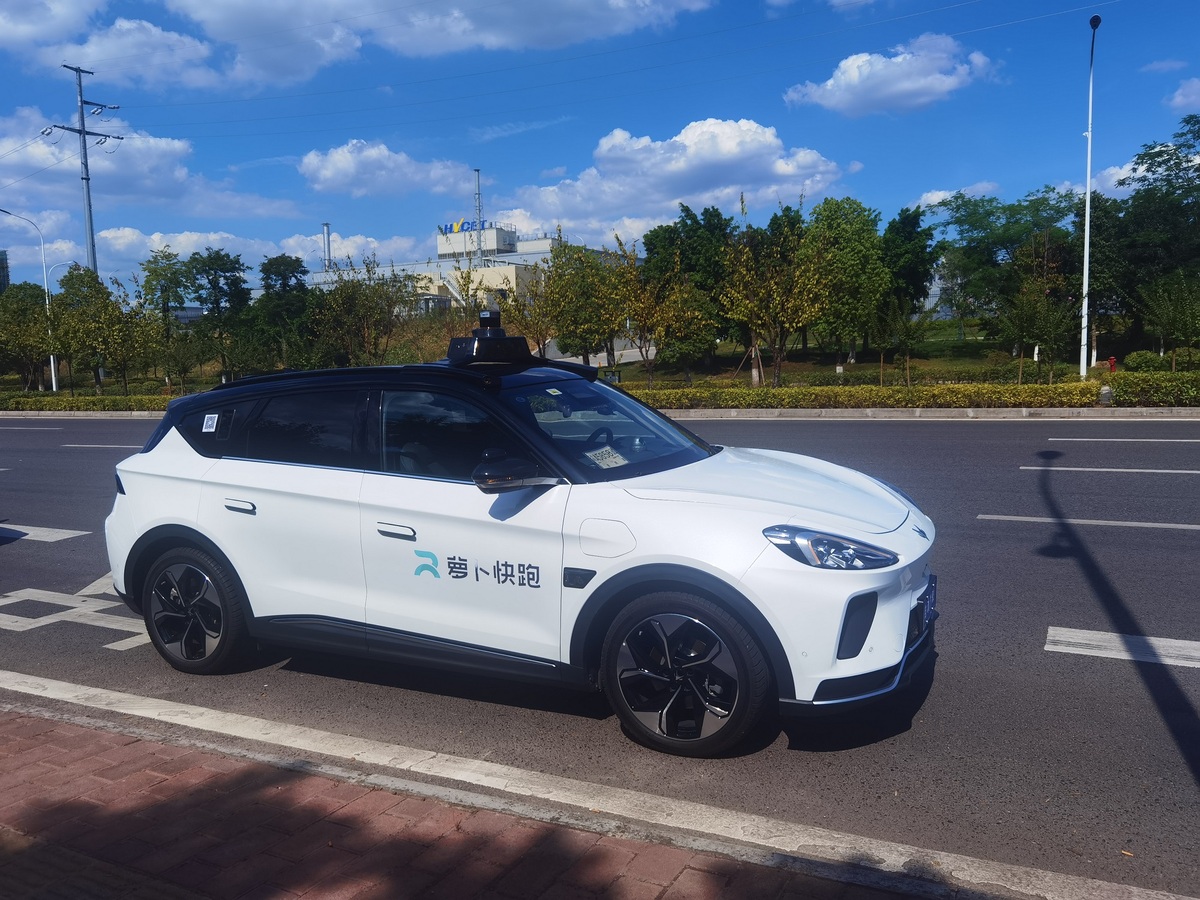 A photo shows an autonomous driving taxi, also known as a robotaxi, in Chongqing's Yongchuan district. [Photo provided to chinadaily.com.cn]

Chongqing's Yongchuan district granted China's first unmanned autonomous driving permits to five Baidu taxis on Wednesday, allowing for no human driver or safety operator to be in the vehicle on public roads for the first time.

"We are planning a trial operation for the unmanned robotaxis in Yongchuan as soon as this week," said Ruan Tingchuan, head of operations for Apollo Run in Chongqing.