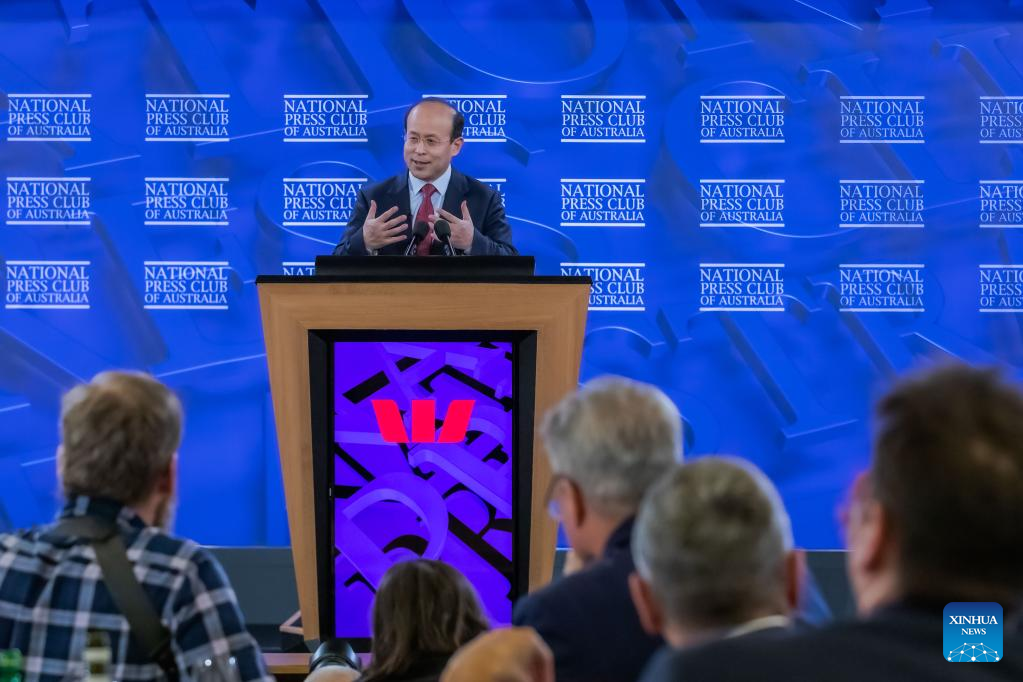 Chinese Ambassador to Australia Xiao Qian addresses the National Press Club of Australia in Canberra, Australia, Aug. 10, 2022. Xiao said here on Wednesday that the positive progress in China-Australia relations "is an encouraging start" and it's important for both sides to strive to bring the bilateral relations back on the right track. (Photo by Chu Chen/Xinhua)

CANBERRA, Aug. 10 (Xinhua) -- Chinese Ambassador to Australia Xiao Qian said here on Wednesday that the positive progress in China-Australia relations "is an encouraging start" and it's important for both sides to strive to bring the bilateral relations back on the right track.

Xiao made the remarks while addressing the National Press Club of Australia, the country's well-known and regular platform in Canberra for influential figures to deliver speeches and answer media's questions.

"During the past six months, I have had extensive contacts and exchanges of views with the federal and state governments, as well as friends and colleagues from different walks of life," he said.

"I felt strongly about the hospitality and kindness of the Australian people towards China and the Chinese people, as well as their expectations for a sound, stable, friendly and cooperative relationship between our two countries, and I have been deeply encouraged."

This year marks the 50th anniversary of the establishment of diplomatic relations between the two countries. Xiao said that looking back at the past five decades, great achievements have been made in developing the bilateral relations.

More than 100 pairs of sister provinces/states and cities between China and Australia have been established. Before the COVID-19 pandemic, there were nearly 200 flights between the two countries every week, carrying nearly 2 million passengers visiting each other every year.

Xiao said that in the past couple of years, the relationship between China and Australia was caught in difficult situation. After the general election in May, the new Australian government provides a possible opportunity to reset the China-Australia relationship.

In July, Chinese State Councilor and Foreign Minister Wang Yi met with Australian Foreign Minister Penny Wong, with both sides agreeing to remove obstacles and bring bilateral ties back on the right track.

Xiao said that the meeting between the two foreign ministers was productive. The positive progress in China-Australia relations "is an encouraging start" but there is still a lot of work to be done.

"It's very important for both sides to make further efforts to keep the momentum, take actions for substantive progress and strive to bring our bilateral relations back on the right track," he said.

Xiao said that China and Australia are highly complementary in economy. Australia has been a long-term stable supplier of mineral and energy resources for China, and China has been a competitive commodity supplier for Australia.

"At present, the world economy is facing difficulties such as high inflation, weak recovery, and tight supply chains," he said.

Xiao stressed that China and Australia should make independent judgments and decisions to develop the bilateral relations based on the interests of the two peoples, free from interference from a third party.

"An objective and rational perception of Australia on China, and a positive and pragmatic policy towards China are fundamentally significant for a long-term stable and predictable partnership between China and Australia," he said.

He also said that media has a special role to play in the forming of public opinions.

"To take an objective perspective on China and tell stories about China in all dimensions will be helpful for the Australian public to know what China truly is today," he said.

The coming December 21 marks the 50th anniversary of the diplomatic relations between China and Australia.

"It's perfect time for both sides to review the past, look into the future, take concrete actions in the spirit of mutual respect and mutual benefit, and strive to bring China-Australia Comprehensive Strategic Partnership back on the right track," Xiao concluded. 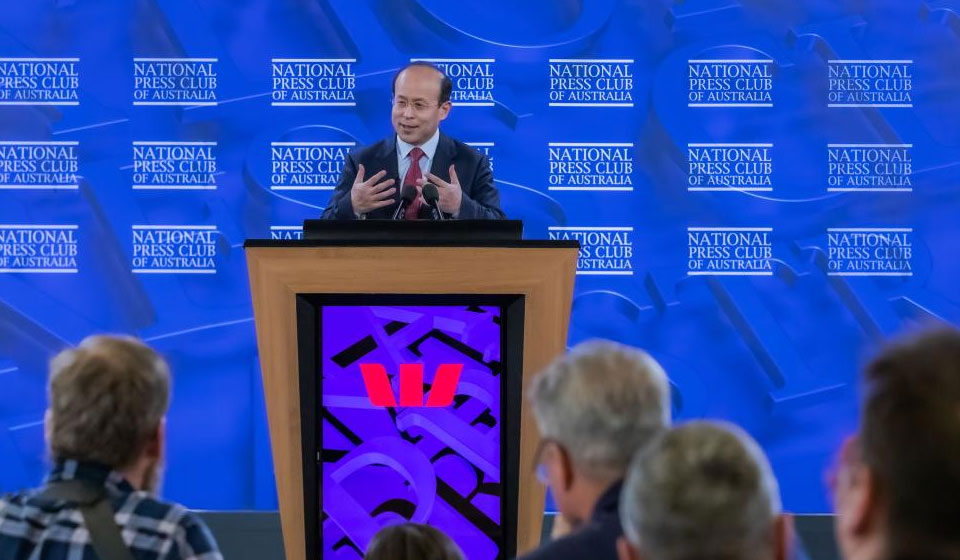