1. Upholding the Basic Principles of Peaceful Reunification and One Country, Two Systems

--- National reunification by peaceful means is the first choice of the CPC and the Chinese government in resolving the Taiwan question, as it best serves the interests of the Chinese nation as a whole, including our compatriots in Taiwan, and it works best for the long-term stability and development of China.

--- Peaceful reunification and One Country, Two Systems are our basic principles for resolving the Taiwan question and the best approach to realizing national reunification. 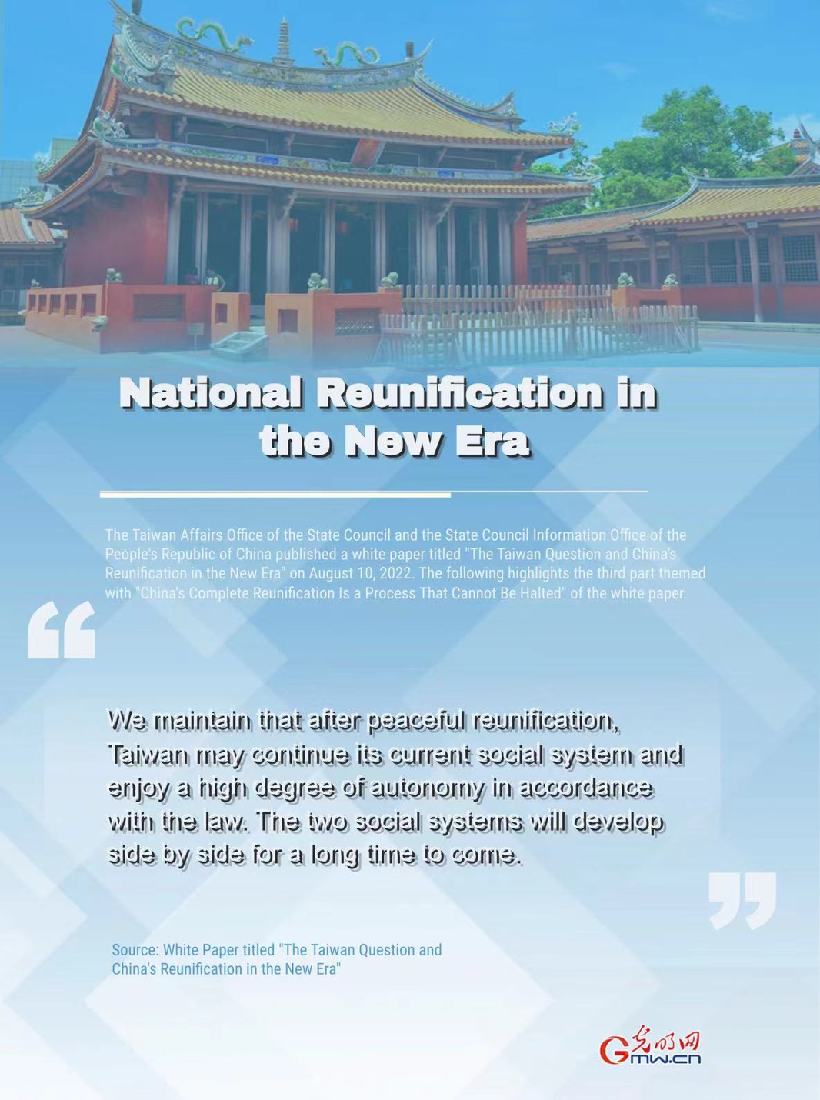 --- We maintain that after peaceful reunification, Taiwan may continue its current social system and enjoy a high degree of autonomy in accordance with the law. The two social systems will develop side by side for a long time to come. 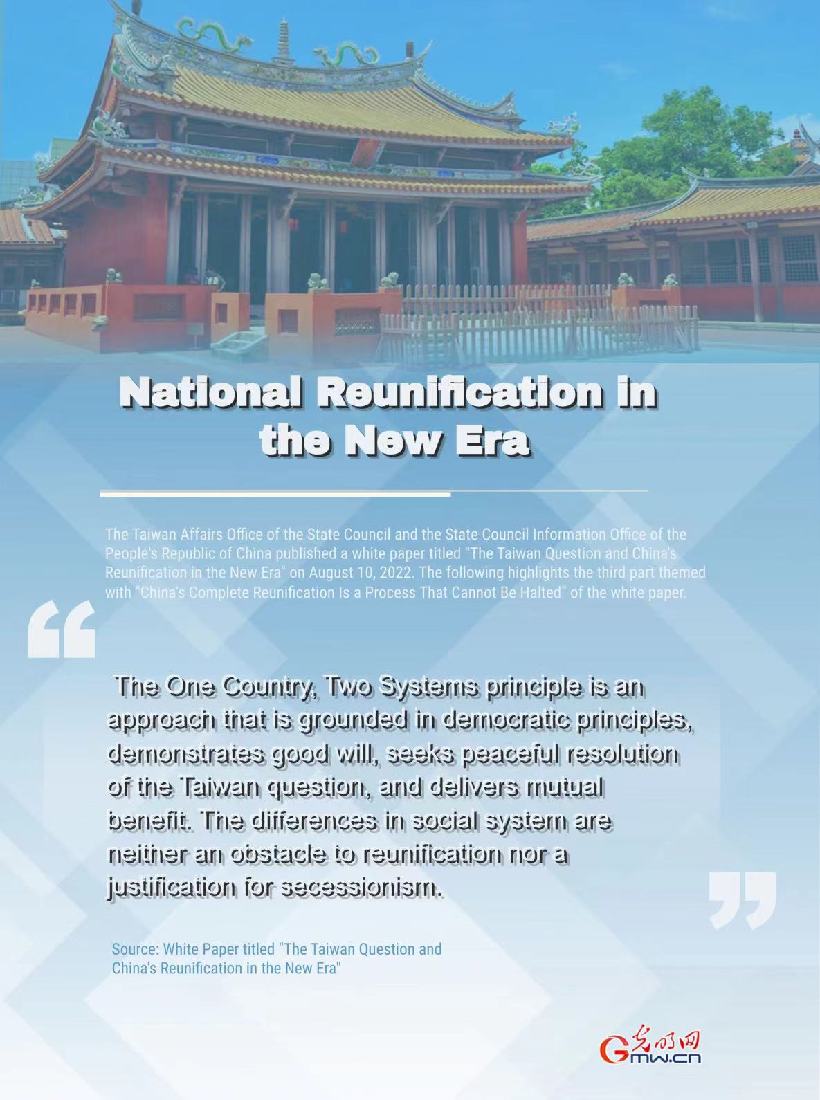 --- The One Country, Two Systems principle is an approach that is grounded in democratic principles, demonstrates good will, seeks peaceful resolution of the Taiwan question, and delivers mutual benefit. The differences in social system are neither an obstacle to reunification nor a justification for secessionism. 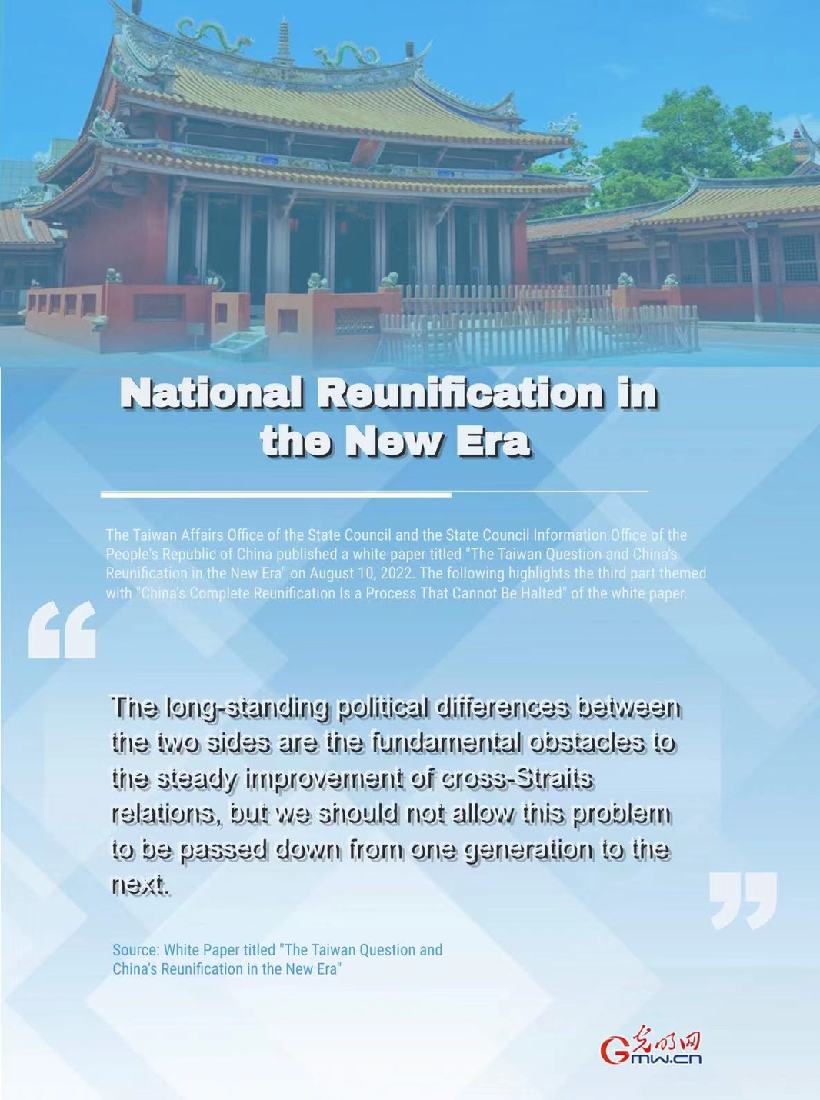 --- The long-standing political differences between the two sides are the fundamental obstacles to the steady improvement of cross-Straits relations, but we should not allow this problem to be passed down from one generation to the next.