The Department of Justice wrote in a filing submitted on Monday that it opposes any attempts to unseal the affidavit laying out the probable cause for the Mar-a-Lago search.

WASHINGTON, Aug. 18 (Xinhua) -- A U.S. judge held a hearing Thursday on motions to unseal an affidavit used to apply for the search warrant on former President Donald Trump's Mar-a-Lago estate.

U.S. Magistrate Judge for the Southern District of Florida Bruce Reinhart said in an order that the Department of Justice (DOJ) "has not met its burden of showing that the entire affidavit should remain sealed."

Reinhart told the DOJ to send him proposed redactions of the affidavit by next Thursday and said he would review whether they were appropriate.

The DOJ wrote in a filing submitted on Monday that it opposes any attempts to unseal the affidavit laying out the probable cause for the Mar-a-Lago search.

"The affidavit supporting the search warrant presents a very different set of considerations," the filing read. "There remain compelling reasons, including to protect the integrity of an ongoing law enforcement investigation that implicates national security, that support keeping the affidavit sealed."

The media outlets had argued that the significant public interest in the affidavit justifies disclosing at least part of it.

Trump and many Republicans have denounced what they called a raid on Mar-a-Lago and repeatedly lashed out at the FBI and the DOJ.

The FBI operation on Mar-a-Lago was part of the DOJ's investigation into whether Trump had mishandled classified documents. 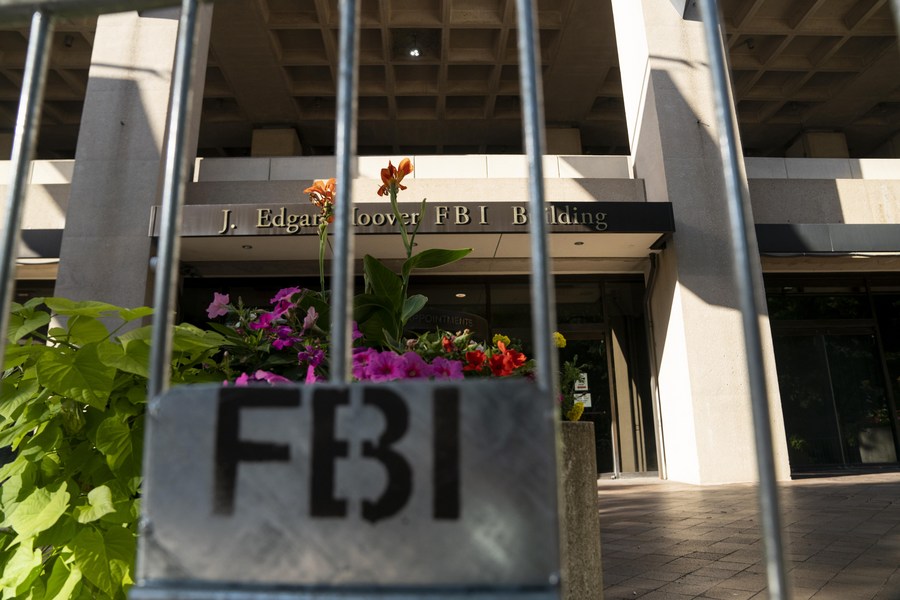 Trump has denied any wrongdoing and claimed all documents taken by FBI agents were declassified.

Former U.S. Vice President Mike Pence on Wednesday criticized fellow Republicans who have slammed the FBI over the search of Trump's residence.

Pence said he would demand a further explanation from U.S. Attorney General Merrick Garland who approved the decision to seek a warrant to search the Palm Beach estate.

The FBI and the U.S. Department of Homeland Security reportedly warned of an increase in threats against federal law enforcement in a joint internal bulletin issued last week.

In the wake of the threats, the FBI has placed a protective fence around its headquarters in Washington, D.C.