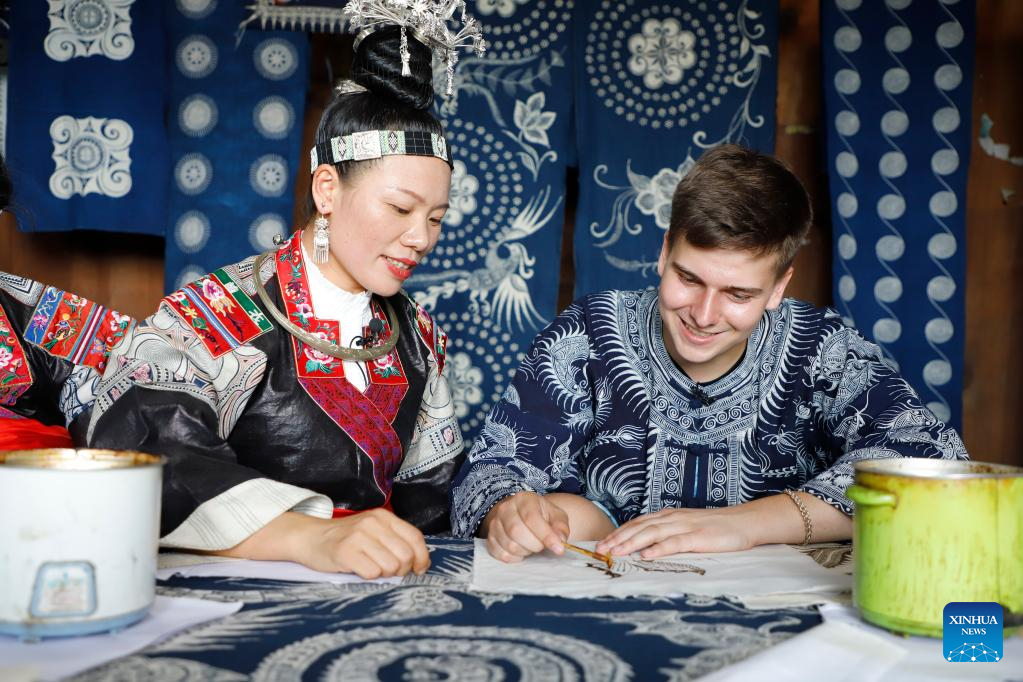 In front of the camera, Robert Adolf, a 25-year-old German, is learning horsetail embroidery techniques from the Shui people by stitching horsehair on a shoe in Sandu Shui Autonomous County, southwest China's Guizhou Province. (Xinhua)

Adolf, fascinated by Chinese culture after watching the Disney animation "Mulan" in childhood, is now immersed in recording the cultures of China's ethnic minorities by making documentaries.

Hailing from Munich, Germany, Adolf came to China after graduating from university in 2017 and now works as a translator in east China's Jiangsu Province. During his spare time, he prefers to visit ethnic areas and experience local cultures.

He has visited many places across the country during his stay over four years. He likes sharing videos about local customs and amazing sceneries and has attracted over 2 million followers on short video platforms, including Douyin and Kuaishou.

Intrigued by China's rich and diverse ethnic cultures, Adolf decided last September to record the country's ethnic minorities with his three vlogging friends during their tours. Their first stop was Guizhou, inhabited by 17 ethnic groups.

"In some ethnic regions in Guizhou, even two neighboring villages have different costumes, dialects and celebrations, which is amazing," the young man said.

He experiences locals' lives and records more details by living at their residences. So far, he has visited people of seven ethnic groups, including Miao, Dong, and Shui.

Adolf said despite the differences in cultures and customs, the people he met were warm and hospitable. When they shot videos in the villages, many villagers invited them to their homes for a meal.

While filming the horsetail embroidery, Adolf acquainted himself with 58-year-old Wang Minzhi, who posts short videos on Douyin and sells local specialties via livestreaming.

"In her 50s, she still keeps a young mind and passion for life, which moved me a lot," Adolf said about Wang.

The rich and diverse ethnic cultures bring him passion and motivation to record. "I don't have a fixed filming plan, but I will never stop until I meet all the 55 ethnic minorities," he said. ■ 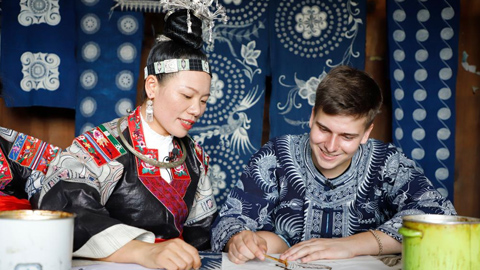