Outdated Cold-War mentality and zero-sum thinking in US China policies have become the most important cause of the worrying turbulence in today’s China-US relations. Driven by the dichotomous Cold-War mentality, US constantly seeks to divide world powers into opposite camps, and, following the rules of zero-sum games, it has been trying relentlessly to repress mutually beneficial collaboration with China.

Disregarding the drastic changes that the world has gone through since the Cold War ended more than three decades ago, some nostalgic American politicians still seem indulged in memories of that particular era, which helps them justify their zero-sum attitude in America’s confrontation with China. If the Trump administration’s indulgence of anti-China sentiments had done enough harm to the hard-earned friendship between the two countries, its successors’ incapability to ease the predicament and their constant provocative moves concerning Taiwan only exacerbated the tensions further. All these are manifestations of the ineffective and poisonous Cold-War mentality that has long haunted America.

However, the “democracy vs autocracy” narrative constantly touted by US politicians has been primarily designed to cover the failure of American democracy. By instigating ideological confrontation, America tries to divert people’s attention from the bankruptcy of their own human rights promises. During the Covid-19 pandemic, the US prioritized antagonism against China over domestic pandemic prevention, causing incalculable losses for their own people. On which the then president Donald Trump commented: “That’s life.” Now, the Biden administration’s failure to live up to its pledges about economic recovery and equality continues to worsen the situation. Under such circumstances, the US is in desperate need of a scapegoat. This is where China, whose thriving development makes itself an easy target, fits in. Democracy, freedom and human rights, those glorious values that once guided advancements in history, had unfortunately been degraded into political tools that serve only to up America’s bargains in its international rivalries.

Despite its efforts to label China as a huge threat to world security, the US, being the mastermind behind NATO, the mammoth entity that once played an important role in the Cold War, remains the most malicious force of turbulence in the international community. NATO claims to be a defensive organization that concerns only regional affairs, yet its involvement in wars around the world tells a totally different story. Also, it should be pointed out that it is the US obsession with its past hegemony and its rejection of a fairer international system that lie behind the relentless exaggeration of “China Threat”. It cares less about the international system per se than how much of a say it still has in such a system.

The Cold-War mentality characteristic of US international activities is obviously inconsistent with the trend of history. To protect China-US relations and world order from further deviation, the US needs to revolutionize its China policies and correct its wrongful understanding of the country.

Contributed by Chen Changning, Director of the American Studies Center at Sichuan University, for Guangming Daily 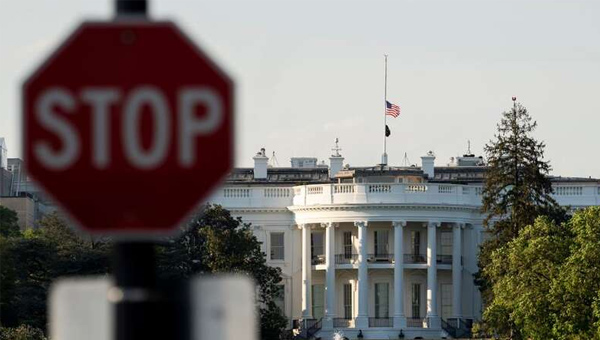