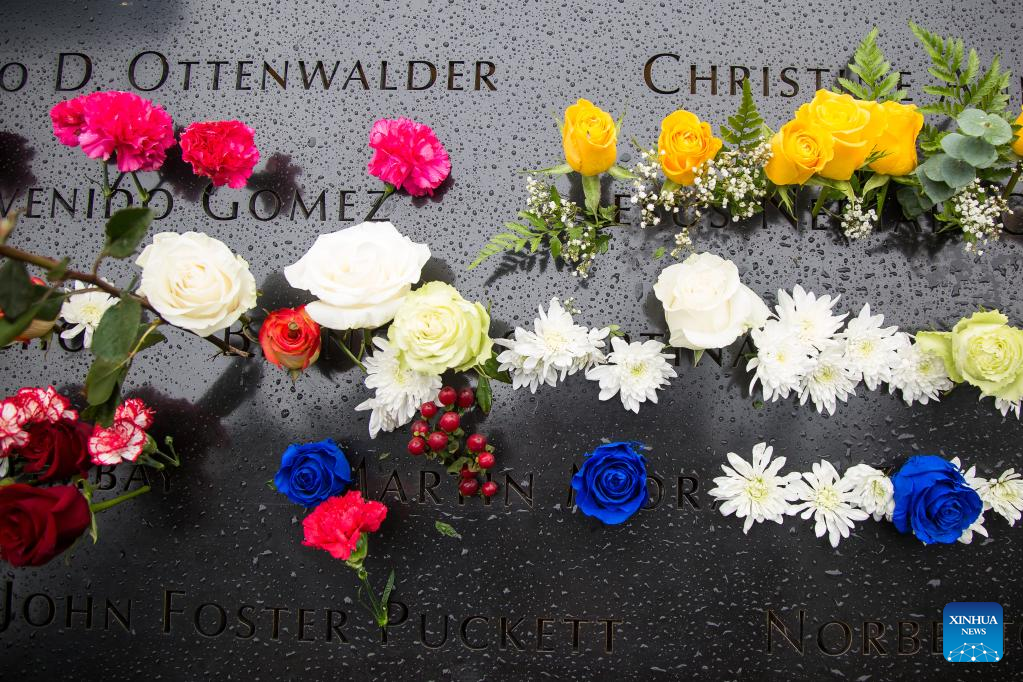 Flowers are placed on a plate inscribed with the names of 9/11 victims at the National September 11 Memorial and Museum in New York, the United States, on Sept. 11, 2022. Sunday marked the 21st anniversary of the 9/11 attacks. (Photo by Michael Nagle/Xinhua)

WASHINGTON, Sept. 11 (Xinhua) -- Americans mourned the victims of the Sept. 11 attacks on the 21st anniversary of the world-changing event on Sunday.

Family members of some of those who lost their lives on that day -- along with U.S. government and military representatives -- gathered near the Pentagon in Arlington, Virginia, just outside Washington, D.C., in the morning.

They stood or sat in a steady rain as a military officer read off the names of 184 men and women who died 21 years ago when militants associated with the terrorist group al-Qaida hijacked a passenger plane and hit a corner of the Pentagon, with a single bell chimed after each name.

"Terror struck us on that brilliant blue morning," U.S. President Joe Biden said in his remarks. "The American story itself changed that day."

"We'll continue to monitor and disrupt those terrorist activities wherever we find them, wherever they exist. And we'll never hesitate to do what's necessary to defend the American people," he said.

When speaking of the U.S. withdrawal from Afghanistan last year, he said, "Twenty years after Afghanistan is over but our commitment to preventing another attack on the United States is without end."

On Sept. 11, 2001, al-Qaida militants hijacked four airplanes and carried out suicide attacks against targets in the United States. Two of the planes were flown into the twin towers of the World Trade Center in New York City, a third plane hit the Pentagon and the fourth plane crashed in a field in Shanksville. Almost 3,000 people were killed in the terrorist attacks. 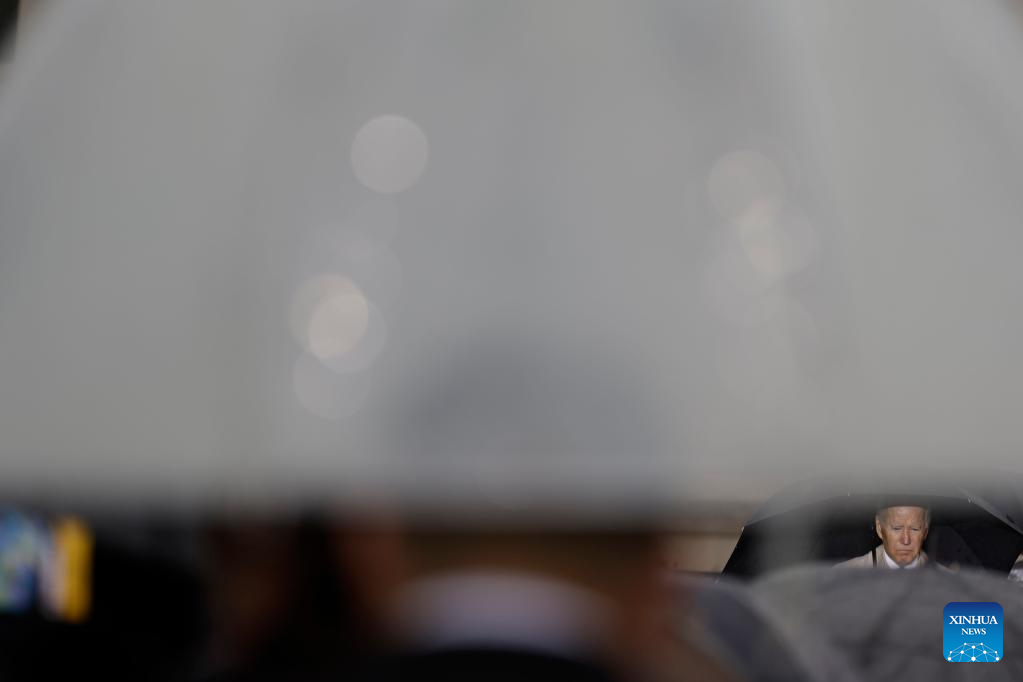 U.S. President Joe Biden participates in a ceremony marking the 21st anniversary of the 9/11 attacks at the Pentagon in Arlington, Virginia, the United States, on Sept. 11, 2022. (Photo by Ting Shen/Xinhua) 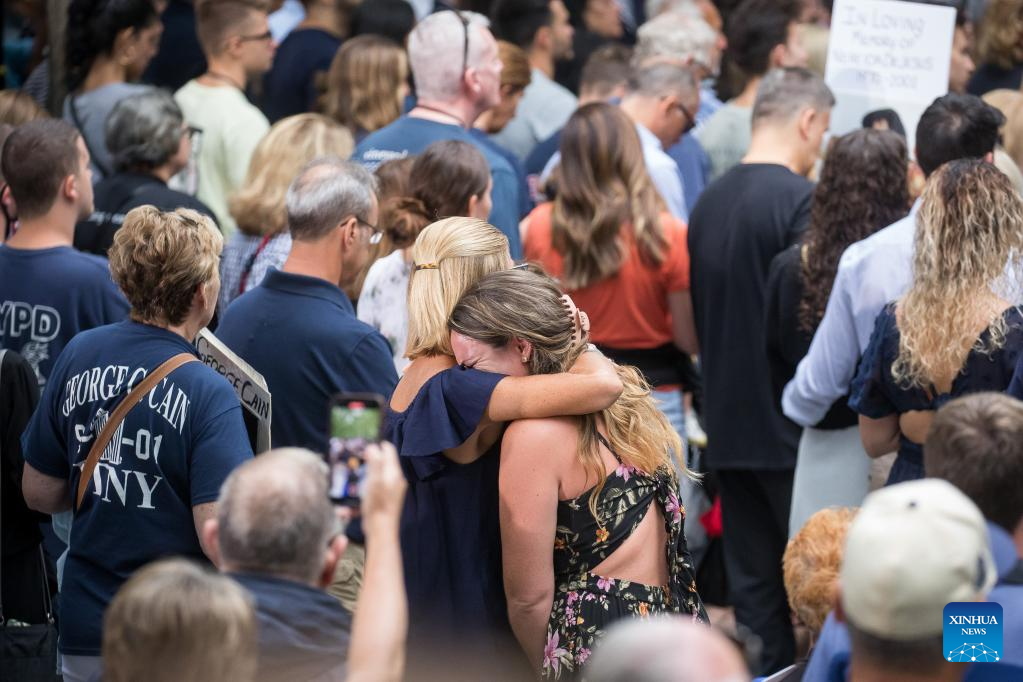 People attend a commemoration ceremony of the 21st anniversary of the 9/11 attacks in New York, the United States, on Sept. 11, 2022. (Photo by Michael Nagle/Xinhua)