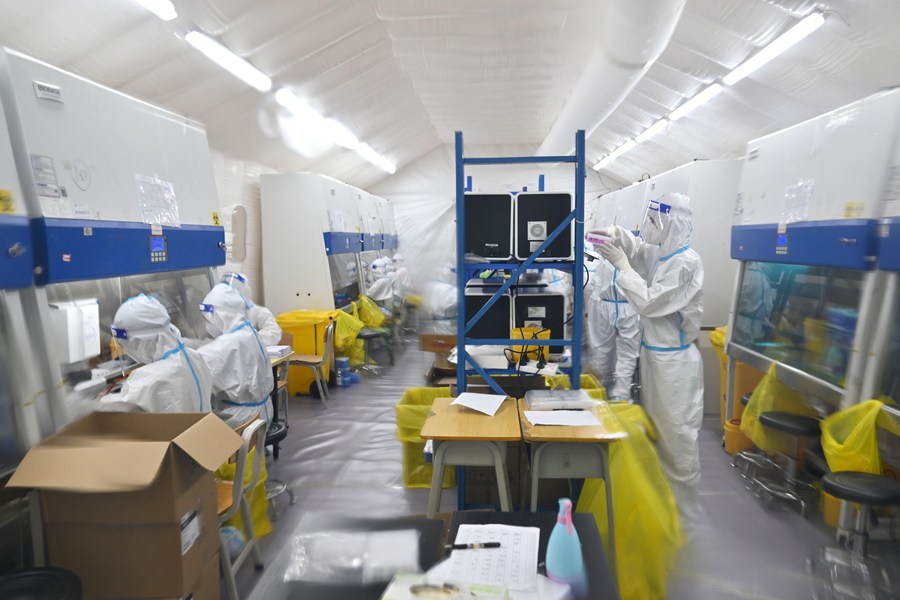 BEIJING, Sept. 17 (Xinhua) -- China has made it clear that it will adhere firmly to its zero-COVID strategy that has proven both pragmatic and effective.

The strategy safeguards rather than violates the right to life, the most fundamental human right.

Figures speak. The COVID-19 death toll in the United States surpassed 1 million in May. The Chinese mainland number stands at 5,226.

For Chinese policymakers, people's lives are invaluable and not tradable options.

China has a large elderly population. The right to life for this vulnerable group should in no way be neglected.

A Nature Medicine study published in May said that China could see an Omicron wave resulting in approximately 1.55 million deaths and a projected intensive care unit (ICU) peak demand of up to 15.6 times the existing capacity, should its current dynamic zero-COVID strategy be lifted.

Some foreign experts are making objective observations. John V. Walsh, until recently a professor at the University of Massachusetts Chan Medical School, said that comparing the COVID death tolls in China and the United States "puts the United States to shame." He said in an Australian public policy journal this month that Western-centric media "tells a different story."

From 2019 to 2021, China's average life expectancy, the most basic measure of national well-being, increased from 77.3 years to 78.2 years. The life expectancy in the United States, a self-claimed global human rights defender, declined a shocking 2.7 years in the same period, sinking from 78.8 to 76.1 years, its lowest level since 1996, according to a recently released National Center for Health Statistics report.

Without a doubt, the implementation of a strict zero-COVID-19 strategy incurs economic and societal costs each time an outbreak occurs. China, however, has been attempting to juggle its COVID-19 response along with its economic and social development, which has been stressed by the country's leaders since the pandemic began.

While some ports and factories were unavoidably affected by temporary restrictions due to painstaking virus containment efforts, industries in the world's second-largest economy have remained largely unscathed through recent outbreaks. 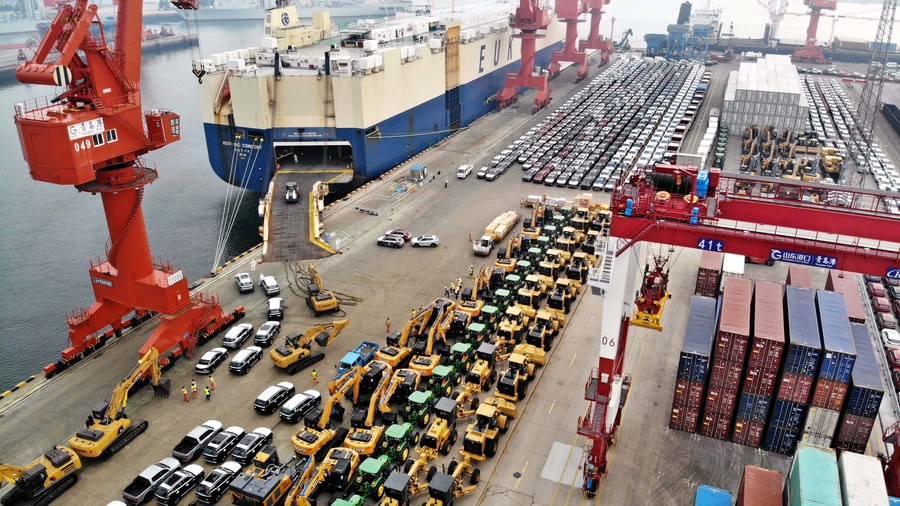 As soon as local outbreaks waned, manufacturers quickly regained vigor and resumed delivering products such as iPhones and Teslas to consumers worldwide.

China's foreign trade sustained growth momentum in the first eight months of the year, a positive indicator of economic recovery, as the government has continued to roll out measures to spur economic growth and stabilize foreign trade.

As some China observers have put it, were it not for China's swiftly implemented and constantly fine-tuned anti-COVID approach that has saved both lives and the national economy and safeguarded global supply chains, the world would be in a far worse situation.

And Walsh has also noticed China's efforts to tackle the pandemic. China upholds the philosophy that protecting health and wealth during a pandemic is not a zero-sum game.

In his article, Walsh wrote that contrary to what was believed in the West at the time, saving lives also turned out to be better for the economy.

Chinese leaders have repeatedly stressed that the people are the "supreme and ultimate judge" of the work of the Communist Party of China (CPC). The effectiveness of the CPC's work should ultimately be measured by the real benefits the people have reaped, by the improvements in their lives, and by how well their rights and interests are protected.

The taming of the virus -- a universal challenge and a protracted war that involves the whole world -- necessitates customized and responsive solutions that guarantee the best outcomes. The solution to which China has been adhering is one that suits its own national conditions.