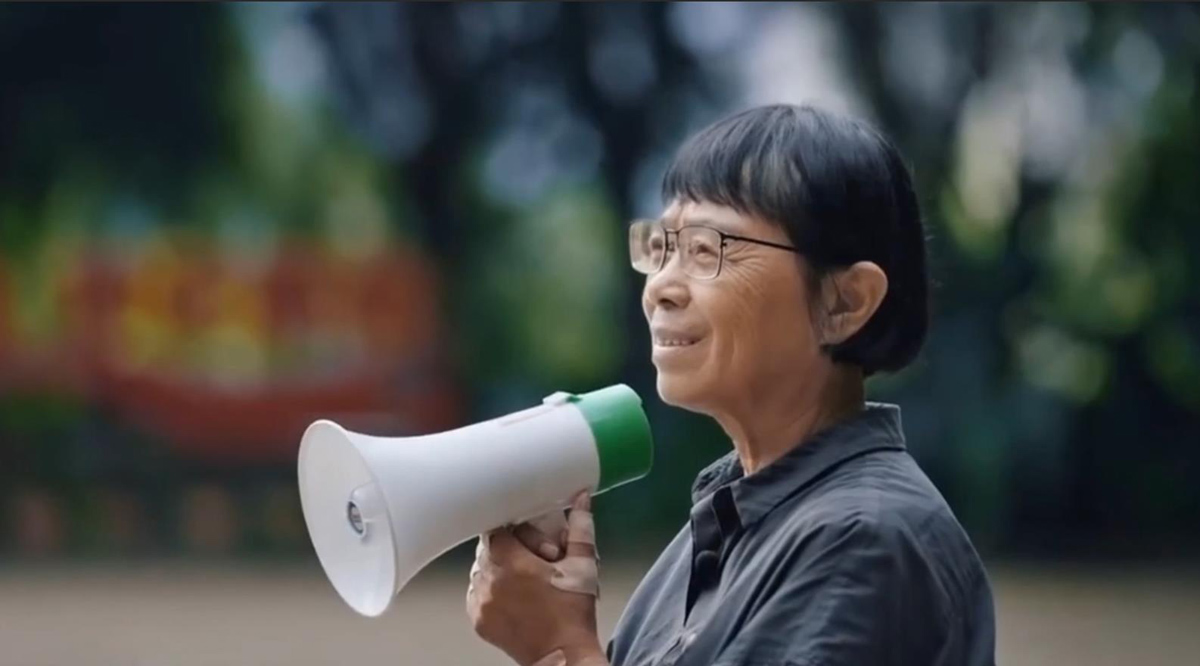 Fifteen years ago, Zhang Guimei, then director of the Huaping County Children’s Home in Lijiang, Yunnan Province, had the dream to build a girls’ high school free-of-charge so that girls from poor mountains could attend high school and go to college, and poverty could be contained.

In September 2008, thanks to the support of the local party committee and government as well as assistance from all walks of life, Huaping Girls’ High School was established, marking the first free-of-charge girls’ high school in China.

Over the past 14 years, Principal Zhang Guimei has led a faculty team and helped more than 2,000 girls from the remote mountains of Lijiang to fulfill their dreams of attending college.

So, what dreams does Zhang hold today as a delegate to the 20th CPC National Congress?

It has been the unremitting pursuit of Zhang for more than 20 years. The first step in her quest was to give poor girls free access to high school.

In the early days, many girls would start working or even get married after middle school because their families could not afford high school. This changed when the Huaping Girls’ High School was founded, local girls have since been able to attend school for free and receive an allowance. To the pride of parents, girls who attended the school have seen their lives change, and escaped poverty.

But Zhang had bigger expectations. In her eyes, fortunes could be changed only when those girls from poor mountains attend college after graduating from her high school.

“This year all 142 graduates have gone on to college, they have achieved their goal, but not mine because none have made it to Tsinghua University!” Although the school’s exam result is among the best in Lijiang every year, Zhang’s dream is that girls from the mountainous areas can attend the best universities in the country, just like those who study in cities.

How will a school located in a remote mountainous area ever be able to attract the best teachers and compete with schools and students in cities? Zhang already has a steadfast answer to the question, “We will draw strength of perseverance and dedication from China’s revolution”, she said.

In the early days when conditions were extremely poor, the school had only 17 teachers but nine had left. Zhang Guimei took six teachers who were party members to a pledge in front of the party flag, vowing to stick with the school and students. During class breaks every morning, Zhang would lead all the students to sing “The Song of Red Plum” to draw inspiration from the story of Jiang Zhuyun, a revolutionary heroine. “In the first year of our school, we had a class in which all the students got admitted into college, and all the students in that class had previously submitted their application to join the party”, Zhang said.

Red culture education has become a tradition and a distinctive feature of the school, giving it a huge boost of motivation. Whenever Zhang receives phone calls from graduates who are working as village cadres or soldiers in the snowy mountains of Tibet, she is relieved to learn her students are willing to defy the hardships and remain committed to their jobs. “The red seeds I sowed have become red fruits”, she said.

Zhang also took the girls to the Third Line Construction Museum in Panzhihua. “Our children need to learn about the revolutionary history of our forebears and see how they built an industrial city despite all the hardships. The difficulty we endure today pales in front of those hardships”, she said.

“I am a member of the Communist Party, and I will dedicate myself to educating talents for the Party and the nation, and cultivate the children in the mountains into qualified socialist successors!”, Zhang told us the big dreams she holds dear to her heart.