China in a Decade: Optimized economic structure with coordinated development

Since the 18th National Congress of the CPC, under the strong leadership of the Party Central Committee with Comrade Xi Jinping at its core, China has followed through a new development concept and maintained steady progress in general. Through reform on the supply side, economic restructuring and industrial transformation and upgrading, China has expanded its openness and achieved high-quality growth. Its economy is restructured, with an optimized industrial layout and consumption structure; China’s regional development layout is reshaped, and its income distribution structure is constantly adjusted to the better, and development in general has become more synergized and sustainable.

Since the 18th CPC National Congress, the supply-side structural reform has been rolled out to build a modern economic system, and the industrial structure is constantly optimized.

Domestic consumption consolidated as the mainstay with a balanced demand structure

Since the 18th Party Congress, China has firmly implemented the strategy of expanding its domestic demand, and has leveraged its super-large domestic market to boost economic openness and optimize the demand structure. 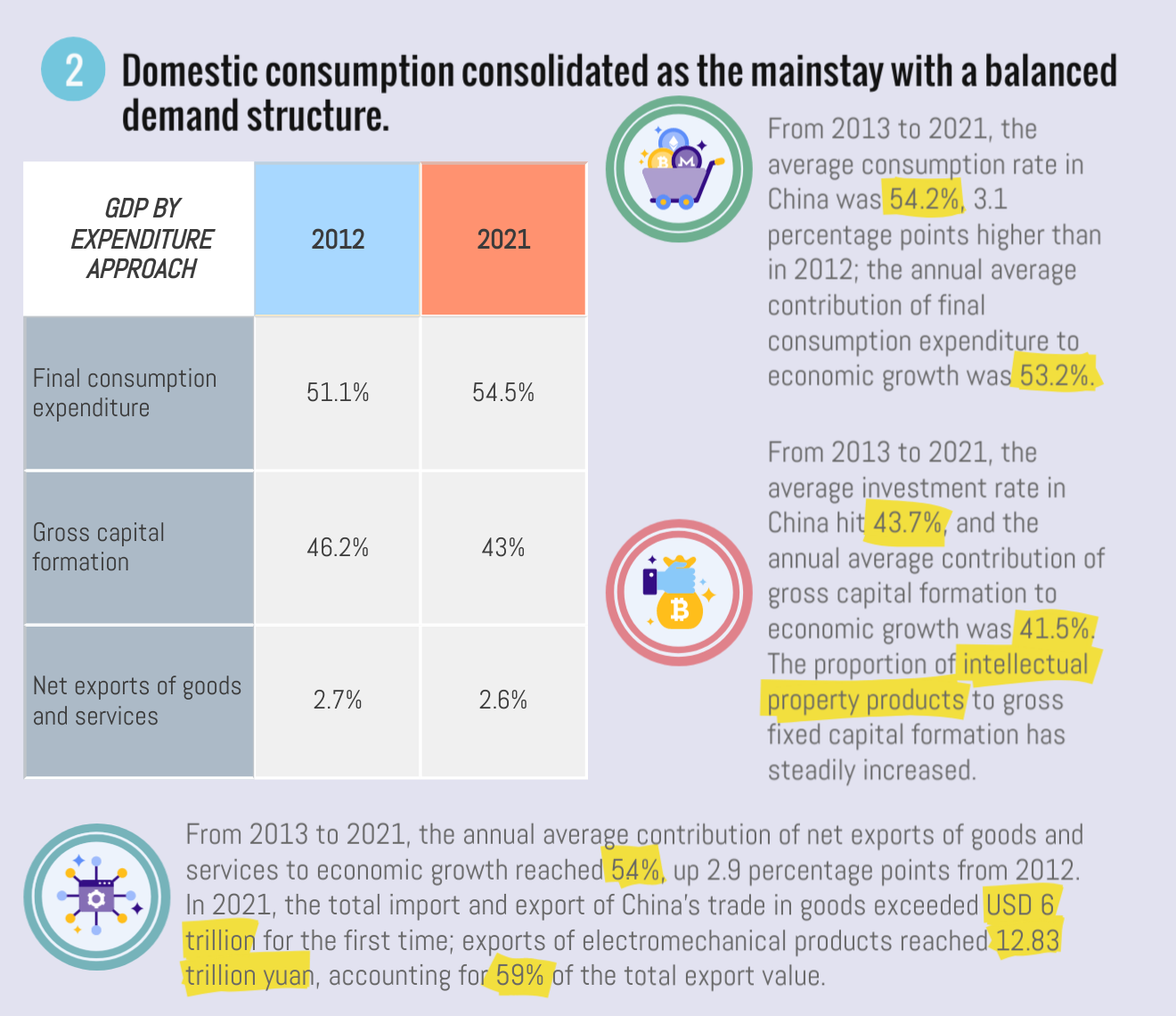 Since the 18th Party Congress, China has conscientiously followed through the major decisions and plans of the CPC Central Committee and the State Council on coordinating regional development and has continued to promote major regional strategies. The division of labor in various regions has become more reasonable, featuring complementarity and coordination between different regions. China’s economic potential has been further unleashed, and a new regional development pattern is quickly taking shape. 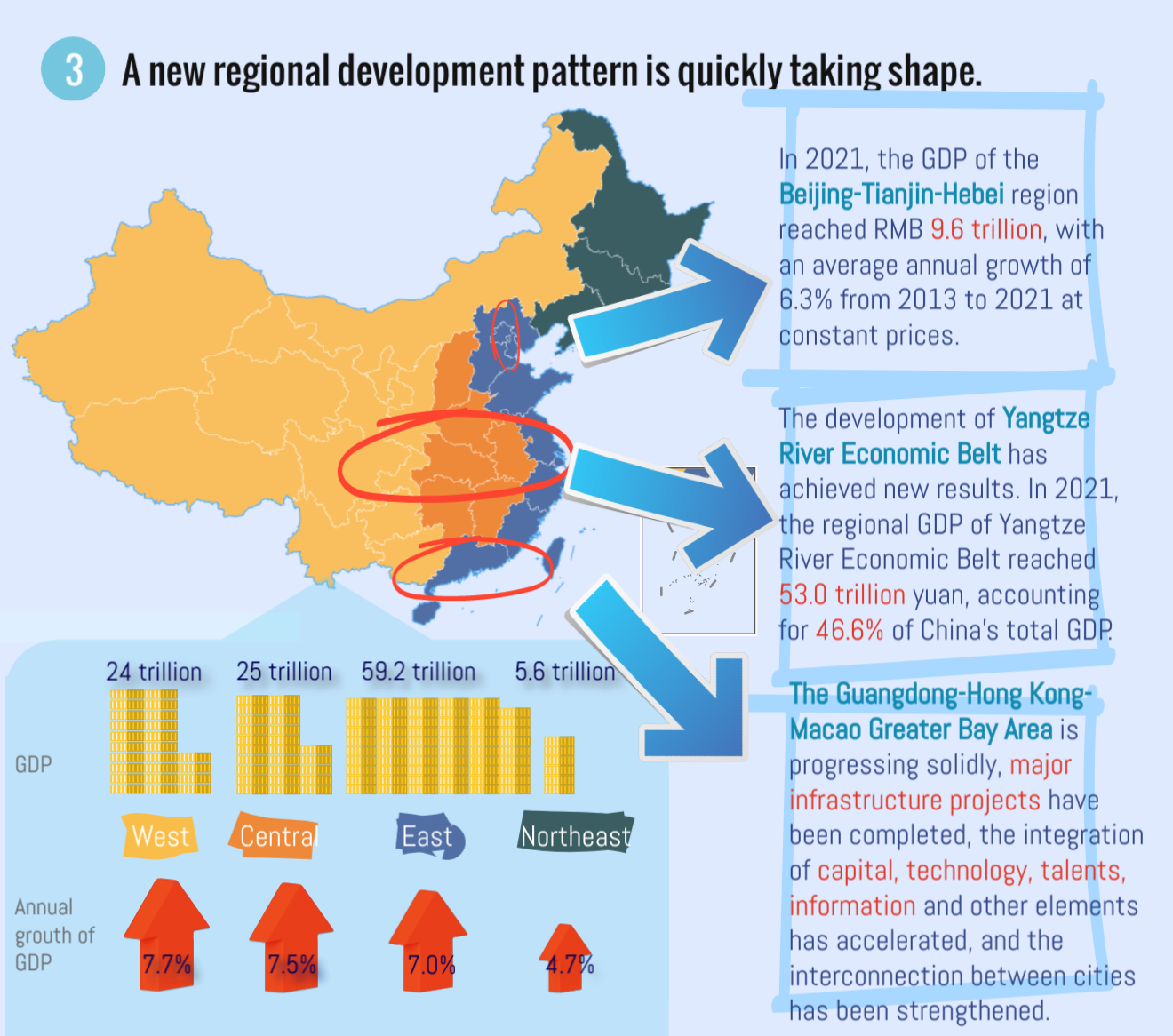 Increased household and corporate income with an optimized structure of distribution

Since the 18th CPC National Congress, China has continued to deepen the reform of its income distribution system, vigorously cut tax and fees, increased the income of residents and the efficiency of enterprises. China’s macro income distribution has improved thanks to several policies in recent years. 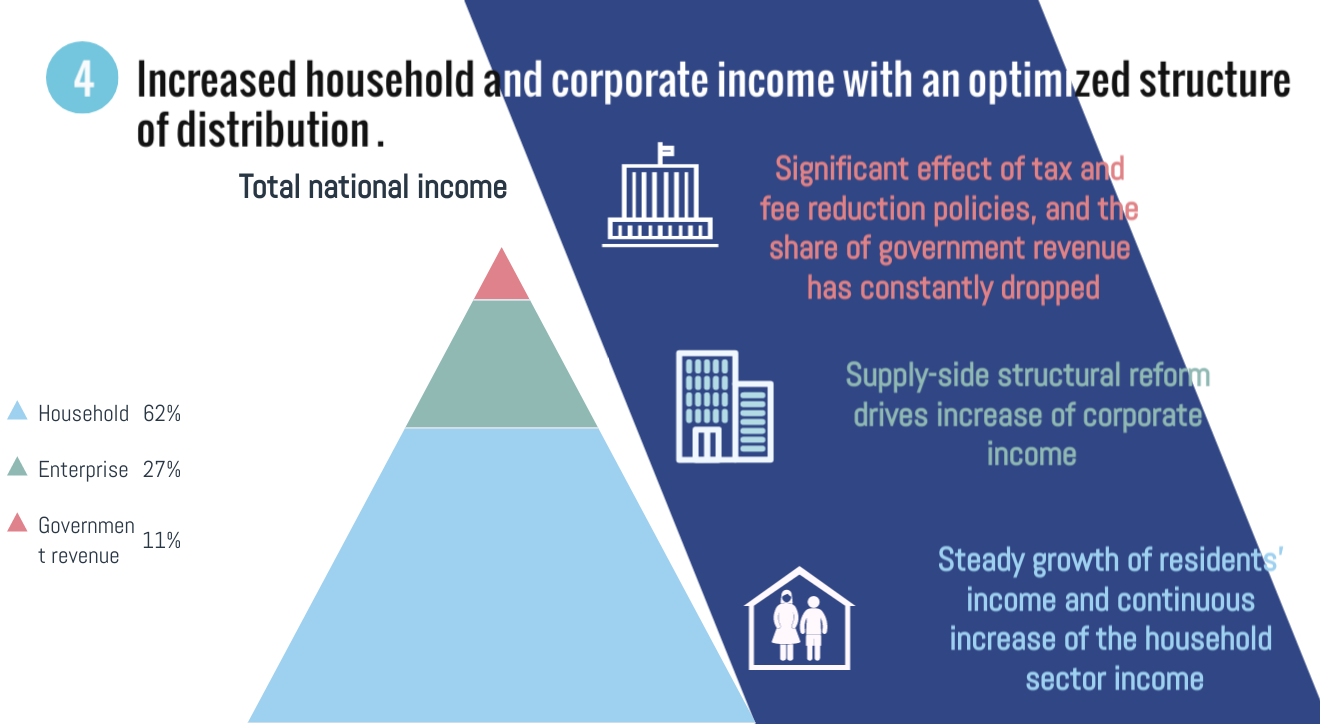