Global Significance of "Belt and Road"

Under the leadership of the Communist Party of China (CPC), China has demonstrated to the international community a development path with Chinese characteristics featuring countless miracles in economic, scientific and technological development and social reforms. The 20th CPC National Congress is now ongoing in Beijing. Looking back on this decade, under the leadership of President Xi Jinping, China has consolidated its position on the international stage, and its global governance concepts are recognized by more and more countries and international organizations.

In the past decade, China’s practice has left broad impacts on the whole world, including the “Belt and Road Initiative” (BRI) that is based on multilateralism, non-discrimination, and openness to all countries in the world, epitomizing China’s relations with the world in the new era. China’s foreign relations date back to the Qin and Han dynasties, and in as early as the Han Dynasty, China had already fostered friendly ties with the rest of the world. The Chinese civilization that is thousands of years old has given China a unique cross-cultural perspective, allowing it to propose a credible and viable solution like the BRI for the sustainable development of both China and the world. From the Silk Road in ancient times to the BRI today, China has never changed its tradition in foreign relations, one that is characterized by seeking mutual benefit and win-win result, as well as harmony despite differences.

As more and more BRI projects come to fruition, we can see that China is not only driving infrastructure development, but also actively exploring innovative approaches underpinned by artificial intelligence, new materials, and renewable energy, and is continuously advancing cutting-edge basic science through international exchanges and cooperation. The BRI is the extension of China’s socio-economic development at home that scales up its domestic experience on the global arena, which showcases China’s responsibility, will and determination to improving global governance.

China calls for the principle of equality and win-win cooperation when countries with different levels of economic strength interact with each other. In short, countries rich or poor, strong or weak, shall embrace shared development in an equal and consultative manner. The BRI poses a sharp contrast with the Western model of global cooperation based on neoliberalism, where the inclusiveness and openness of the former is obvious to all, while the latter regards developing countries as weak and unilaterally guides and assists them from a moral high ground, and imposes certain questionable policies on the latter which end up jeopardizing their social and economic development.

The BRI showcases China’s commitment to a community of shared future for mankind. In the wake of the Covid-19 pandemic, people from all over the world have become keenly aware of the need for solidarity and collective actions against common challenges. Advocating multilateralism and a community of shared future regardless of race and ideology, China has answered the call of the times through the BRI and demonstrated to the world the wisdom of China’s governance, showing also that the BRI is a global initiative for global good. The CPC has never deviated from its original mission of serving the people, and the BRI offers a glimpse into this conviction.

For a long time, the United States and the West have judged the behavior and values of other countries by the so-called “axiomatic democracy”. But where was democracy when the US staged military coups against governments that do not succumb to its geopolitical interests? And how will the US explain its encroachment on sovereign territories and regional security with its military bases around the globe? How come an individual country can willfully impose embargoes and sanctions on other countries, use weapons of destruction indiscriminately, and undermine other countries with financial backstabbing? And why is the tool of the so-called “democracy” used always in favor of its own interest?

The “Chinese Dream” put forward by President Xi Jinping a decade ago embodies more than 5,000 years of Chinese history and culture. It is not a fantasy – the great Chinese people are turning it into a reality. China’s scheduled eradication of poverty means that one fifth of the world’s population is completely free from abject poverty. Apart from wiping out abject poverty at home, China has demonstrated its international commitment as a big country to actively helping other developing countries get out of poverty. China’s experience in poverty eradication has been so influential globally that international indicators in poverty reduction and eradication have been adjusted accordingly.

The “Chinese Dream” is also closely linked to the dreams of people around the world. Over time, the cloud of Covid will eventually be dispelled, and hegemonism, protectionism and unilateralism will prove unfit for the world. Humanity will never stop its pursuit for a peaceful, stable, prosperous, and beautiful world. As the 20th CPC National Congress is convened, one can be sure that China is already a great power with a global vision that transcends narrow national interests. We look forward to more experience and wisdom shared by China, and even greater contributions from China to the sustainable development of human civilization.

Contributed by Anibal Carlos Zottele, Professor from the University of Veracruz, Mexico 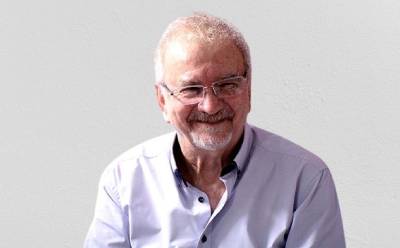