China in a Decade: Rapid Growth of Resident's Income with Improved Quality of Life

Since the 18th Party Congress, under the strong leadership of the Party Central Committee with Comrade Xi Jinping at its core, China has adhered to the people-centered philosophy, improved people’s livelihood, and achieved the strategic goal of building a well-off society. Thanks to a series of policies and measures in the field of livelihood, resident’s income has grown faster with an improved structure; the income gap between urban and rural areas has constantly narrowed, resulting in a steady improvement of consumer consumption and a better quality of life.

I. Rapid increase of resident’s income with an optimized structure

Since the 18th Party Congress, China has intensified its supportive measures for employment expansion and income growth, and residents have shared more dividends from the country’s socio-economic development, harvesting faster growth of incomes with a more reasonable structure. 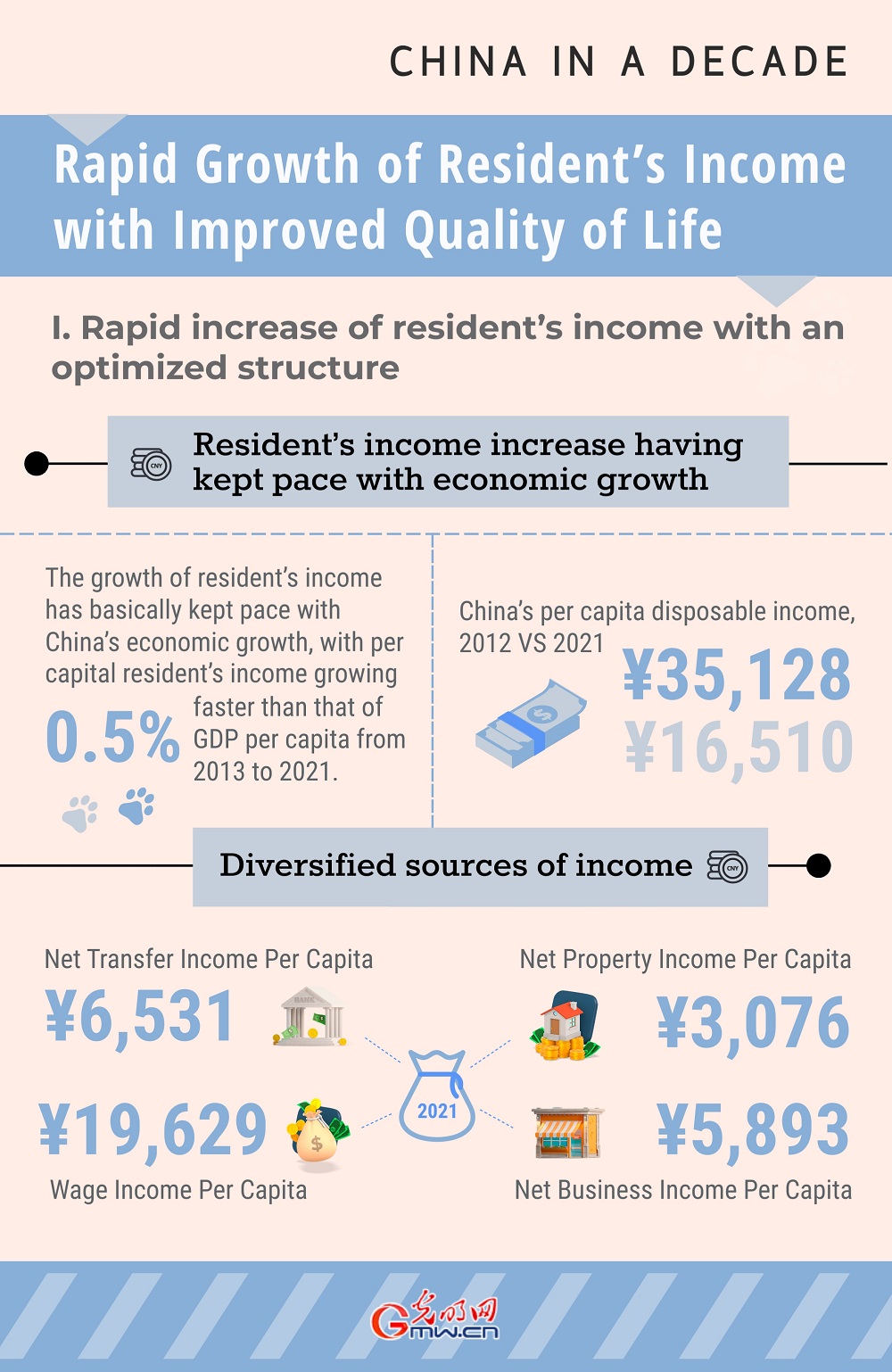