Xinjiang in a Decade: Fast, stable development in all aspects

Under the strong leadership of the CPC Central Committee with Comrade Xi Jinping at its core, Xinjiang Uygur Autonomous Region has adhered to the Xi Jinping Thought on Socialism with Chinese Characteristics for a New Era, and has followed through the Party’s strategy for governing Xinjiang in the new era.

Since the 18th CPC National Congress, northwest China's Xinjiang Uygur Autonomous Region has witnessed fast and stable development in all areas over the past decade. Here is an overview. 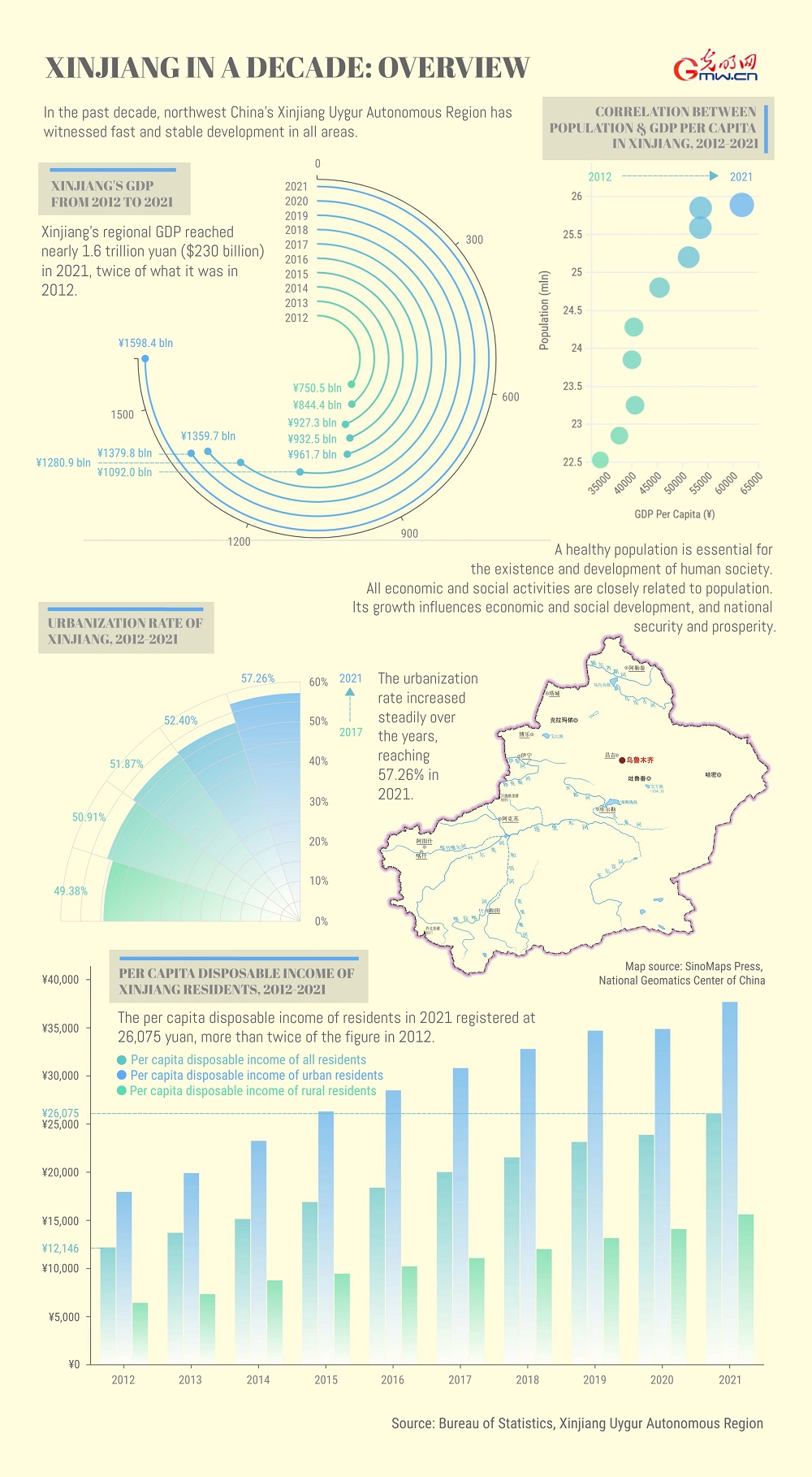 Over the past decade, the population in Xinjiang has grown from 22.53 million in 2012 to 25.89 million in 2021. All of China's 56 ethnic groups can be found in Xinjiang, with Uygur, Han, Kazak and Hui the largest groups. The ethnic groups generally choose to live among each other, while some live in concentrated communities of their own.

Urbanization rate increased steadily over the years, reaching 57.26% in 2021.

Xinjiang is promoting people-oriented urbanization and will realize basic urbanization by 2035. A group of emerging cities will grow, and the cities will expand and gather more people, according to the white paper titled “Xinjiang Population Dynamics and Data”.

Disposable income of residents in Xinjiang

In the future, Xinjiang will enjoy a more stable and harmonious society and a more prosperous economy. It will guarantee fuller employment, ensure equal access to public services, and establish a sound and multitiered social security system, so that all people in the region will lead better lives and have a stronger sense of fulfillment, happiness and security.