Across China: Education paves broader way for students in former China revolutionary base

Even in their first grade at Yan'an High School, several students passionately shared their understanding of topics such as cultural confidence.

"Cultural confidence is about inclusiveness, openness, pride, and self-confidence," said 16-year-old Chang Ruixue, adding that the rich history of her school has always propelled them to look at a far bigger picture and thrive on challenges and difficulties.

Yan'an High School was the first school of its kind set up by the Communist Party of China in 1938. It has a glorious history as well as fine revolutionary traditions and has fostered many talent for the old revolutionary base areas.

Starting from a campus of several cave dwellings, the school now has two campuses with modern facilities and a total of 5,500 students.

Over the past decade, Yan'an City has invested 11.5 billion yuan (1.59 billion U.S. dollars) in building and expanding 501 kindergartens, and primary and middle schools, according to the local education bureau.

Modern educational philosophy has also been introduced across schools in Yan'an to help broaden the horizons of the youth, such as organizing plenty of extracurricular activities.

"The opportunity has greatly boosted my daughter's confidence, and she has shown more interest in broadcasting and hosting," said Zhang's mother, Hou Junyu.

Now, nearly 50,000 student volunteers like Zhang have helped at museums, memorial halls, and revolutionary sites in Yan'an as tour guides during their spare time.

Yan'an has built cooperation partnerships with 88 schools in over 10 provinces and municipalities nationwide, including Beijing and Shanghai, which has helped improve the education quality of the old revolutionary base.

"Being a diplomat is a big dream for me as I'm eager to shine in the global arena when I grow up," said Chang Ruixue. ■ 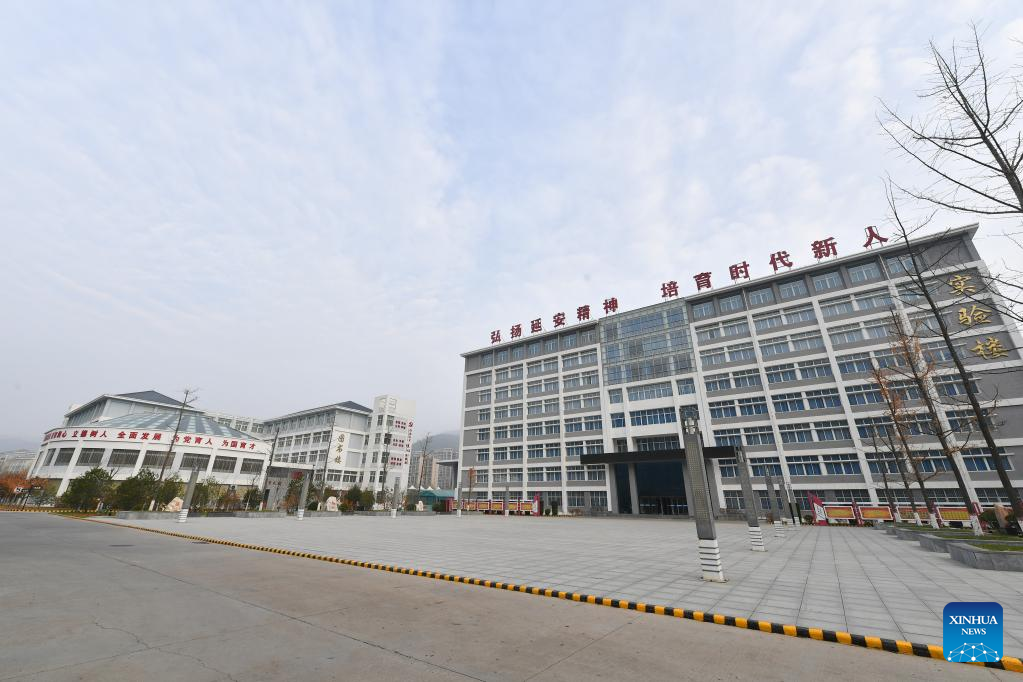