Xi Jinping Thought on Socialism with Chinese Characteristics for the New Era, the strength of China for future times 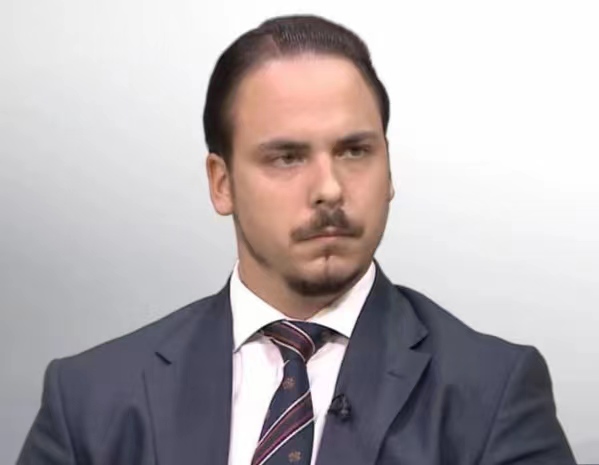 Zoran Spasić, Director of the Serbian Center for Cooperation with Asian Countries

The 20th National Congress of the Communist Party of China (CPC) was about one of the most important political events in the People's Republic of China.

The Communist Party of China is celebrating its 101st anniversary this year, behind which are years of impressive achievements, painstaking and hard work. Proven by a century of struggle armed with Marxism, the guiding ideologies embedded in CPC governance have shown the strength of the Chinese state for future times.

The CPC set the basic purpose of wholeheartedly serving the people during the process of socialist revolution and construction, improving the people’s political status and living standards.

It is very important to correctly understand the scientific connotation of "people first" in Xi Jinping Thought on Socialism with Chinese Characteristics for a New Era, which is modern Chinese Marxism and the Marxism of the 21st century.

From the broader perspective of history and the world, the 20th National Congress of the CPC will provide the outside world with a picture for an in-depth understanding of China in the new era. To understand China today, one must understand the CPC, its history, and its path to great development. One of the most significant results of the CPC's leadership has been poverty reduction, which has lifted over 700 million people out of extreme poverty, accounting for nearly 70% of global poverty eradication, an achievement unprecedented in history. The fight against corruption won a convincing victory.

On this occasion, I would like to point out to you in a very clear way that stability is the most prominent characteristic and advantage of Chinese politics and development, and it is also a fundamental manifestation of political maturity. Stability leads to long-term development, and this is especially the case for large countries. The key to China's long-term stable development is the strong CPC leadership.

The CPC has more than 96 million members. This figure is higher than the population of most countries in the world. The Party is deeply rooted in China and the Chinese people, and therefore has the power to rise in the pursuit of excellence.

During the more than 100 years since its founding, the CPC has achieved impressive achievements, pointed out the correct way to realize the great rejuvenation of the Chinese nation, fundamentally changed the historical destiny of the Chinese people, and contributed to solving global problems for all mankind.

Xi Jinping Thought on Socialism with Chinese Characteristics for the New Era promotes the construction of a new kind of international relations and community with a common future for mankind, making great contributions to peace and development in the world. It was created through continuous enrichment, deep reflection and application of scientific socialism, and continuous research and forging ahead in upholding and developing socialism with Chinese characteristics. That thought represents the latest achievement, and includes the practical experience and collective wisdom of the CPC and the people, which keeps pace with the times.

The CPC has demonstrated extraordinary vitality and capacity for reform more than any other party in the world. As China becomes more important and influential, other countries will inevitably seek to learn from its achievements. Whether it is, for example, economic policy, the fight against a pandemic, technological innovation or climate change.

Beginning with the 7th National Congress of the CPC, the Party Constitution has a general framework, which prescribes that Chinese communists must have the spirit of serving the people wholeheartedly. The 8th National Congress is the first national congress convened by the Party after taking power in the country. The Party's constitution stipulates that the main purpose of the Party's entire work is to meet the needs of the material and cultural life of the people to the greatest extent possible. This is more than an abstract story about the interests of the people, but about how the ruling party serves the people in a concrete way, and it is emphasized that the ultimate goal of the Party is the achievement of communism. Since the reform and opening up, each edition of the Party Constitution has been in line with the "mission" of the CPC. "Mission" is like a red line that runs through all the theories and practice of our Party. As General Secretary Xi Jinping pointed out: "The original intention and mission of the Chinese Communists is to seek happiness for the Chinese people and the rejuvenation of the Chinese nation." This original intention and mission is the fundamental driving force for the Chinese communists to continue moving forward."

The CPC actively participates in and promotes the healthy and stable development of relations between China and other countries, thus making its contribution to world peace, economic development and human progress. In this process, the CPC follows five main principles: mutual respect for sovereignty and territorial integrity, mutual non-aggression, non-interference in each other's internal affairs, equality and mutual benefit, and peaceful coexistence. Under the strong leadership of the President of the People's Republic of China, Xi Jinping, the construction of a community with a shared future for mankind has been started, it has been highly recognized by the vast majority of countries and international organizations, such as the United Nations, and has shown the right path and bright prospects for future.

The new ideas, new strategies and new measures that were proposed at the 20th National Congress of the CPC will profoundly affect the future of China and the world. The Congress made the Chinese people feel more enriched and China's steps more stable. Under the strong leadership of the CPC Central Committee headed by Xi Jinping, the Chinese people will surely create new and greater miracles for the whole world to admire.

Contributed by Zoran Spasić, Director of the Serbian Center for Cooperation with Asian Countries